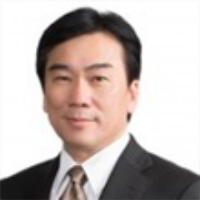 For more than 10 years, Weerawong has been named as one of Asia’s leading lawyers in several practice areas by legal publications. Weerawong is the author of the following books: The Roles, Duties and Responsibilities of the Directors of Listed Companies (Stock Exchange of Thailand, 1997) and The Roles and Liabilities of the Directors of Financial Institutions (Bank of Thailand, 2002). Based on the recommendation of the Securities and Exchange Commission, Weerawong was retained by the World Bank to assist it in its preparation of the Corporate Governance Country Assessment of the Kingdom of Thailand (September 2005). He has been the instructor of the ‘Directors Roles and Liabilities’ course for the Thai Institute of Directors (IOD) since its establishment in 2001. He led the firm’s advisory role to various state agencies during the development of the current framework for PPPs in the EEC. He is leading all five outstanding EEC projects including U-Tapao International Airport, High Speed Rail Linking 3 Airports, Laem Chabang Port, Phase III, U-tapao Aircraft Maintenance Repair Overhaul, and Map Ta Phut Industrial Port Development, Phase III.