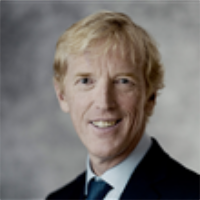 Weyer VerLoren van Themaat has been assisting international clients for over 25 years in the most challenging and complex cases related to merger control and cartel defence litigation, and leads Houthoff Buruma’s competition practice group. In the field of merger control, he has acted, inter alia, in European cases such as TomTom/TeleAtlas. He has a substantial healthcare practice. In 2012, he acted in two out of the three Dutch Phase II hospital mergers and received assignments for litigating merger fines from, inter alia, Singapore Airlines.

He was resident partner at Houthoff Buruma’s Brussels office from 1997 to 2005, after which he returned to Amsterdam. He is chair of Lex Mundi’s Antitrust Competition and Trade Group and a non-governmental adviser to the Dutch Authority for Consumers and Markets (ACM). He publishes and speaks regularly on competition law-related subjects. Mr VerLoren van Themaat is recommended in, inter alia, Chambers Europe (2015 edition), Legal 500 (2015 edition), Who’s Who Legal (2014 edition) and Best Lawyers (2014 edition). He is ‘praised by his clients for his expertise in cartel cases and excellent litigation skills’ (Chambers Europe, 2013 edition: EU and competition). Sources describe him as an enthusiastic and active lawyer: ‘When I need a really good opinion I get him involved’ (Chambers Europe, 2013 edition: EU and competition).