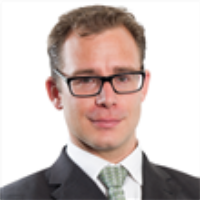 William Hold is a solicitor in HFW’s Geneva office. He regularly acts for trading companies in charterparty disputes and trade disputes involving a range of physical commodities. He has acted in arbitrations governed by the Swiss Rules of International Arbitration, and the rules of the ICC, the SIAC, the RSA and the DIS.

Mr Hold also has a non-contentious practice and he often advises lenders and borrowers on commodity finance matters, and other parties on general commercial issues, which are usually related to commodities trading.

Before joining HFW, he practised for several years as an avocat in Geneva and spent several further years in Singapore practising as a foreign lawyer in the shipping and trade department of one of the largest firms in South East Asia.