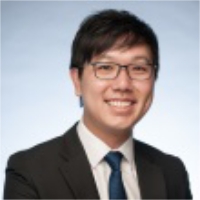 He advises market participants and operators in these industries on matters such as the establishment and conduct of operations in Singapore, as well as licensing and compliance matters.

Boon Kiat is familiar with the preparation and negotiation of project documentation for infrastructure and public–private partnership projects. He has acted as project counsel for financiers, sponsors and developers in connection with such projects in Singapore and the region.

Boon Kiat also regularly advises on a wide range of general corporate and commercial transactions. These include employment-related matters, the procurement of goods and services (both public and private) and arrangements relating to agency and distributorship, manufacturing and outsourcing.

Boon Kiat graduated from the National University of Singapore in 2009 with an LLB (hons) degree and was called to the Singapore Bar in 2010. During his time at Allen & Gledhill, he was seconded to the London office of a leading international law firm.