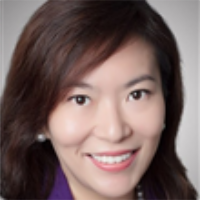 Yuet Ming Tham is a partner in Sidley Austin’s Hong Kong and Singapore offices. She advises international corporations on their legal risks, such as those relating to privacy, data protection and cybersecurity law issues, as well as cross-border compliance and investigations, anti-bribery laws (including FCPA), international trade controls, sanctions, anti-money laundering and dispute resolution.

Prior to joining Sidley, Yuet was the Asia head of the regulatory, compliance and investigations group, and also head of the Asia life sciences group at another international law firm. She has also held roles as a deputy public prosecutor in Singapore and was the Asia Pacific regional compliance director for Pfizer. During that time, she was responsible for compliance and investigations in Singapore, Japan, China, Australia, Korea, India, Indonesia, Thailand, Taiwan, Hong Kong, Malaysia and the Philippines.

Yuet is named as a leading lawyer in Chambers Asia Pacific in four categories, as well as being recognised in IFLR1000 and The Legal 500 – Asia Pacific. In 2014, she was the only lawyer awarded the Client Choice award by International Law Office for white-collar crime practice in Hong Kong. The leading legal directory, Chambers Asia Pacific, noted that industry players appreciate Yuet’s ‘wealth of knowledge of the latest trends across the region’, as well as her having a ‘tough, no-nonsense approach in tackling tricky compliance questions’. In the global edition of the book, she is described by clients as ‘a marvelous and gifted attorney’, and a client observed that ‘two things stand out about her: she is extraordinarily responsive, but is also very good at getting answers to your questions from a practical perspective. In that respect, she really is a gem of a lawyer’. Yuet has up-to-the-minute knowledge on the rapidly changing issues surrounding privacy, data protection and cybersecurity matters related to Hong Kong, Singapore and the rest of Asia. She has written several articles and is a frequent speaker at industry conferences on these subjects.

She speaks English, Mandarin, Cantonese and Malay, and is admitted to practise in Hong Kong, Singapore, New York, and England and Wales.