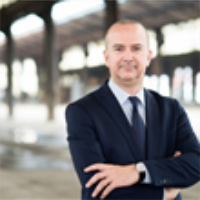 Yves Brosens has a master of laws from the Catholic University of Leuven (Leuven, Belgium), completed an exchange programme at the University of Brabant (Tilburg, the Netherlands), obtained a master’s in economic law at the Catholic University of Louvain-la-Neuve (LLN, Belgium), and obtained an LLM from the University of Georgia (Athens, Georgia, the United States) and a master’s in corporate tax from the IPO Management School (Antwerp, Belgium). Yves joined the corporate department of De Bandt, van Hecke & Lagae (which became Linklaters in Belgium) and moved to Caestecker & Partners to create the banking and finance team (this firm became DLA Piper in Belgium). He remained with this firm for 18 years and created a very well-performing finance team. In 2016, he joined ALTIUS, one of the largest Belgian firms, to head the finance team and to bring additional competence to the firm in respect of financial structuring. Yves is a specialist in respect of lending and taking security in Belgium, and completes this with a good knowledge of lending and taking security under OHADA law, which fits in with his project and export finance activities on the African continent on behalf of investors and lenders from Europe, Asia and the United States.