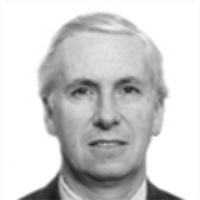 Leon Larrain is a transactional lawyer with extensive experience in the areas of mergers and acquisitions, banking and finance, and project finance. Mr Larrain practises also in telecommunications, securities and real estate projects. He is ranked as a ‘Recommended Individual’ in Corporate/M&A and also in Banking & Finance by PLC Which Lawyer 2012. He has also been recognised by Chambers and Partners for his work in Banking & Finance and M&A. Mr Larrain has served in several committees of Baker McKenzie. He provides pro bono work for several institutions. He has been admitted to the bar in Chile since 1980. He is a conciliator at the International Centre for Settlement of Investment Disputes (ICSID) in Washington, DC, appointed by the Chilean government.

He speaks Spanish and English.