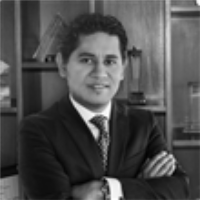 Pedro Palma-Cruz is a senior associate at Sánchez Devanny. From 2009 to 2012, Pedro was with the Mexican national Tax Administration Service (SAT), where he specialised in areas such as international tax audits, legal support and international tax affairs, and large-taxpayer legal matters, participating in audits of foreign tax residents, the issuance of tax rulings, and exchange-of-information procedures with foreign authorities in the Mutual Agreement Procedure (MAP). From 2015 to 2016, Pedro was engaged in the field of hydrocarbon verification, participating in audits conducted in the hydrocarbons sector focusing on payments made to foreign tax residents and transfer pricing.

In 2011, he was also designated as an attendant member of Working Group No. 1 of the Organisation for Economic Co-operation and Development (OECD), as part of the Mexico delegation. In the same year, his paper on ‘The payment as an event that triggers the benefits of tax treaties’ was recognised for inclusion in the Poster Programme of the 65th Congress of the International Fiscal Association (IFA) in Paris, France. In 2018, he was recognised for a second time by the IFA, in the context of its international award for investigative research, for his work on ‘The creation of value and the arm’s-length principle’.