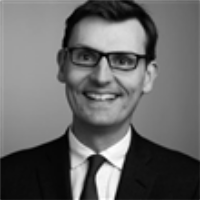 Matthew is a partner at Herbert Smith Freehills, based in London and focusing on energy and infrastructure finance. Matthew began working on PPPs with the advent of the private finance initiative in the UK in the mid-1990s and he has since advised on numerous PPPs and other forms of private sector investment in public infrastructure in the UK and across Europe, the Middle East and Africa.

Matthew has experience across a wide range of sectors, including roads, rail, healthcare, education, custodial, defence, IT and power (including renewables and nuclear). In recent years he has acted for either sponsors or lenders on PPPs in the UK, Norway, the Netherlands, the Czech Republic and Slovakia. Career highlights include acting for EDF on the development and financing of the Hinkley Point C new nuclear project, the UK government on support for Network Rail’s acquisition of Railtrack out of special railway administration, and the funders on the monetisation of toll receipts from the Salik toll system in Dubai.

Matthew obtained a degree in natural sciences and law from Gonville and Caius College, Cambridge in 1994 and qualified as a solicitor in 1998.

In recent years public-private partnerships (PPPs) have been under examination in a number of jurisdictions, particularly in countries that have long-established and relatively mature relationships with PPPs. Questions have been asked about significant issues including value for money, flexibility and, not least, the validity of the fundamental element of partnership within that model. In addition, attention has been given in many places to the most appropriate contractual model for PPPs and industry consultations have been undertaken as to the extent to which those models remain best suited for the purpose.