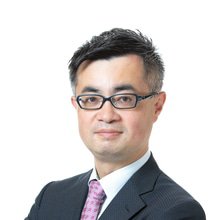 The Japanese legal system is based on civil law, and courts render decisions based on the primacy of codified law. As opposed to common law systems, such as that found in the United States, there is less emphasis on judicial precedents that judges use as bases to rule in subsequent cases. Japan has a unified court system, of which the highest level is the Supreme Court. There are no separate and discrete state court systems. There are generally three tiers of courts, with actions first filed in a court of first instance, followed by an intermediate appeal to one of eight high courts, followed by an appeal to the Supreme Court.

There is no discovery procedure under Japanese civil procedure laws. Parties are required to obtain evidence to establish or disprove the merits of a plaintiff's claim of their own accord. Each party is therefore required to evaluate and prepare its claims based on the evidence each has in its possession. This differs significantly from US civil procedure rules, which call for lengthy discovery periods where the parties are able to seek and obtain information and evidence related to the claims at issue from the opposing party. As there is no discovery procedure in Japan, there is no electronic discovery procedure either. To collect electronically stored information (ESI) under the control of the opposing party or a third party, a party must utilise evidence collection methods permitted under the Code of Civil Procedure (see Section IV).

If a party wants to obtain evidence from the opposing party or a third party, it must try to utilise the collection methods permitted under the Code of Civil Procedure, as set forth below.

Preservation of evidence is a legal proceeding to examine and preserve evidence that might become impossible or difficult to examine by the time the actual hearing is held. It is possible to preserve evidence before a lawsuit is filed, and any kind of evidence, including electronic data, can be subject to this procedure. Parties must provide written reasons for why they need to preserve the evidence and why the evidence needs to be examined when the actual hearing is going to be held.

A party may file a petition with the court to order the opposing party or a third party to submit a document, explaining the necessity of the petition. The party must also describe the following in the petition:

If a court finds that there are legitimate grounds to grant a petition, it will issue the order. In some past cases, courts have determined that documents should be disclosed in electronic form and have accordingly ordered the document holder to disclose the ESI itself.

There is no attorney–client privilege or work-product doctrine protecting the confidentiality of certain documents. However, in the competition law area there has been some discussion on introducing attorney–client privilege in relation to investigations by the Japan Fair Trade Commission. The Cabinet recently approved this through the amendment of regulations and drafting of new guidelines. This is limited to the competition law area, but nonetheless represents a large step forward for the legal system.

In addition, there are cases when a company is asked by the court of a foreign country, or by the parties to foreign litigation themselves, to produce documents or data that contains personal information. Under the APPI, if personal data is to be transferred to third parties in a country outside Japan, a requirement is imposed to obtain the prior consent of the relevant individuals. If the company does not receive consent, which is normally the case, it should consider whether an exception to the rule applies.

Other chapters on Japan

All titles on Japan