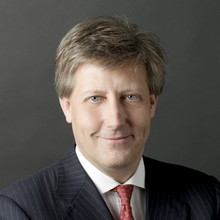 This is already the second edition of The Financial Technology Law Review. Concerns about new developments that blockchain, big data and AI will trigger in the finance sector have not disappeared since the first edition. However, the use of IT in the finance sector is not new and many applications that would be labelled today as fintech are already quite old, at least by today's standards. Financial market participants and their legal advisers already have considerable experience in implementing such changes. As far as improved support products are concerned, the general rules of financial regulations can be applied quite easily to new developments.

Some of the recent developments may already have seen their peak, for example, the great number of cryptocurrencies imitating bitcoin. Others, in particular stablecoins and security tokens, but also robo-advisers and the use of big data, AI and other blockchain applications, may still be at an early stage. They may have the potential to disrupt the industry, at least in some of its sectors. Again, there has been more scepticism, not only in a recent report by the Bank for International Settlements but also in management consultant studies such as 'Blockchain's Occam problem', arguing that blockchain is a technology in search of a problem.

Regulators' surprise about the sheer dynamism of these advances – both the speed of the technical developments and the speed with which such new possibilities were implemented – has ebbed and a number of countries have started to draft (or have already implemented) new laws or changes to their current laws to address fintech issues. This is particularly the case in the area of anti-money laundering rules, a prime concern not only of regulators but also of banks and other financial market participants. Unless the industry can be certain that participating in the crypto-economy will not lead to increased anti-money laundering risks, established financial players remain cautious.

The national solutions chosen (and the speed with which regulators are willing to react by providing guidelines to market participants) varies considerably between jurisdictions. This may be a consequence of different regulatory cultures, but in addition, the existing legal systems may pose varying and unplanned obstacles to the some of the new applications. It may, for example, be difficult to transfer rights on the blockchain if the national code prescribes that rights can only be assigned in writing. Therefore, a structured collection of overviews over certain aspects of fintech law and regulation such as the present one continues to be valuable not only for the international practitioner, but also for anyone who looks for inspiration on how to deal with hitherto unaddressed and unthought-of issues under the national law of any country.

The authors of this publication are from the most widely respected law firms in their jurisdictions. They each have a proven record of experience in the field of fintech; they know both the law and how it is applied. We hope that you will find their experience invaluable and enlightening when dealing with any of the varied issues fintech raises in the legal and regulatory field.

The emphasis of this collection is on the law and practice of each of the jurisdictions, but discussion of emerging or unsettled issues has been provided where appropriate. The views expressed are those of the authors and not of their firms, of the editor or of the publisher. In a fast-changing environment, every effort has been made to provide the latest intelligence on the current status of the law.

The purpose of this inaugural edition of The Securitisation Law Review is to provide securitisation attorneys, borrowers, lenders and other market participants with insight into a sample of structural frameworks and regulatory issues surrounding the industry in a broad array of jurisdictions. This edition is not intended to be a comprehensive overview of securitisation regulation and structures in every jurisdiction, but rather to provide a frame of reference for, and a comparison of, the various structural features available and the regulatory considerations necessary in securitising assets globally.

Despite the significant growth of the global structured product market in recent years, very few books on legal and regulatory issues related to structured products are available. We hope that this publication will contribute to the knowledge base of legal practitioners and other structured product market participants. For our purposes, the term structured product refers to a pre-packaged investment that combines derivatives with other financial instruments to provide a return based on the performance of one or more underlying assets, including equity securities, indices, commodities, interest rates, currencies and, in some jurisdictions, credit risks.