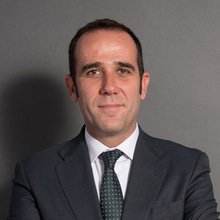 GENERAL TERMS AND CONDITIONS IN A FRANCHISE CONTRACT: AN EXAMPLE IN SPANISH CASE LAW

If an oversight in a contract is potentially damaging, this can prove even worse in a franchise situation. Because the same template is generally used for the entire network of franchisees, the oversight might potentially be reproduced a number of times equivalent to the number of franchisees – and it is perfectly plausible for a franchisor to have more than 500 franchisees spread across the relevant territory.

The fact that the same template is generally used for the entire network of franchises is sometimes used as an argument to obtain the annulment of a clause that has turned out to be contrary to the interests of the franchisee. However, the Spanish courts have established that this cannot be invoked as a reason per se to render an agreement a nullity, and does not release the adherent party (the franchisee) from duly complying with its onus of the proof when a conflict arises and the corresponding action is filed before the courts. The judgment of 20 March 2015 issued by the Commercial Court of Castellón is a good example of this. This judgment referred to the dispute between Servicio de Restauración de Costa, SL and McDonald's Sistemas de España Inc, Sucursal en España.

When addressing the alleged nullity of the clauses mentioned by the plaintiff, the Court established that their general character and their lack of individual negotiation was not a reason to declare their nullity per se. In this regard, the Court referred to the case law of the Spanish Supreme Court and, in particular, to its judgment of 9 May 2013, wherein it was said that such 'mass agreements' represent a common tool in the current legal situation, with this type of agreement justified by the need to speed up negotiations and provide legal certainty to the parties during their transactional agreements.

Notwithstanding that, the Court mentioned the need to establish certain controls that every general condition needs to pass to be considered valid. These are the 'transparency control' (which would include a control on the 'incorporation and transparency' of every single clause in the agreement, and the 'real comprehensibility' of the clauses in the agreement when entered into with a consumer) and the 'content control' (which would affect those clauses that are null and void according to the applicable regulations, and those others that are abusive when the adherent party is a consumer).

In the case submitted to the Commercial Court in Castellón, the adherent party was not a consumer. As a result, only the incorporation and transparency control and the content control could be applied when assessing the nullity of the clauses invoked by the plaintiff. The plaintiff, however, relying only on the iura novit curia principle, failed to comply with his onus of the proof and did not devote any effort to explaining why the alleged clauses were contrary to the unfair competition regulations. Only the clause in the contract determining the court's jurisdiction was found to be null since it contravened an imperative principle (the courts mentioned in the agreements were not the courts of the franchisee's domicile).

The Court applied the same reasoning when deciding about the right to establish additional franchised business: this possibility was not foreseen in the agreements. On the contrary, the franchise agreements mentioned the possibility of other parties settling franchised business in the territory. In this regard, the Court said that, even if exclusivity was common when entering into a franchise agreement, it was not a requirement of these types of agreement. As a result, the plaintiff was not entitled to claim any damages.

As can be seen, therefore, the validity of general terms and conditions in a franchise agreement need to be assessed from the outset. Their general nature is no reason to invoke the agreement's nullity and does not release the franchisee from the burden of proof in the event that a conflict arises.

1 Pablo Berenguer is counsel at Bird & Bird (International) LLP. The information in this chapter was accurate as at January 2018. 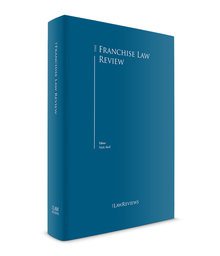