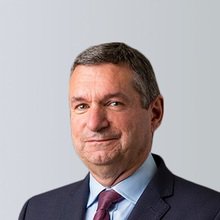 With widespread cyberattacks becoming more common, cyber risk has become a subject of much greater concern for businesses of all sizes.2 Since the high-profile WannaCry and NotPetya viruses of 2017, we have seen attacks on a number of leading companies such as Facebook, Uber, British Airways and Marriott International.

II WHAT IS CYBER RISK?

In order for insureds to be adequately protected against cyber risks, they must fully understand the potential exposures they face. Typically, cyberthreats come from:

Significantly, the High Court has held recently that bitcoin and other cryptocurrencies are 'property'.7 This may well have consequences for the scope of cover granted (deliberately or otherwise) by insurers. As in this case, however, this ruling may also assist insurers in their attempts to subrogate against hackers by, for example, obtaining a propriety injunction over cryptocurrencies believed to have been paid in settlement of ransoms.

There is no standard form or template for a cyber insurance policy, and the clauses included in the policy may vary significantly. There are, however, some policy requirements that are almost universal, including the following.

It is a requirement of all cyber policies that any claims against the insured that are covered under the policy are notified to the insurer within a specified period of time. The precise time will vary depending on the policy and may be anything from 'immediately' to 'as soon as possible', 'promptly' or 'as soon as practical', or within a fixed number of days of the insured becoming aware of the claim. These requirements are almost always conditions precedent to the insurer's liability; cover can be refused if the claim is not notified as required. Most policies also require the insured to notify circumstances that may give rise to a claim.

Cyber policies also require that the insured provides the insurer with all information and data about the claim that is reasonably requested and cooperates fully with the insurer in the management of the claim and in the defence of any third-party claim. These provisions are often conditions precedent to the insurer's liability, with the result that the insured's failure to comply with them will discharge the insurer from liability for the claim.

V INTERACTION WITH OTHER INSURANCES AND 'SILENT CYBER'

Cyber insurance policies will generally purport to exclude physical losses and, increasingly, property policies will also seek to exclude cyber-related incidents. However, there are instances where policies will not explicitly include or exclude cyber-related losses (known as 'silent' or 'non-affirmative' cyber cover). The High Court's decision that cryptocurrencies are 'property' for legal purposes8 has added a further level of complexity to this issue. The question of whether a non-cyber policy would respond to cyber losses is untested and will turn on the construction of the specific policy wording.

The UK regulators are aware of issues relating to silent cyber and the Prudential Regulatory Authority has issued regulatory guidance,9 which sets out how it expects insurers to 'introduce measures that reduce the unintended exposure' to cyber risk from physical and non-physical damage. In July 2019, Lloyd's mandated that all policies provide clarity regarding cyber coverage by either excluding or providing affirmative coverage.10

The importance of precise exclusions can be highlighted by reference to a common 'cyber exclusion' known as the CL380 clause. In summary, this clause is designed to exclude losses which are caused by malicious cyberattacks. However, the onus will be on insurers to prove that the cyber incident was malicious, and any inability to do so will mean that the exclusion does not bite. This is because CL380 does not deal with non-malicious cyber issues, which are in many cases, just as common. In these instances, the CL380 exclusion clause would not be apply, and the insurer may still face liability.

As well as being a pressing issue for businesses, UK and EU legislators have introduced new regulatory regimes that go some way towards mapping out baseline cybersecurity standards. One of the key pieces of legislation is the General Data Protection Regulation EU2016/679 (GDPR), which overhauled previous data protection rules, and which requires data controllers and processors to ensure that appropriate measures are in place to protect against unlawful processing of personal data. The GDPR is reflected in the United Kingdom in the Data Protection Act 2018.

The Security of Network and Information Systems Directive EU 2016/1148 (the NIS Directive) was also implemented by EU Member States in 2018.11 Broadly speaking, the NIS Directive purports to ensure the reliability and security of network and information systems across the European Union by requiring certain 'operators of essential services' (such as energy, transportation and banking sectors (as well as others)) and 'digital service providers' (online marketplaces, search engines and cloud computing services) to adopt appropriate measures to manage cybersecurity risks. Non-compliance with the GDPR and the NIS Directive will expose firms to significant fines.

Both pieces of legislation are likely to continue to apply and remain in force in the United Kingdom notwithstanding Brexit, and demonstrate the additional regulatory burden that businesses are having to comply with and insure against.

1 Simon Cooper is a consultant at Ince.

2 In a Cyber Governance Health Check report published by the Department for Digital, Culture, Media and Sport, it was found that 54 per cent of boards surveyed viewed cyber as a top-level risk. Source: HM Government: FTSE 350 Cyber Governance Health Check Report 2017 (July 2017), www.gov.uk/government/uploads/system/uploads/attachment_data/file/635605/tracker-report-2017_v6.pdf.

6 See Vidal-Hall v. Google Inc [2015] EWCA Civ 311 where the Court of Appeal held that victims of a data breach could recover compensation for distress associated with a contravention of the Data Protection Act 1998, even in circumstances where no direct financial loss had been suffered by the claimant. This principle was subsequently applied in a case against the Home Office (TLT and others v. The Secretary of State for the Home Department and the Home Office [2016] EWHC 2217 (QB)), where a number of asylum seekers' personal data was wrongfully published on the Home Office website. The claimants in this instance were each awarded between £2,500 and £12,500. While the amount of damages a court may award will be determined on a case-by-case basis, these cases demonstrate that a cyberattack resulting in a large volume of data being compromised could result in significant third-party liability.

11 In the United Kingdom, the NIS Directive has been introduced by the Networks and Information Security Systems Regulations (2018 No. 506). 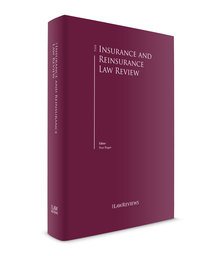