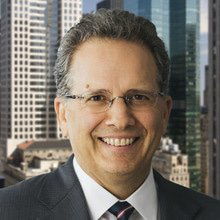 While there has been a push to provide uniform and harmonised intellectual property coverage worldwide, it seems at every turn there are events that pull that goal further away. Thus, there remain significant differences and gaps in intellectual property coverage globally. This is exacerbated by the increase in international trade where practitioners need to know the law in many individual countries, and they also need to understand the differences between those countries.

While jurisdictional differences can be anticipated and addressed, these differences are further magnified by the geopolitical turmoil that persists worldwide. As was the case the previous year, the United Kingdom's Brexit vote and potential departure from the European Union continue to leave a cloud over establishing a Unified Patent Court in Europe. That uncertainty continues in part because even as of 3 April 2019, there has been no Brexit deal and, adding to the uncertainty, Germany has not ratified the UPC. Whether the UPC will ever come to fruition is debatable. Another example is the trade 'wars' between the United States and China. One of the principal disputes is that the US has accused China of misusing US intellectual property rights and has implemented tariffs in an effort to convince China to stop those alleged misuses. While those negotiations are ongoing, the trade dispute has heightened tensions between the countries and lessened efforts at worldwide cooperation on intellectual property matters.

To aid practitioners who are navigating this ever changing landscape of global intellectual property, we now present the eighth edition of The Intellectual Property Review. In this edition, we present 24 chapters that provide an overview of the forms of intellectual property coverage available in each particular jurisdiction, along with an update of its most recent developments. Each chapter is written and assembled by leading practitioners in that jurisdiction. While all involved have striven to make this review both accurate and comprehensive, we must note that it is necessarily a summary and overview, and we strongly recommend that the reader seek the advice of experienced advisers for any specific intellectual property matter. Contact information for the authors of each chapter is provided at the end of this review. 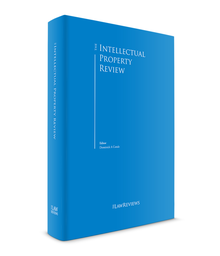 The Life Sciences Law Review provides an overview of legal requirements of interest to pharmaceutical, biotechnology and medical device companies. It is vitally important that lawyers who advise companies in the life sciences sector and the business executives whom they serve have a working knowledge of the regulations and policies that govern drugs, biologics and medical devices. It is equally important to keep up to date with developments in the regulatory systems, which govern access to the market, pricing and reimbursement, advertising and promotion, and numerous other matters that are essential to success. It is our hope that this annual publication will be helpful in this respect.

This book provides an introduction to the basic elements of international franchising and an overview of the way that it is regulated in 37 jurisdictions. It seeks to provide the reader with a high-level understanding of the challenges involved in international franchising in the first section, and then, in the second section, explains how these basic themes are reflected in the regulatory environment within each of the countries covered.

We are delighted to present the second edition of The Financial Technology Law Review. The authors of this publication are from the most widely respected law firms in their jurisdictions. They each have a proven record of experience in the field of fintech; they know both the law and how it is applied. We hope that you will find their experience invaluable and enlightening when dealing with any of the varied issues fintech raises in the legal and regulatory field.