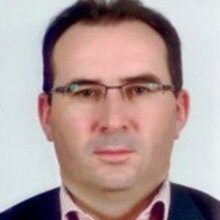 Gabon has been an oil producer for more than 50 years, and while it is located in the famous oil-rich Gulf of Guinea, its production has been reduced by half since its peak oil production in 1997 with no major oil discoveries for several decades. Production is now less than 195,000 barrels a day, with a total production for 2018 at around 9.7 million tonnes, with 2 billion barrels of proven offshore and onshore reserves according to OPEC's world proven crude oil reserves by country for 2018.

Thanks to the geology of the area and new exploration techniques, experts consider that undiscovered major hydrocarbons should be located in the Gabon basin. In order to reduce the decline of mature fields and boost exploration, the Gabonese government enacted a new hydrocarbons law on 16 July 2019.

i Domestic oil and gas legislation

After the 2014 reform of the Gabonese oil and gas sectors and because of the market situation, Gabon decided to adjust again its legislation by adopting the new hydrocarbons Law No. 02/2019 on 16 July 2019 in order notably to restore attractiveness of the Gabonese basin and at the same time promote its 2018–19 bidding round for its 35 offshore blocks. The production sharing contracts' (PSCs) key terms are summarised in Section III.

The new hydrocarbons Law No. 02/2019 provides that an independent regulatory agency be created in order to regulate and control upstream and downstream activities, but the Gabonese Minister in charge of hydrocarbons remains the entry point in order to enter into Gabon oil and gas activities.

The national Gabon Oil Company (GOC) acts as a partner with oil operators and does not currently generally manage the state's participations, which mainly remain under the control of the Minister in charge of hydrocarbons, but GOC has become more and more involved in oil transactions.

Gabon is a member state of the Economic and Monetary Union of Central Africa, states sharing notably some common customs, financial and tax rules as well as the OHADA organisation which enacted common business law legislation for 17 African countries.

Gabon is also a member state of several international treaties regarding notably maritime organisation, pollution, climate, investment protection and arbitration. Gabon notably ratified the New York Convention on the Recognition and Enforcement of Foreign Arbitral Awards, as well as the ICSID treaty.

Under usual PSC terms, any dispute between parties shall usually be settled through ICC (International Chamber of Commerce) arbitration.

While the state usually refuses to waive its rights for immunity of execution on its assets in PSCs, past experience demonstrates that Gabon complies with international arbitration awards, subject to compliance with the domestic enforcement procedure of foreign decisions and awards.

This Law No. 02/2019 provides for the state's approach in its relations with operators and for improvement of the attractiveness of the Gabonese basin by offering better technical, economic and fiscal terms.

As far as upstream activities are only concerned, the Law proposes to operators several types of upstream contracts according to models to be approved by a Ministerial Order, which cannot, however, derogate from the hydrocarbons Law. These are:

Most of all types of oil contracts listed above are approved by Presidential Decree, save for the technical evaluation agreement, which is signed by the Gabonese Minister in charge of oil.

While certain services contract was signed in the past, in particular for multi-client programmes, PSCs remain the main model used in the upstream industry, and all blocks offered in the current bidding round involved PSCs.

Pursuant to the 2019 hydrocarbons Law, access to the upstream oil sector is either by way of tender process or through direct consultation, both processes leading to the signature of hydrocarbons contracts.

Currently and in addition to the 12th bidding round launched in October 2018 (due to elapse in January 2020) for 12 shallow water and 23 deep-water blocks, certain direct negotiations are in progress on other blocks available.

iv Revocation and expiry of licences

The PSC may be terminated by the administration if, after formal notice to the contractor, usually within the 30 day period after its receipt, the following events notably happen:

Pursuant to the 2019 Hydrocarbon Law, the recurrence of offences under the 2019 hydrocarbon law and production sharing contracts can be sanctioned with the withdrawal of an authorisation and the prohibition from conducting petroleum operations (notwithstanding any penalty due for these offences).

The state and contractor entitlements are shared according to PSC terms as mainly described in Section III, bearing in mind that the state may have in certain situations a preemptive right on oil sale. Any oil and gas transaction between the state and the contractor involving provision of hydrocarbons will be in any case set at the Gabonese official price established by the government on a quarterly basis based notably on international market price.

While the administrative title to oil (exploration, exploitation authorisations or permits) cannot be transferred, interests deriving from the PSC can be transferred either directly or indirectly through change of control of contractor. Partial or total transfers of oil interests to a third party may happen, subject to the state authorisation and its preemptive right, if it is notably demonstrated that the assignee has good technical and financial reputation, the transaction does not jeopardise the state interests, does not impact the performance of petroleum operations or reduce the technical and financial capabilities of the contractor. Transfer and possible capital gain taxes need to be paid too.

Transfer of oil interests to affiliated companies are only subject to a declaration to the Hydrocarbons Administration.

The assignor must inform the Hydrocarbons Administration in writing, setting out notably the name, quality and nationality of the assignee, and all the indications relating to its financial and technical capacities, its legal status, and the form and financial conditions of the proposed transfer of the oil interest.

If the Hydrocarbons Administration does not raise any objection and if (1) the state does not exercise its pre-emption rights within a 60-day period, and (2) then GOC for a 45 day period, authorisation is usually deemed to be granted. After authorisation, a new licence is granted in the name of new partners on the block.

Various specific taxes and contributions apply to the oil sector:

Tax incentives may apply for, in particular, marginal and mature fields as well as for gas development.

Apart from those specific hydrocarbons taxes, standard taxation remains, requiring the contractor notably to pay personal income tax of employees withheld by the oil company (from zero to per cent), wage tax (5 per cent), social contributions on wages (24.6 per cent), special solidarity contribution (1 per cent) and VAT (zero per cent and 18 per cent) on limited activities, and withholding tax on services (9.5 per cent and 10 per cent).

This support fund for dismantling obligations needs to be deposited in a Gabonese bank and co-managed by the state and the operator.

Until an upstream company move to exploitation period, it can only have a branch registered for two years, renewable, in Gabon. From exploitation, it has to incorporate a local company in which the state may acquire at market price a maximum of 10 per cent of shares.

Registration of a Gabonese branch usually takes about two weeks to be fully registered, while the incorporation of a Gabonese company by shares takes at least one month after foreign exchange regulations and foreign investment formalities have been completed.

The new 2018 regional CEMAC Act on foreign exchange regulations needs to be considered for any financial flux and investment within and towards Gabon, in particular when it notably provides for certain restrictions on the foreign direct investment in local companies, the opening of foreign and local foreign currencies accounts and requires the repatriation of export proceeds through local bank accounts.

In addition and pursuant to a Gabonese Decree dated 16 May 2011, any non-Gabonese resident person who wants to invest in the Gabonese hydrocarbons sector through the direct or indirect holding of the control of a Gabonese company or the acquisition of the business of a company operating in Gabon needs to obtain prior authorisation from the Minister in charge of the economy. The Minister has two months to reply to such application, and we have never experienced any issue with this.

As in many emerging economies, local content is a key issue; it has become one of the key criteria for the Gabonese state to select its bidder in the tender process of block allocation. At similar economic and market conditions, preference should also be granted to national companies, in particular when subcontracting works, as well as for employment of nationals. While a 10 per cent ratio of expatriates is the standard rate of foreign employment in Gabon, due to the lack of local staff in certain oil and gas specialities, work permits granted to oil operators are sometimes given above this ratio upon provision of a file demonstrating the lack of local staff. In any case, after a certain period usually provided within the PSC, these expatriates should be progressively replaced by local and trained staff through notably pairing.

Gabonese law prohibits bribery and corruption under its Penal Code and its specific law on illicit enrichment according to usual international standards.

Thanks to the adoption of the new 2019 hydrocarbons law (while it needs to be completed by regulatory measures), international investors are back in Gabon. In early August 2019, Petronas signed two PSCs, while the end of the 12th bidding round for 35 other offshore blocks launched in October 2018 is expected to end in January 2020 with other foreign investors. In the meantime, other direct negotiations are progressing on certain other available onshore and offshore blocks, demonstrating the new attractiveness of new proposed economic and tax terms.

1 Jean-Pierre Bozec is the managing partner at Project Lawyers (Gabon). 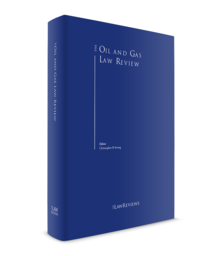