Although patent litigators should always be mindful that patent litigation has, with some justification, been called the 'pathology of the patent system', not so much as a criticism, but more in recognition of how remarkably little patent litigation there is, in fact, when seen in relation to the ever increasing number of patents in force at any one time, patent litigation is also the anvil on which patent law is forged. This is because the 'black letter' law of patents tends to be terse by comparison to most other areas of law, and it is only with experience of how courts and tribunals interpret such law and apply it that one can start to appreciate its true scope and effect. This, in part, explains how such similarly expressed statutory provisions as one finds in different patent laws can sometimes result in such different outcomes in different jurisdictions – disparities that are all the more evident when they concern the same product or process, and patents that, though in different jurisdictions, are all members of the same family, and are all intended to protect the same invention. As it becomes increasingly common for patent disputes to proceed in multiple jurisdictions these differences in outcome become ever more apparent.

Such disparities are not only a consequence of differing substantive laws, or differences in interpretation of similarly expressed laws. They can also be a consequence of the considerable procedural differences between jurisdictions, the nature of which is outlined in this Review. However, the Review does not only summarise patent litigation procedures. The respective contributors to it, as leading practitioners in each of their jurisdictions, also focus on recent developments in substantive patent law as demonstrated by the most important recent court decisions in their respective jurisdictions, meaning that this Review also provides insight into the current controversies that affect patent law generally.

On a global basis courts in multiple jurisdictions continue to be involved in controversies over standard-essential patents, one emerging aspect of which is the potential challenge that these present to the territorial nature of patents, as exemplified by the appeal, to be heard by the UK Supreme Court this autumn, against the imposition by the English courts of a global licence, on terms that they assess, as the price for exploiting standard-essential patents in the UK. Meanwhile, three appeals concerning standard-essential patents are pending before the German Federal Supreme Court, providing it with its first opportunity for a decade (since its Orange Book Standard decision) to revisit this area of the law. In the United States the most prominent controversy remains the question of excluded subject matter, which for want of clear judicial guidance has now attracted the interest of the legislature. In Europe, one apparent trend is towards greater flexibility as to injunctive relief, particularly in medicine – by for example, in the UK, tailored injunctions, or, in Germany, expedients such as compulsory licences, although in Germany there is also talk of legislation to address the issue. Again in Europe, the past year has seen no progress towards the entry into force of the long-heralded Unified Patent Court Agreement. Although the pending challenge before the Federal German Constitutional Court to the consistency of the Agreement with the German Constitution is the only formal impediment to its entry into force, the imminent withdrawal of the UK from the EU as from 31 October 2019 presents a further problem, because the Agreement as drafted does not envisage participation by non-EU Member States. This raises the prospect, even if the German challenge is rejected, of having to amend the Agreement before it can enter into force to take account of such withdrawal; either to exclude the UK from its scope or, as the UK government has urged, expressly to provide for its inclusion, a course that, however, it is not at all clear would be compatible with the case law of the European Court of Justice, irrespective of any treaty language. 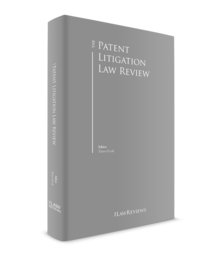 This third edition provides a practical analysis of recent legal and regulatory changes and developments, and of their effects, and looks forward to expected trends in the area of virtual currencies on a country-by-country basis. It is not intended to be an exhaustive guide to the regulation of virtual currencies globally or in any of the included jurisdictions. Instead, for each jurisdiction, the authors have endeavoured to provide a sufficient overview for the reader to understand the current legal and regulatory environment at a high level.