The eighth edition of The Private Equity Review follows an extremely active 2018. While the number of global private equity deals completed declined from 2017, the total value of such deals was the highest since 2007, and the third-highest of all time. Deal activity was weighted towards the upper end of the market, and included several large take-private transactions. Fundraising activity was also strong, as institutional investors remained extremely interested in private equity as an asset class because of its strong performance relative to public markets. As a result, private equity funds have significant amounts of available capital, leading to very competitive transactions being completed at increasing purchase price multiples. This has caused private equity firms to become even more creative as they seek opportunities in less competitive markets or in industries where they have unique expertise. Given all of this, we expect private equity will continue to play an important role in global financial markets, not only in North America and western Europe, but also in developing and emerging markets in Asia, South America, the Middle East and Africa. In addition, we expect the trend of incumbent private equity firms and new players expanding into new and less established geographical markets to continue.

While there are potential headwinds – including trade tensions, a slowing Chinese economy, Brexit and an eventual end to one of the longest-running recoveries in US history – on the horizon for 2019 and beyond, we are confident that private equity will continue to play an important role in the global economy, and is likely to further expand its reach and influence.

As private equity has grown, it has also faced increasing regulatory scrutiny throughout the world. Adding to this complexity, regulation of private equity is not uniform from country to country. As a result, the following chapters also include a brief discussion of these various regulatory regimes.

I want to thank everyone who contributed their time and labour to making this eighth edition of The Private Equity Review possible. Each of these contributors is a leader in their respective markets, so I appreciate that they have used their valuable and scarce time to share their expertise. 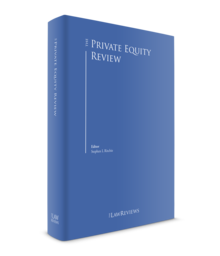