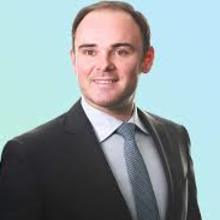 Securitisation, broadly defined as the conversion of assets into marketable financial securities, has been used as a method of raising capital since as early as the 1970s in the United States. The use of securitisation as a form of borrowing has increased globally since that time, and bodies of law have been established in many jurisdictions to allow borrowers to access capital in this manner, while protecting potential investors. Regulatory considerations include tax structuring, bankruptcy considerations and economic-driven regulation focused specifically on securitisation.

Securitisation regulatory frameworks have developed at different rates globally and largely depend on a variety of factors, including the economic state of a given jurisdiction, the broader legal frameworks already in existence (including tax and bankruptcy law) and habits of local consumers. Although certain assets, such as mortgage loans, are frequently securitised across many jurisdictions, other asset classes can vary. For example, in the United States and many developed countries, in addition to mortgage loan securitisation, securitisation of automobile loans and consumer debt is extremely common. In Brazil, agribusiness credit securitisations are active. Economic events, such as the 2008 recession in the United States, have had a great impact on the regulatory framework, not only in the United States, but also in jurisdictions such as Japan that were affected by the recession.

The purpose of this inaugural edition of The Securitisation Law Review is to provide securitisation attorneys, borrowers, lenders and other market participants with insight into a sample of structural frameworks and regulatory issues surrounding the industry in a broad array of jurisdictions. This edition is not intended to be a comprehensive overview of securitisation regulation and structures in every jurisdiction, but rather to provide a frame of reference for, and a comparison of, the various structural features available and the regulatory considerations necessary in securitising assets globally. As the asset securitisation industry continues to develop and expand to new and more esoteric asset classes, such a comparison will undoubtedly be useful to those innovating in global securitisation markets.

I would like to thank the contributors for the chapters that follow. I hope that this volume will produce grounds for continued discussion in the global securitisation industry. 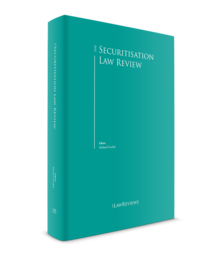 Despite the significant growth of the global structured product market in recent years, very few books on legal and regulatory issues related to structured products are available. We hope that this publication will contribute to the knowledge base of legal practitioners and other structured product market participants. For our purposes, the term structured product refers to a pre-packaged investment that combines derivatives with other financial instruments to provide a return based on the performance of one or more underlying assets, including equity securities, indices, commodities, interest rates, currencies and, in some jurisdictions, credit risks.