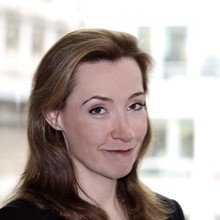 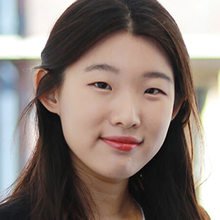 The European Space Agency (ESA) and the European Union (EU) each coordinate the financial and intellectual resources of EU Member States to undertake space programmes. In doing so, both intergovernmental bodies are influential in shaping Europe-wide industrial space policy.

It is, however, important to distinguish that ESA is an international intergovernmental organisation that is independent of the EU. ESA and the EU entered into a framework agreement in 2004 to provide operational arrangements between them based on the principles of efficiency and mutual benefit, to avoid any unnecessary duplication of effort and to achieve a coherent and progressive development of an overall European space policy.

i History of ESA and its membership

The purpose of ESA is ‘to provide for and to promote, for exclusive peaceful purposes, cooperation among European States in space research and technology and their space applications’.2

ESA is headquartered in Paris, France and has 22 Member States.3 Slovenia is an Associate Member, Canada takes part in some projects under a cooperation agreement and Bulgaria, Croatia, Cyprus, Malta, Latvia, Lithuania and Slovakia are currently in the Plan for European Cooperating States.

ESA has multiple establishments and facilities4 that are situated in a number of European countries. These include:

Article X of the ESA Convention defines two organs for governing ESA: the Council and the Director General.

The Council is represented by the ESA Member States13 and meets as and when required14 either at delegate level (at least twice a year) or ministerial level (around every four years).15 Each ESA Member State has one vote irrespective of their geographical size or financial contribution16 and is represented by a maximum of two delegates17 who may be accompanied by advisers.18

The Council elects a chairman and two vice-chairmen every two years.19 The Council also has a Science Programme Committee that is responsible for mandatory scientific programmes20 and other subordinate bodies to assist the Council’s duties.21 The Council is further assisted by the Bureau of the Council that consists of the chairman and one authorised representative per ESA Member State.22

The Director General is appointed every four years by the Council by a two-thirds majority of all ESA Member States.23 The Director General acts as the Chief Executive Officer of ESA and its legal representative and is responsible for managing ESA, executing its programmes, implementing its policy and fulfilling its purpose24 with authority over its establishments that are listed above.

The primary focus of ESA’s industrial policy is to ensure equitable Member State participation based on the financial contribution of Member States when implementing ESA space programmes and the associated development of space technology.27 All ESA programmes are also computed based on geographical return, which takes into account the share of a country in the weighted value of contracts and its share in the contribution paid to ESA in a given period.28

Article 189 of the Treaty on the Functioning of the European Union (TFEU) gives the mandate to the EU to draw up a European space policy and to establish a European space programme to promote scientific and technical progress and to coordinate the exploration and exploitation of space. However, Article 189(2) of the TFEU excludes ‘any harmonisation of laws and regulations’ of EU Member States in relation to space.

The current flagship space programmes that are run by the EU include:

The European Commission (the Commission) has overall responsibility for managing and overseeing the implementation of the Galileo programme and the European GNSS Agency (GSA). The GSA is an EU agency that has delegated responsibility for the development and operational management of the Galileo programme from the Commission. The design, deployment, evolution and technical development of the infrastructure are outsourced to ESA.

EGNOS is a European regional satellite-based augmentation system that is used to augment GNSS signals to improve the accuracy and reliability of GNSS performance. EGNOS was developed under a tripartite agreement between ESA (responsible for the design and development of the system), the Commission (responsible for international cooperation and coordination, operational management and maintenance of the system) and the European Organisation for the Safety of Air Navigation (responsible for defining the needs of civil aviation and deriving the mission requirements of the system).32 In 2009, the Commission designated the operational management and maintenance of EGNOS to the European Satellite Services Provider.33

Copernicus, also known as the Global Monitoring for Environment and Security programme, is the EU’s Earth observation programme intended to provide a unified system through which accurate, timely and easily accessible information is collected to improve the management of the environment, understand and mitigate the effects of climate change and ensure civil security.35 Copernicus has a free and open data policy providing six categories of services: atmosphere;36 climate change;37 emergency;38 land;39 marine;40 and security.41

Copernicus is coordinated and managed by the Commission and is implemented in partnership with ESA, Eumetsat, the European Centre for Medium-Range Weather Forecasts and Mercator Ocean.

The SST programme was set up in 2014 to develop SST capability at EU level to protect EU space infrastructure, facilities and services by creating a network of ground-based and space-based sensors to survey and track orbital objects for the EU user community. The SST programme provides analysis and information on conjunction (i.e., collision avoidance), re-entry (e.g., estimation of time frame and likely location of possible impact) and in-orbit fragmentation (i.e., detection and characterisation, including alerts on break-ups or collisions).

In June 2018, the Commission published a proposal for a Regulation ‘establishing the space programme of the Union and the European Union Agency for the Space Programme’.42 Under this Regulation, the Commission has proposed to:

This has created some political sensitivity in the relationship between ESA and the EU as the proposed EU Space Agency is likely to overlap with ESA’s competencies owing to the number of mutual Member States of both bodies.

1 Joanne Wheeler MBE is the managing partner and Vicky Jeong is an associate at Alden Legal Limited.

2 This is set forth in Article II of the Convention for the Establishment of a European Space Agency (the ESA Convention), accessible at: https://esamultimedia.esa.int/docs/LEX-L/ESA-Convention/SP-1317_EN.pdf.

18 Rule 3 of the ESA Council Rules of Procedure.

22 Rule 7 of the ESA Council Rules of Procedure. 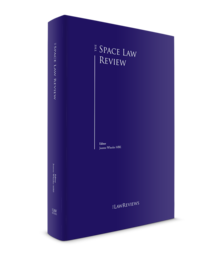 Other chapters on European Union

All titles on European Union

The aim of this volume is to provide a useful guide to those international and institutional investors willing to invest in real estate properties located in Europe, and to illustrate in a comparative manner possible alternatives for the establishment of investment platforms in Europe and investment vehicles at a local level. In particular, each country-specific chapter provides insights from leading experts on key tax considerations and investment opportunities based on the relevant national legislation.

The Aviation Law Review continues to be among The Law Reviews’ most successful publications. This year we welcome new contributions from France, South Korea and Spain, plus two new chapters concerning covid-19. We would like to extend our thanks to the many contributors to this volume and welcome those who have joined the group. Their studied, careful and insightful contributions are much appreciated by all those who now refer to The Aviation Law Review as one of their frontline resources.

Investors and their advisers need to understand real estate assets in the context of the global investment market, and The Real Estate Law Review seeks to help its readers to do just that. This edition extends to 28 key jurisdictions around the world. Each chapter has been updated to highlight key developments and their effect on the relevant domestic market. Together, the chapters offer a helpful and accessible overview of the global real estate market.

The Projects and Construction Review Edition 10

It is our pleasure to introduce the eighth edition of The Government Procurement Review. Our geographical coverage this year remains impressive, covering 15 jurisdictions, including the European Union, and the continued political and economic significance of government procurement remains clear.