The objective of this book is to provide tax professionals involved in disputes with revenue authorities in multiple jurisdictions with an outline of the principal issues arising in those jurisdictions. In this, the eighth edition, we have continued to add to the key jurisdictions where disputes are likely to occur for multinational businesses.

Over the past year, the focus on perceived cross-border abuses has continued with, for example, European Commission decisions against past tax rulings in Ireland and the United Kingdom, and the BEPS Project continuing to mould a more aggressive approach to tax legislation and powers. The general targeting of cross-border tax avoidance now has European legislation behind it with the passage last year of the second Anti-Tax Avoidance Directive. The absence of much previous European legislation in direct tax has always been put down to the need for unanimity and the way in which Member States closely guard their taxing rights. The relatively speedy passage of this legislation (the Parent–Subsidiary Directive before it took some 10 years to pass) and its restriction of attractive tax regimes indicates the general political disrepute with which such practices are now viewed.

Finally, I would like to acknowledge the hard work of my colleague Megan Durnford in the editing and compilation of this book. 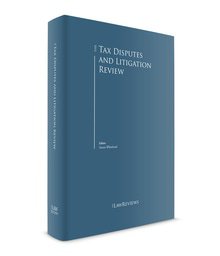 We are pleased to present the inaugural edition of The Corporate Tax Planning Law Review. This volume contains 20 chapters, each devoted to a different country and providing expert analysis by leading practitioners of the most important aspects of tax planning for multinational corporate groups in that country, with a particular focus on recent developments.