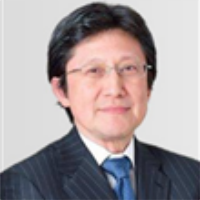 Yasuzo Takeno is a partner at Mori Hamada & Matsumoto. Since the early 1990s, he has had extensive experience in advisory work for both domestic and foreign investment managers and investment funds businesses, including structuring, public offerings and private placements of offshore investment funds in Japan. He has represented issuers of foreign investment trusts established in the Cayman Islands, Luxembourg, Ireland and other jurisdictions, providing advice on legal and execution issues where issuers offer their units, either publicly or privately, in Japan. His investment fund work also covers legal advice on the day-to-day management of investment fund businesses. As well as his work dealing with asset management, his practice spans corporate finance activities and financial regulation. He obtained his LLB from Waseda University in 1985 and his MLitt from Oxford University, Worcester College, in 1993. He was admitted in Japan in 1987 and speaks Japanese and English.