Founded in Paris in 1920, Gide now operates from 14 offices throughout the world. It has 600 lawyers, drawn from 35 different nationalities. Gide offers some of the most respected specialists in each of the various sectors of national and international finance and business law.

Gide was one of the first international law firms to open an office in Poland in 1991. Today, the firm numbers over 40 lawyers and tax advisors in Warsaw. Gide's Warsaw clients include financial institutions, banks, insurance companies, foreign investors, large Polish corporations and other entities, including state-owned companies and public institutions.

The Dispute Resolution practice at Gide’s Warsaw office has wide experience in handling litigation and arbitration, both domestic and international, as well as court-administrative and administrative proceedings. Gide’s lawyers represent domestic and international companies in proceedings before arbitration courts, state courts of all instances, including the Supreme Court, as well as before various administrative bodies and courts, including the Supreme Administrative Court. The team handles cases across all areas of law: commercial law, real estate, intellectual property, unfair competition, tax law and criminal and fiscal proceedings, and has advised on complex cross-border disputes. 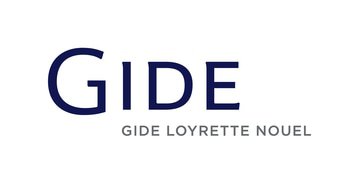