Established in Oman for nearly 40 years, the firm is recognised as a market-leading full-service law firm and described as a rarity in the Middle East being an independent, national firm that tops the global legal rankings in Oman. Widely considered as the strongest adviser in Oman, it is recognised for its involvement in many innovative, ‘first-of-a-kind’ deals and landmark projects winning IFLR Middle East Oman Law Firm of the Year for the tenth time in twelve years.

The firm’s consistent band 1/top tier ranking speaks to the firm’s sustained high level performance and track record of success. The Firm is distinguished from the international firm branches operating in Oman by size, full-service offering, diversity, degree of specialisation and linguistic capability.

The firm comprises of a 39-strong team of lawyers including 8 partners and other foreign and locally experienced and trained specialists backed by a 32-strong support team. The firm also boasts the highest number of elite and ranked lawyers.

The Corporate/Commercial side of is organised in three specialist teams. AMJ’s corporate/commercial partners are recognised as among the foremost practitioners in Oman with cumulative eight decades of Oman-based experience, and a track record on high value, award-winning deals.

This depth and breadth of resources enable the Firm to mobilise lawyers speedily to meet the requirements of a client and to respond in an agile manner to new market developments. This contrasts with the Firm’s competitors which have small, largely expatriate legal staff on fixed term contracts. 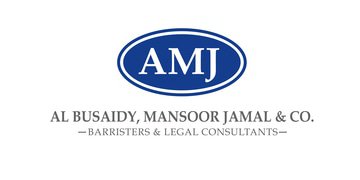