The covid-19 pandemic has had a monumental and disruptive effect on practically all aspects of business, politics, law and daily life in nearly every corner of the globe. For companies conducting cross-border business, and legal practitioners who advise them, corruption remains a substantial risk area. And with national governments engaging in large-scale economic stimulus programmes and contracting on an emergency basis with a wide range of suppliers of critical goods and services, the opportunities for fraud, corruption and abuse are replete. The current global health crisis unfolded onto a world stage that is dynamic and roiling with anti-corruption activity and developments. This ninth edition of The Anti-Bribery and Anti-Corruption Review presents the views and observations of leading anti-corruption practitioners in jurisdictions spanning the globe, including new chapters covering Indonesia and Spain. The comprehensive scope of this edition of the Review mirrors that dynamism.

Over the past year, countries across the globe continued to investigate and prosecute a range of corruption cases – many involving heads of state and senior officials – strengthen their domestic anti-bribery and anti-corruption laws, and adopt important new law enforcement policies and guidance documents, though tumultuous international relations, rising economic competition and the effects of the pandemic are combining to threaten international cooperation and the progress of cross-border investigations more generally.

This past year saw French-headquartered Airbus SE reach a US$3.9 billion coordinated corporate bribery and export controls resolution with authorities in France, the United Kingdom and the United States. The wide-ranging allegations involved alleged bribery of government officials in more than a dozen countries, as well as US export controls-related offences, and now other jurisdictions from Ghana to Malaysia are pressing forward with their own investigations. At the same time, the 1MDB scandal continues to play out, with still further US asset forfeiture actions, criminal charges against a major US Republican fundraiser for allegedly acting as an unregistered foreign agent in an attempt to illegally lobby the Trump administration to drop its probe into the 1MDB corruption scandal and an appeal by former Malaysian prime minister Najob Razak against his convictions on bribery and money-laundering charges and the resulting 12-year prison term. And in Brazil, which has for many years been a hotbed of anti-corruption investigations, President Jair Bolsonaro has taken the controversial step of ending his country's long-running Car Wash probe, following the resignation of his justice minister who, as judge, had previously presided over the probe.

Given the political turmoil and the global health crisis confronting us in the remainder of 2020 and into 2021, this book and the wealth of country-specific learning that it contains will help guide practitioners and their clients when navigating the perils of corruption in foreign and transnational business, and in related internal and government investigations. I am grateful to all of the contributors for their support in producing this highly informative volume. 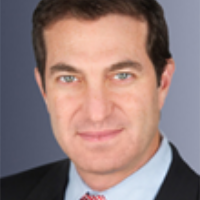