Greece has produced great artists and collectors throughout the past 2,500 years or so. Other than works of the Greek antiquity, which are not traded in Greece for legal and commercial reasons, the artists El Greco, Kounelis (from the Arte Povera movement), Rallis (the Orientalist), Takis (with exhibitions at the Tate in London and Palais de Tokyo in Paris), Chryssa and Samaras, both Greek-American artists, Moralis, Gikas, Tsarouchis, Akrithakis, Lytras, Gyzis, Iakovidis, Volanakis, Altamouras and Fassianos are among those whose works have been traded successful on the art market in Greece and abroad.

In addition to sales of Greek artworks, most of which fetch prices below €1 million, Greece's contribution to the international art market includes some of the world's leading collectors of non-Greek artworks. The Cézanne painting The Card Players sold to the royal family of Qatar for around US$250 million was one of the Goulandris collection masterpieces, and the Niarchos collection, worth several billion dollars, is arguably the best privately held Impressionists collection in the world. Notable among the numerous other significant Greek collections are the Ioannou collection (a patron of Jeff Koons and George Condo among others), the Economou collection, the Martinos collection and the Daskalopoulos collection.

There are about 30 established galleries in Greece, with Bernier, Zouboulakis, Breeder and Kappatos being, perhaps, the most well known.

The market perception is that only about 20 per cent percent of the works traded become public knowledge as, in addition to auction house and gallery sales, collector-to-collector transactions or direct transactions with the artist or the artist's estate are not uncommon in the Greek market.

The number of collectors and the domestic market in Greek artworks are small, with annual turnover of probably less than €10 million, whereas the scale of the international market in Greece (i.e., for international artworks) and the Greek collectors operating in this sphere are pretty substantial. One should not forget that about 50 per cent of Greeks reside abroad and Greek shipping is number one in the world, with many billionaires, some of whom have both a passion and an eye for the arts.

Art transactions are contracts of sale governed by the provisions of the Greek Civil Code (which is similar to the German and Swiss ones) and the Code of Civil Procedure when transactions are carried out locally. Otherwise, English law is the law most commonly chosen by the parties in transactions. With regard to antiquities, there is a market in New York and as a result US law is applicable in these cases.

Disputes are usually related to tort, fakes, intellectual property and breach of compulsory law provisions in relation to antiquities and works from the Byzantine period (mostly icons). Perhaps the most publicised case was Diamantidis v. Sotheby's. Diamantidis, a Greek shipowner, claimed successfully that works he had bought at auction at Sotheby's by a Greek artist named Parthenis were in fact fakes. This was an unfortunate incident for Sotheby's, which has had a respected presence in the Greek market for decades.

Clearly, the covid-19 situation has been the hot topic of 2020 and there have been no other local developments that have had such a major impact.

There have not really been any distinct trends in art law in Greece over the past year, although transactions have been subject to greater scrutiny from an anti money-laundering perspective, as is the case in general internationally.

Yiannis Moralis is perhaps the artist whose work is most in demand locally, with works easily fetching between €200,000 and €500,000. Allegedly, there are works that have exchanged hands for just under €1 million.

Greece has seen a couple of significant thefts and criminal law-related cases, including the purchase of a manuscript that proved to have been stolen from a monastery years ago. The collectors established that they had no knowledge of the crime and could not have anticipated that the work was stolen, as there was no description connecting the work with Greece in the auction's catalogue, so no charges were pressed against them.

Finally, an offer of several hundred million euros was made for a masterpiece in one of the country's most well-known collections but was not successful, as the owners were not interested in selling the work at any price.

i Title in art

In accordance with a contract of sale, a seller has the obligation to transfer ownership and possession of the artwork and the buyer to pay the agreed price.

Title passes according to the stipulations in the contract of sale.

If a buyer buys a work remotely (e.g., by participating in an auction) the buyer, as a consumer, has the right to withdraw from the sale within 14 days of the purchase. Clearly, a bidder who behaves in this way may be blacklisted, so the exercise of this legal right ultimately may not be commercially beneficial.

If a buyer buys from, for example, a gallery a work that proves not to meet the advertised criteria or to be defective, the seller would have to repair, replace or reduce the price of the work or return the purchase price to the buyer.

Good faith plays a role, with the buyer assumed to be acting in good faith when buying at an auction or from a gallery.

There are no specific provisions or precedents on Nazi-looted art in Greek law. Greece has publicly suggested that it has claims against Germany in respect of looted art, but it has never pursued any such claims (perhaps reflecting the fact that Germany is Greece's number one trading partner). Similarly, Greece has stated that it has a claim against the British Museum for the Elgin Marbles, also known as the Parthenon Marbles, but it has never pursued this claim, contrary to the advice of high-profile barrister Amal Clooney.

Generally, there is a five-year limitation period from the day of the transaction, which may be extended if the buyer formally informs the seller of defects within the five-year period.

The position with regard to looted art is not totally clear and there is a view that there is no limitation period in cases of this kind – such as that of the Parthenon Marbles.

There are provisions and procedures for resolving disputes via arbitration or mediation. Law 4640/19 encourages mediation in general, while a mediation effort is now mandatory for amounts in dispute in excess of €30,000.

Sadly, there are no specialised art mediators and the local field of experts is quite thin.

Greek law provides protection at both the civil and the criminal law level. From a civil law perspective, a buyer can request that a transaction is reversed, the price adjusted, the seller provide another artwork or rectify defects (although that is generally not possible in the case of fakes).2

In addition to the above, a seller may be prosecuted for fraud or forgery if the transaction in question comes to the attention of a prosecutor or the buyer (or another) files a criminal complaint.

Warranties are regulated as in other civil law jurisdictions. A seller warrants title and authenticity by law as a matter of course, even if there is no express warranty.

The roles of experts, artist foundations and catalogues raisonnés are no different from those in any other mature market.

i Private sales and auctions

The dispute that may arise from private sales and auctions locally are subject to the provisions of the Greek Civil Code and the Greek Code of Civil Procedure. The Greek Consumer Protection Law3 also applies.

According to the Consumer Protection Law, a buyer may change his or her mind within 14 days of the date the sale took place. This period may be extended to one year if the seller did not inform the consumer of this right to change his or her mind. This right is also applicable to online auctions and purchases (e.g., from eBay), in which case, the right of withdrawal commences on the day the consumer receives the artwork. It follows that if a consumer exercises this right, he or she is entitled to the return of the purchase price.

There is some growth in this market; however, the market domestically is in its infancy and at present artworks on loan may be subject to seizure.

For an artwork to be exported, a licence is required from the National Gallery. Antiquities and icons are subject to special regulations, which generally restrict their export. This is also the case for a handful of other artists' works, (e.g., the artist Theophilos), which form part of the list of domestic cultural treasures.

Greece has ratified the following related international conventions and implemented them in national law:

Although in theory some local banks provide art finance services, in practice there is no local art finance 'market'. Major collectors may use the facilities of international banks, which are now generally limited, or they may pledge liquid assets and invest in art.

There is no special legislation on art loans.

Greece has transposed the Fifth Anti-Money Laundering Directive7 into national law through Law 4557/2018 and its recent amendment by Law 4734/2020, ensuring stricter controls in the financial environment, in line with the trend internationally.

Under national law, artists have the right to exploit their artwork (property right) and safeguard their personal connection with it (moral right.)

The artist's moral rights include the right to publication, recognition, the integrity of the work (i.e., no unauthorised alteration of the work) and access.

Having transposed the Resale Right Directive8 into the Greek legal system, Article 5 of Law 2121/93 recognises the resale right of a creator.

A creator may allow or restrict registration, reproduction and translation of an artwork and, generally, enjoys the economic rights recognised according to international practice.

Generally, the concept of a 'trust' as a legal relationship is not formally recognised in Greece. However, there is an understanding of the concept and legislation has developed to treat trusts as taxable entities. Distributions are taxed as dividends (at 5 per cent), but the transfer of assets for the formation of a trust is viewed as a gift. This is a complex area. In a nutshell, wealthy Greek collectors have become non-residents of Greece and have settled trusts and established foundations just as other international collectors do.

From a domestic practice perspective, contributions to a trust may be viewed as gifts, but the bottom line is that there are no established guidelines in the form of either precedent or case law.

Greece's awareness of the importance of its culture has in recent years been reflected in a renewed emphasis on investing in its museums, promoting cultural tourism and modernising its legislation and practices in these areas, which offer enormous potential for development.

The domestic market is likely to remain small while financial conditions (as in many parts of the world) continue to be characterised by increased inequality. Some works will rise and rise in value, while others will be sold for next to nothing. Greek collectors will continue to play a significant role in the international market and new wealth will generate demand for new collections, artists, galleries, etc.

As part of the EU, Greece will follow and adopt European legislation, while the country's efforts to introduce a Greek non-domiciled tax resident regime (following the example of the United Kingdom and other countries such as Portugal and Italy) and to welcome pensioners will put pressure on the system to develop a greater level of depth and sophistication.

8 Directive 2001/84/EC of the European Parliament and of the Council of 27 September 2001 on the resale right for the benefit of the author of an original work of art. 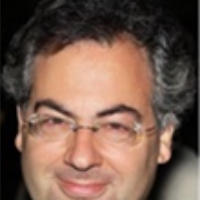 Explore all chapters on Greece