'Fraud' is a word that people find easier to use than to define. Partly for this reason, it is difficult for lawyers to summarise the way in which their particular jurisdictions deal with it. Some of the sources of their laws will be domestic and will have evolved over time. Others will be recent international conventions, where regard must be had to the decisions of other jurisdictions.

But these difficulties aside, the problems that fraud generates pose unique challenges for the legal system of any country. First, there will be forensic issues: to what lengths should the court go to discover what actually happened? Here different jurisdictions place different priorities on what their courts are for. Some treat the court process as an almost sacrosanct search for truth. The courts of my own jurisdiction tend towards this end of the spectrum. Others regard it as a means of resolving disputes efficiently and providing certainty for the litigants. Often courts in this category allow no witness evidence and no procedure for disclosure of documents, regarding both as disproportionately burdensome for any benefit they might provide.

Second, there is the question of whether the court should mark conduct that is 'fraudulent' as particularly abhorrent, in civil proceedings. All will criminalise fraudulent behaviour, but not all will penalise fraudulent conduct by enhancing the victim's compensation or by depriving the fraudsters of arguments that might have been available to them if they had been careless rather than dishonest.

Lawyers have been mulling over the rights and wrongs of solutions to the problems that fraud presents for centuries. They will never stop doing so. The internationalisation of fraud in the past 40 years or so, however, has meant that they argue about these problems not only with lawyers of their own country, but also with lawyers from other jurisdictions. Rarely nowadays will a fraudster leave the proceeds of fraud in the jurisdiction in which they were stolen. The 1980s and early 1990s saw quite pronounced attempts by fraudsters to 'arbitrage' the various attitudes and priorities of different jurisdictions to retain what they had taken. Perhaps the highest-profile example of this was the use of jurisdictions in which banking secrecy was a priority as a conduit to which the proceeds of fraud would be transmitted. Another well-known strategy was the use of corporate devices and trusts as a means of sheltering assets from those who deserved to retrieve them.

A number of factors have served to make this more difficult. The growth of international conventions for the harmonisation of laws and enforcement of judgments is clearly one factor. Perhaps more notable, however, has been the international impetus to curb money laundering through criminal sanctions. These have, however, been first steps, albeit comparatively successful ones. There is still a huge amount to be done.

I have specialised in fraud litigation – virtually exclusively – since the late 1980s. My chosen area has brought me into contact with talented lawyers all over the world. I remain as fascinated as I was at the outset by the different solutions that different countries have to the problems fraud creates. I am sometimes jealous and sometimes frustrated when I hear of the remedies for fraud that other jurisdictions offer or lack. When I talk to lawyers who enquire about my own jurisdiction, I frequently see them experiencing the same reactions. The comparison is more than a matter of mere academic interest. Every month brings some study by the government or private sector tolling the cost of fraud to the taxpayer or to society in general. My own interest goes beyond ordinary 'balance-sheet' issues. When I deal with fraudsters, particularly habitual or predatory ones, I still retain the same appalled fascination that I experienced when I encountered my first fraudster, and I share none of the sneaking admiration for them that I sometimes see in the media; they are selfish, cruel and immature people who not only steal from their victims, but also humiliate them.

Modern times pose fresh challenges for everyone involved in fraud, from those who commit it to those who suffer from it. As Warren Buffet famously said, 'only when the tide goes out do you discover who has been swimming naked'. The coronavirus pandemic has offered the global economy another opportunity to prove him right. Not only are new frauds being discovered, but the growing recession will challenge the budgets of victims, regulators and criminal enforcement bodies to bring those responsible to justice and to retrieve the proceeds. Remote interpersonal dealings are increasing the distance between business counterparties in a way that the internet did, and the growth of cryptocurrency transactions continues to do.

It is not possible to predict the trajectory of these developments. While it is now a cliché to speak of the 'new normal', nobody can be actually sure what that normal will be. Some even dispute that it is useful to speak of a normal at all. Nassim Taleb has argued that the financial world is more frequently and radically affected by extreme and unpredictable occurrences (which he calls 'Sigma' or 'Black Swan' events) than we acknowledge. According to Taleb, we live in 'extremistan' and not 'mediocristan'. He has suggested that it is part of our makeup to blind ourselves to the influence of what we cannot predict.

Taleb may be right. For my part, I rather think that he is. But amid all the unpredictability, there are nevertheless some certainties. Society depends upon trust, and there will always be some people who abuse it. So some people will always commit fraud. Globalisation has ensured that major fraud will usually have an international element. Fraud lawyers will therefore have to be internationally minded.

Perhaps the growing international and technical complexity of fraud will continue to outstrip the ability of any one person to understand or remedy it. One of the heartening things about the legal profession over the past 25 years or so, however, is the growth of an international community of lawyers specialising in fraud and asset tracing work who share knowledge and experience with each other about the events in their fields. This book continues to be a useful contribution to that community.

No book sufficiently brief to be useful could ever contain all the laws of any one jurisdiction relating to fraud. The challenge, unfortunately, for a contributor to a book like this lies as much in what to exclude as in what to say. This review contains contributions from eminent practitioners the world over, who have, on the basis of their experience, set out what they regard as critical within their own jurisdictions. Each chapter is similarly structured for ease of reference with similar headings to enable the reader to compare remedies with those in other jurisdictions, and each contributor has been subject to a strict word limit. Despite there being a huge amount more that each would have been perfectly justified in including, I still believe this book to be an enormous achievement.

Once again, we have some of the foremost experts in the area from an impressive array of jurisdictions contributing. I have often thought that true expertise was not in explaining a mass of details but in summarising them in a meaningful and useful way. That is exactly the skill that a work like this requires and I believe that this edition will continue the high standard of the previous six. I have come across a number of the authors in practice, and they are unquestionably the leaders in their fields. I hope that other readers will find the work as useful and impressive as I do. 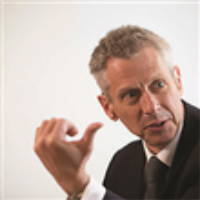