Such regulations prescribe that the person in charge must maintain direct unaided visual contact with the aircraft sufficient to monitor its flight path in relation to other aircraft, vehicles, vessels, persons and structures so as to avoid a collision.

The regulations also prohibit the drone being operated at a height of more than 400 feet or any article or animal form being dropped from the drone.

Pursuant to its powers under the ANOTO to prohibit or restrict flying, the BCAA also designated certain restricted fly zones in respect of certain areas and landmarks one of which is the Bermuda Airport.12 The prohibited area is a 2 nautical mile radius circle around the airport. Anyone who fails to comply with these directions commits an offence under Article 68(4) of the Order, and is punishable on summary conviction of a fine not exceeding US$4,000.

The above regulations also apply to any small unmanned aircraft that is equipped with and whose purpose is to undertake surveillance or data acquisition.

The use of Bermuda SPVs for aircraft portfolio securitisations has remained popular.

START Ltd and START Holding Ltd were the issuers of an ABS comprising three tranches of notes secured on a portfolio of 24 in-production aircraft on lease to 16 global airlines in 15 countries, with an appraised value of approximately US$700 million. START Ltd is notable as the first aircraft portfolio purchase vehicle structure to include a dedicated asset manager for equity investors.

Merx Aviation, following on from its inaugural aviation ABS in 2018, completed a further US$429 million transaction comprising three tranches of notes secured on a portfolio of 19 aircraft. The issuer was MAPS 2019-1 Limited, a Bermudian company. The proceeds from the notes will be used to refinance the original RISE Ltd (RISE) asset-backed secured term loan aircraft ABS transaction, which closed in February 2014 and was renamed MAPS 2019-1 Limited pursuant to this transaction. Of the 19 aircraft in this portfolio, 18 were also securitised in the AABS portfolio.

START III Ltd and START Holding III Ltd were the issuers of an ABS comprising three tranches of notes secured on a portfolio of 20 in-production aircraft on lease to 13 global airlines in 11 countries, with an appraised value of approximately US$539 million. The notes comprise US$355.047 million series A fixed rate secured notes Series 2019-1, US$56.57 million Series B fixed rate secured notes Series 2019-1, US$34.72 million Series C fixed rate secured notes Series 2019-1, along with US$87,531,000 Class E participating certificates. This ABS transaction marks another aircraft portfolio purchase vehicle structure which includes a dedicated asset manager for equity investors. In this transaction GECAS sold a portfolio of aircraft to Start III Ltd, which is financing its acquisition through issuance of 144A debt and equity. GECAS will continue to service the portfolio and STARR 2019-1, an affiliate of Sculptor will serve as an asset manager.

1 Julie McLean is a director and Angela Atherden is counsel at Conyers.

2 As at 27 May 2020, the BCAA records indicate a total of 876 aircraft on the Register with 87 aircraft registered in the private category and 789 aircraft in the commercial transport category.

4 The mark consists of five letters commencing with the nationality mark VP-B or VQ-B and followed by the two letters assigned to the specific aircraft. 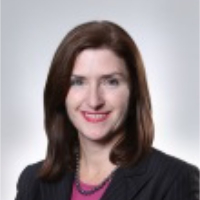 Explore all chapters on Bermuda