The Aviation Law Review: Will COVID-19 Change EU 261 – For Better or Worse?

The European Regulation for compensation and assistance to passengers for delay and cancellation (EU 261) has been pending for revision by the EU for many years. That revision has been delayed as a consequence of the refusal of Spain to engage until the UK agreed to discussions on the status of Gibraltar. Given this deadlock, the Commission published interpretative guidelines in June 2016 regarding the application of the rules. The interpretative guidelines do not address some essential issues in EU 261, such as time limitations on the provision of care and assistance in extraordinary circumstances or 'trigger times' for delay compensation, and not all Member States, for instance Germany, apply these guidelines as they are not binding law like the Regulation. However, with the departure of the UK from the EU, the Gibraltar impediment has been removed and the Commission and the EU are actively in the process of drafting and debating revisions to the regulation.

Covid-19 has had an enormous impact on aviation, and all airlines are facing financial ruin as a consequence of being grounded for a protracted period of time, unparalleled since the eruption in 2010 of Eyjafjallajökull, which itself cost the industry more than $2 billion by virtue of its obligation in Regulation 261 to care for passengers. The Regulation also obliges the operating air carrier to offer passengers the choice between reimbursement within seven days or rerouting, either at the earliest opportunity or at a later date at the passenger's convenience. The second option is of course less popular, if not unfeasible, because of the current situation. But in view of the high number of cancellations, many airlines do not have funds available to meet their salary bills and other fixed costs let alone to provide refunds. Regulation EU 261 and thus also the passengers' right to ticket refund is binding law in all EU Member States. The Member States cannot deviate from this or create their own 'emergency law' without the approval of the EU Commission. Twelve EU Member States, including Belgium, France, Greece, Ireland, The Netherlands and Portugal, have sent a letter to the European Commission, asking it to allow the temporary issuance of vouchers to passengers in the event of cancellation, instead of reimbursement. Independent of this joint statement, the German government has already sent two letters to the European Commission, urging for a voucher solution instead of refunds and stressing that this could help to alleviate the disastrous financial situation of the airlines. The need for revision of EU 261, which creates an economic burden for airlines in a global crisis, has become ever more self-evident.

EU 261 has, since it became European law, been substantially rewritten by the European Court of Justice in a variety of 'passenger friendly' decisions extending passenger rights to compensation far beyond the provisions of the original regulation. Successive decisions have emasculated the defence of an air carrier to claims under the regulation caused by extraordinary circumstances by, for example, determining that a collision with a ground handling vehicle, an unexpected technical issue where the airline has complied with the rules on maintenance, a wildcat strike and numerous other instances of circumstances beyond the control of the carrier do not qualify for the 'extraordinary circumstances' defence. The court has also determined that a long delay is to be treated as cancellation for the purposes of determination of the right to compensation, though this was clearly never the intention of the Commission when drafting the Regulation. The Court has also held that the time limit for compensation claims to be made against a carrier is to be determined by national law, giving rise to a patchwork quilt of time limits through Europe and ignoring the logic of the two year time limit in the Warsaw and Montreal Conventions. Indeed, the Court's willingness to ignore the applicability of the Montreal Convention to 261 claims itself represents a European derogation from an international Convention in favour of 'domestic' rules which is starkly in breach of its international obligations.

There have been a number of consequences of the judicial activism of the CJEU. The Court justifies its approach by reference to the obligation in the first preamble to the Regulation that 'the community in the field of air transport should aim, among other things, at ensuring a high level of protection for passengers' and in the fourth that 'the community should therefore raise the standards of protection set by that regulation . . . to strengthen the rights of passengers'. Applying this to its interpretation of the Regulation, and interpreting its duty to protect passengers as being to ensure that the maximum level of compensation is paid for any inconvenience, the Court has routinely disregarded the rights of passengers to connectivity, particularly from regional airports as well as the impact of its approach to the safety of air transport. Airline employees releasing aircraft to service, and knowing that any delay in operation will impact its profitability are given a choice by the Court between operating with the highest levels of safety, or their continued employment. The impact of the Regulation as interpreted by the Court has been a major factor in the significant increase in bankruptcies of airlines in recent years. It seems likely that, given the choice, most passengers would regard safety and connectivity as being more important to their protection than a few hundred euros' compensation. Without being given these choices however, it has to be said that 'free' money continues to be popular among consumers.

To some extent the views of the industry have been taken into account in the latest draft text of revisions to the Regulation published by the Croatian presidency. The paper contemplates an exhaustive list of extraordinary circumstances including external labour disputes but not, as yet, a pandemic, flight safety shortcomings have been included in the annex of those extraordinary circumstances, the time limit for delay has been increased from three to five hours as the trigger for compensation at the minimum level, with nine hours and 12 hours being the further trigger points and, among other provisions, the extraordinary circumstances defence can be invoked in relation to the preceding flight as well as the flight in respect of which the passenger was carried.

There are a number of other issues in respect of which the presidency has elected not to take into account other concerns of operators, including the need for exemption of compensation obligations in relation to small airports, PSO (state supported) routes and flights to and from the outermost regions of Europe, and requiring the Court to acknowledge that a long delay impacts not only the affected flight but also subsequent flights scheduled to be operated by the same aircraft. Further work needs to be done in respect of the Regulation to render it as less of an existential threat particularly to regional operations. It also remains to be seen whether the recommendations of the Presidency will be followed in future discussions, and whether the pandemic will lead to reconsideration of the indefinite duty of care to passengers imposed on airlines by the Regulation.

In the short term, and with a refreshing display of support for the industry, EU Member States Belgium, Bulgaria, Cyprus, Czech Republic, France, Germany, Greece, Ireland, Italy, Latvia, Malta, Netherlands, Poland, Portugal, Romania and Spain have published a letter urging the European Commission to suspend the provision in EU 261 which requires airlines to issue a full, immediate refund for cancelled flights, and instead offer provisions for vouchers. The Commission has been urged to put in place a temporary amendment to EU 261 as well as further non-binding interpretative guidelines for Member States. The Commission is now working on a proposal that will hopefully give some relief to beleaguered airlines at least on the issues of refunds and vouchers as alternatives.

1 Sean Gates is the CEO of Gates Aviation Limited, Dimitri de Bournonville is a partner and Joanna Langlade is an associate at Kennedys and Peter Urwantschky and Claudia Hess are partners at Urwantschky Dangel Borst and Partners. 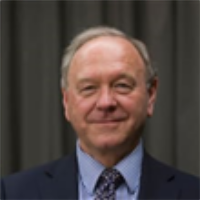 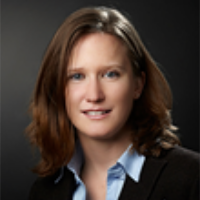