Deborah Finkler
Slaughter and May

This year's edition of The Banking Litigation Law Review demonstrates that litigation involving banks shows little sign of slowing and continues to evolve.

Disputes that have arisen in the past year cover a broad spectrum, from claims by consumers against banks (relating to losses incurred either to the bank or to third parties) to claims by banks for the recovery of loans and the enforcement of guarantees. Cross-border issues frequently arise, with banking litigation continuing to be a key area of focus for international commercial litigation.

One of the major challenges of 2020 has, of course, been covid-19, and this year has demonstrated the resilience and flexibility of court systems around the world, including in the UK, in adapting their procedures in order to minimise disruption to the administration of justice. At the time of writing, the 'new normal' in many jurisdictions now provides for virtual hearings (including remote witness evidence) and electronic trial bundles as a default. This enforced experiment seems likely to have a lasting impact on court procedures around the world. While it is likely that trials involving witness evidence will revert to being largely in person, the need to do so for many procedural applications is less obvious. In any event, it is to be hoped that some of the positive aspects of operating remotely – for example the reduction in the amount of paper used – are here to stay.

A continuing trend is the increase in the use of class or multi-party actions and representative claims. Although often perceived as a predominantly US phenomenon, the past year has seen growth in the use of class actions within non-US jurisdictions, particularly in the UK, Canada and Australia. Whether this rise is the precursor to a worldwide adoption will depend on a number of factors, including any new mechanisms for group actions that are adopted in countries where they did not previously exist and the way courts in different jurisdictions react to such new actions. In the UK, for example, judgment is keenly awaited in a Supreme Court case that is expected to play a key role in clarifying the operation of a new collective proceedings regime and, depending on its outcome, either energise or curtail the growth of competition class actions in the UK. Related to the rise of group actions, one potential area of reform is third party litigation funding (a frequent driver of such actions). Recent regulatory reforms in Australia means that litigation funders are now required to hold a licence and must comply with the same conduct obligations to which banks and other credit providers are subject, including the requirement to provide their licensed 'financial services' efficiently, honestly and fairly. It will be interesting to see whether other jurisdictions follow suit.

The preface to last year's edition highlighted the concern that claimants will seek to use data protection legislation, including the General Data Protection Regulation (GDPR) in the European Union, as a tool in litigation, and noted that this concern is only likely to grow. The rise of UK class action cases for damages resulting from data breaches in the past year reinforces the importance of banks managing such risks, both in a regulatory and in a litigation context. Set against the background of increasingly litigious and well-funded claimants, and considering the extensive volume of personal data that banks hold, the need for adequate systems and controls to protect the data of consumers and employees is ever more vital.

At the time of writing, the Brexit transition period is drawing to an end, and nobody is any closer to being able to say what the political or economic impact of Brexit will be. The prospect of the transition period ending with no deal is a real possibility, and it remains to be seen whether the UK can agree a deal with the European Union in the time available. The UK government has declared its intention to sign up to either or both of the 2007 Lugano Convention and 2005 Hague Convention on Choice of Court Agreements, but unless and until that happens there remains a degree of uncertainty over jurisdiction and the enforcement of judgments.

Overall, 2020 has no doubt been a tumultuous year for many. As the year approaches its end, there are some reasons for optimism: global stock markets surged following the results of the US 2020 presidential elections and news of significant strides being made in the development of a covid-19 vaccine. Nevertheless, a substantial amount of political and economic uncertainty remains. Moving forward, the prospect of an unknown future legal landscape in the UK, and to an extent in the remainder of the EU, following Brexit and the continuing effect of covid-19 on the world economy (which may well persist long after the virus itself has been contained) can be expected to generate disputes in the banking sector for a long time to come. 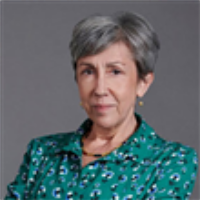