In recent years, banking litigation in Spain has been governed by several judicial resolutions that have increased the number of claims brought against financial entities. Given that a significant number of Spanish courts have positioned themselves as pro-consumer, judicial proceedings against financial entities have overwhelmed Spanish courts in the last decade. This led to the constitution of specialised courts for certain banking litigation proceedings, the aim of which was to reduce the workload of other courts that were accumulating significant delays.

Spanish courts have shaped the current landscape of banking litigation, determining how to apply the corresponding regulation that, in truth, has not changed significantly in recent years. European Directive 93/13/EEC of 5 April 1993, on Unfair Terms in Consumer Contracts, constitutes the basis on which member states have adapted their own national regulations. Its implementation in Spain was carried out through the introduction of laws such as Law 7/1998 of 13 April, on General Conditions of Contracts, and Royal Decree-law 1/2007 of 16 November, approving the consolidated text of the General Defence of Users and Consumers Act and other complementary laws.

These laws constitute the fundamental framework of banking litigation in Spain. Indeed, most legal proceedings against banks are initiated in our local jurisdiction based on their provisions and, essentially, on the provisions regulating unfair clauses.

In order to reduce the number of proceedings affecting financial entities, several laws have been enacted in Spain in the past few years. Their ultimate aim is to ensure consumers are protected against abuse from banks, and that financial entities are protected from allegations of unfairness or invalidity of their contracts. Examples include Law 5/2019 of 15 March, on Real Estate Credit Agreements (the Real Estate Credit Agreements Act), and the different regulations implemented by the European Markets in Financial Instruments Directive (the MiFID Directive), in the most recent version enacted in Spain in 2014.2

The main changes introduced by those rules will be analysed below, following a review of the most relevant judicial cases that have decisively influenced the current banking litigation situation in Spain.

4 These judgments differentiate between the variable and fixed tax rate, indicating that the borrower must pay the fixed rate. The previous judgment of the Civil Chamber of the Supreme Court of 15 March 2018 already agreed in this sense; however, the Public Administration Chamber of the Supreme Court, ex post, contradicted said resolution. The Supreme Court, in plenary session and by means of said judgments, settled such contradiction by confirming that the borrower must pay stamp duty.

5 Its scope is thus restricted to this type of contract and, in particular, loans secured by mortgage or other security rights over real estate for residential use, provided that the borrower or guarantor is a natural person, and the lender is a natural or legal person who carries out that activity on a professional basis.

6 The content of these documents is regulated in the Real Estate Credit Agreements Act itself.

7 Specifically, Article 14 stipulates that the corresponding Property Transfer Tax and Stamp Duty must be paid in accordance with the applicable regulation.

8 We refer to incentives such as rewards provided by the owners of the funds, corresponding to the achievement of sales targets; retrocession commission is part of the service charge that the marketer of an investment product, usually a fund, retains, including them within the final price.

9 In other words, they can only charge a service charge to their clients, and cannot collect incentives from the managers of the investment funds that they market. 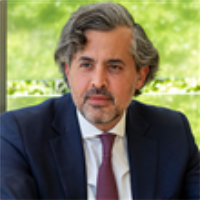 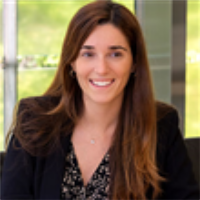 Explore all chapters on Spain