Jan Putnis
Slaughter and May

The past year in banking regulation has been dominated, in most parts of the world, by the severe economic effects of the coronavirus pandemic. Governments and regulators have taken unprecedented steps to support businesses and individuals through the crisis. In financial terms, much of this support has been channelled through banks, and banks have had to work hard to continue to lend and to serve their customers in this difficult period.

Despite the human suffering and long-term economic damage that the pandemic has caused, there has been no significant banking crisis in the past year and, in most countries, no real sign that banks are failing to weather the storm so far. While there are of course exceptions, this is in large part a consequence of the relatively strong capital and liquidity position that banks around the world were in before the pandemic struck, which was itself a position that would not have arisen in many countries without the comprehensive prudential regulatory reforms that followed the global financial crisis of 2007–2009. Indeed, some regulators have commented that the pandemic is proving to be the first real test of those reforms and that, at least so far, the rules and institutional frameworks for banking regulation that were created after the global financial crisis have proven their worth.

As in all ongoing crises, there are causes for both pessimism and optimism. A pessimistic assessment with which it is hard to argue in many parts of the world is that we are still at an early stage in the economic damage that the pandemic has caused. The gradual withdrawal of government support programmes for businesses and the consequent further increases in non-performing loans with which banks have to deal will pose a further severe test for the banking systems of many countries at a time when governments will be relying on banks to support economic recovery. In some countries the strong links between bank viability and the ability of governments to issue sovereign debt at sustainable interest rates may re-emerge as a significant problem.

The optimistic assessment is necessarily a longer-term one given the challenges that the pandemic continues to present. The pandemic has undoubtedly provided the banking sector with an opportunity to show that it can be a force for financial stability and economic renewal at a time of crisis, in marked contrast to the blow to confidence that the sector suffered following the global financial crisis. This opportunity is closely linked to moves by many banks to consider their corporate purpose, the sustainability of their activities in environmental and social terms, and the quality, and in many cases the diversity, of their governance. This somewhat disparate collection of objectives, referred to as ESG in many parts of the world, is increasingly dominating discourse between banks and their regulators and investors. Whether this would have happened in quite the way it has without the pandemic is impossible to know, but it does not seem much of an exaggeration to suggest that in many countries the banking sector that will emerge from the pandemic will have a series of cultural and business objectives that are quite different to those that existed before.

Regulators have become more assertive on these matters, particularly with regard to environmental objectives, and we will increasingly see a harder edge to the expectations that they are forming of banks' adherence to policies designed to address climate change. The repricing of many risks that is expected to take place as opinion settles on the pace at which transition to a low carbon economy should take place will have a profound effect on the balance sheets of many banks. Shareholder pressure will force change in some banks; and banks with significant exposures to the petroleum economy will have to consider radical changes to their business models.

On social matters, financial inclusion and fair treatment of vulnerable customers are motivating legal and regulatory reform in many countries. There is a strong link between financial inclusion and the adoption of new technologies and business models, particularly in payment services. Many of the businesses that are contributing to the adoption of these technologies are not banks but rely on banks (or payment systems that are owned or controlled by banks) in order to operate. Allied to this are the increasingly serious and well-resourced attempts by firms using distributed ledger technologies to develop new means of payment, including stablecoins.

Regulators struggle to keep pace with these developments, but they hold back at their peril on addressing the implications for banks. The concept that the same or similar services and activities should be regulated in the same way is proving to be difficult to apply in practice, not least because there is a fundamental difference in financial stability terms between institutions that take deposits and those that do not. But the challenge of how to supervise banks and non-bank payment firms and lenders on a level playing field is one that must surely be addressed, and addressed soon, by regulators in a coordinated way around the world. The time for regulators to congratulate themselves on the effectiveness of financial sector reform following the global financial crisis has come to an end. It is now time to think hard about where risks lie and how risks will develop in the emerging tech-enabled financial system, and the possible causes of the next financial crisis.

It is perhaps surprising, given all the disruption caused by covid-19, that some countries have managed to push through significant legal and regulatory reforms in banking in the past year. These measures have included significant overhauls of the whole bank regulatory regime in some countries, and in other countries further moves to implement Basel III standards. We have already seen some important changes of policy and emphasis in the United States under the new Biden administration. Legal and regulatory reform has continued in the European Union, albeit many initiatives have been delayed by the pandemic. The final departure of the United Kingdom from the European Union single market on 31 December 2020 and the resulting decoupling of London as a major banking centre from the European Union legal framework will continue to have reverberations and structural implications for banks operating in Europe. The long-term implications of Brexit for banks remain hard to predict; in particular, whether it will be a prelude to further fragmentation in banking regulation around the world.

This edition of The Banking Regulation Review covers 37 countries and territories in addition to the usual chapters on International Initiatives and the European Union. My thanks go to the authors for continuing to prepare informative chapters in the difficult and uncertain conditions in which many of them have been working over the past year. They continue to make this book the useful overview and guide to banking regulation around the world that it is.

Thank you also to the partners and staff of Slaughter and May in London and Hong Kong for continuing to support and contribute to this book, and in particular to Nick Bonsall, Ben Kingsley, Peter Lake, Emily Bradley, Ben Goldstein, Selmin Hakki, David Kasal, Tolek Petch, David Shone, Adrien Yeung and Ada Zhang.

The team at Law Business Research once again deserve great thanks for their hard work and understanding of the authors on this edition. Thank you, in particular, to Hannah Higgins. 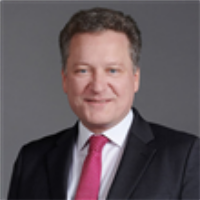