Cartels are a surprisingly persistent feature of economic life. The temptation to rig the game in one's favour is constant, particularly when demand conditions are weak and the product in question is an undifferentiated commodity. Corporate compliance programmes are useful but inherently limited, as managers may come to see their personal interests as divergent from those of the corporation. Detection of cartel arrangements can present a substantial challenge for both internal legal departments and law enforcers. Some notable cartels have managed to remain intact for as long as a decade before being uncovered. Some may never see the light of day. However, for those that are detected, this compendium offers a resource for practitioners around the world.

This book brings together leading competition law experts from 29 jurisdictions to address an issue of growing importance to large corporations, their managers and their lawyers: the potential liability, both civil and criminal, that may arise from unlawful agreements with competitors as to price, markets or output. The broad message of the book is that this risk is growing steadily. Stubborn cultural attitudes regarding cartel activity are gradually shifting. Many jurisdictions have moved to give their competition authorities additional investigative tools, including wiretap authority and broad subpoena powers. There is also a burgeoning movement to criminalise cartel activity in jurisdictions where it has previously been regarded as wholly or principally a civil matter. The growing use of leniency programmes has worked to radically destabilise global cartels, creating powerful incentives to report cartel activity when discovered.

This book serves as a useful resource to the local practitioner, as well as those faced with navigating the global regulatory thicket in international cartel investigations. The proliferation of cartel enforcement and associated leniency programmes continues to increase the number and degree of different procedural, substantive and enforcement practice demands on clients ensnared in investigations of international infringements. Counsel for these clients must manage the various burdens imposed by differing authorities, including by prioritising and sequencing responses to competing requests across jurisdictions, and evaluating which requests can be deferred or negotiated to avoid complicating matters in other jurisdictions. But these logistical challenges are only the beginning, as counsel must also be prepared to wrestle with competing standards among authorities on issues such as employee liability, confidentiality, privilege, privacy, document preservation and many others, as well as consider the collateral implications of the potential involvement of non-antitrust regulators.

The authors are from some of the most widely respected law firms in their jurisdictions. All have substantial experience with cartel investigations and many have served in senior positions in government. They know both what the law says and how it is actually enforced, and we think you will find their guidance regarding the practices of local competition authorities invaluable. This book seeks to provide both breadth of coverage (with a chapter on each of the 29 jurisdictions) and analytical depth for those practitioners who may find themselves on the front line of a government inquiry or an internal investigation into suspect practices.

This is the ninth edition of The Cartels and Leniency Review. We hope you will find it a useful resource. The views expressed are those of the authors, not of their firms, the editor or the publisher. Every endeavour has been made to make updates until the last possible date before publication to ensure that what you read is the latest intelligence. 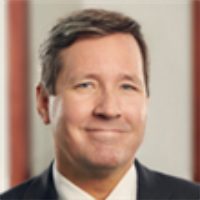 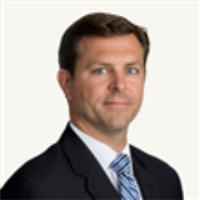