Introduction to the class actions framework

While class actions are on their way to being introduced in Luxembourg, there is currently no defined legal framework applicable to class actions and group litigation. As a matter of principal under Luxembourg procedural rules, a claimant can only sue for his or her own personal benefit to recover a loss personally suffered. There are, however, a few judgments that recognise that certain legal entities may be entitled to bring claims on behalf of their members. The District Court of Luxembourg, for example, held in 2005 that a legal entity would have standing to claim damages on behalf of its members on the condition that its constitutional documents authorise the entity to defend, through court proceedings, the interest of part or all of its members.2 In another judgment, from the Court of Appeal and dating back to 2007, it was held that unions are entitled to defend the interests of their members through court actions.3 The law also authorises some limited organisations (especially in the areas of consumer protection, animal rights and the preservation of the environment) to lodge claims for damages in criminal proceedings where the collective interests defended by these organisations are at stake. Other organisations are granted standing to bring legal claims in the general interest, but their ability to act effectively on behalf of multiple victims is still very limited.4 It thus seems difficult to argue that there is currently a general possibility to bring class actions under Luxembourg law, especially in the absence of any constant stream of case law or approval from the Court of Cassation. There are, however, mechanisms available to manage group litigation that will be further discussed in this chapter. These tools aim to group mass claims and to test a defined single claim before all other claims are resolved.

The initial stages of the preparation of a collective redress mechanism in Luxembourg have been ongoing for some time since the publication of Commission Recommendation of 11 June 2013 on common principles for injunctive and compensatory collective redress mechanisms in the Member States concerning violations of rights granted under Union Law.5 These past few years have seen a steady increase in efforts to lay the groundwork.

According to the 2018–2023 Coalition Agreement6 that was signed at the formation of the new government following the latest parliamentary elections in late 2018, a bill of law on consumer class actions should be adopted shortly. It is intended that the bill of law will draw inspiration from the proposal for a Directive of the European Parliament and of the Council on representative actions for the protection of the collective interests of consumers, and repealing Directive 2009/22/EC.7

The 2018–2023 Coalition Agreement also mentions that it will be further analysed if there is any incentive for introducing mediation either prior to or during a class action, and whether class actions should be extended to other matters such as environmental claims, discrimination, abuse of dominant position and unfair competition.

In an interview published in early January 2019, Luxembourg's Minister for the Environment reiterated that consumer class actions would shortly be introduced in Luxembourg, confirming that this subject is likely to be one of the government's current priorities. In a statement made in November 2019, Luxembourg's Minister for Consumer Protection reiterated the will to move forward quickly with the preparation of a bill of law on collective recourse. In a recent meeting with the Luxembourg Consumers Union, the Minister explained that she wished to have such a bill of law before the summer holidays in 2020.

i Tools for managing group litigation

To effectively manage mass litigation, it might be appropriate to group all claims under the same claimant to simulate to some extent the effects of a representative action.

As in most jurisdictions, claims can be transferred in Luxembourg by means of an assignment according to Article 1689 et seq. of the Luxembourg Civil Code. To be effective, it is necessary either to notify the assignment to the debtor or to have the debtor specifically agree to the assignment.

Assuming Luxembourg law applies to a given assignment, it would seem paramount to pay attention to Article 1699 of the Civil Code, which provides that in the case of an assignment of a litigious right against consideration, a debtor is allowed to exercise his or her right of withdrawal. Put simply, once a litigious right is transferred, a debtor is, in essence, entitled to extinguish the transferred claim by repaying the transfer price to the assignee with interest as from the date of the assignment. Such a right of withdrawal is contingent upon the right being litigious, meaning, according to Article 1700 of the Civil Code, that court proceedings have been commenced and that the right has been challenged on the merits.

Thus, to enable the assignee to mitigate the effects of the right of withdrawal, it would seem necessary to assign the claim before any legal proceedings are initiated against the debtor.

It would, in principle, be possible to constitute a special purpose vehicle to collect the various claims through different assignments and subsequently commence proceedings against the defendants.

If group claims are nevertheless brought individually, it would still be possible to have them consolidated into one single judgment and a single set of proceedings by applying for a joinder based on Article 206 of the New Code of Civil Procedure.

According to case law, in the interest of the good administration of justice, two or more isolated proceedings can be joined by a court of law if they are related, have a strong affinity, are closely correlated or are so interdependent that there may be a risk of disparity should the claims be tried and judged separately.

When faced with claims that are normally attributed to either the justice of the peace or the district court because of the amounts in dispute, it is theoretically possible to try and join all claims together, provided the various claims are filed before the same court. Article 18 of the New Code of Civil Procedure allows the parties to agree (either tacitly, or expressly through a signed joint declaration in court) bring proceedings before the justice of the peace where the amount under dispute would normally attribute the case to the district court. The district court's jurisdiction in terms of value is considered to be of public order, but a lower value claim can exceptionally be brought before it in case it is related to a claim that falls under its own jurisdiction.8

It should also be highlighted that class actions can to some extent be hypothetically simulated through the use of joinder proceedings in conjunction with a principal claim brought by a representative organisation (as discussed in Section I).

Test cases are not provided for by law. In the event of mass claims, in order to save on time and expenses, test cases are used in practice with the consent of both the litigating parties and the courts to try one specific case and adjourn or suspend all other related claims pending the outcome of the elected test case.

Test cases have proven their effectiveness and have specifically been implemented during the Madoff scandal when custodian banks were sued massively in Luxembourg for restitution by the victims. However, formally speaking, res judicata rules do not apply from one case to another.

Under Luxembourg law, a claimant is only entitled to lawful, certain, direct and personal damages. Punitive and symbolic damages are generally excluded. If the suit is based on a breach of contract, the alleged damages should also have been foreseeable at the time of conclusion of the contract.

There is currently no exception foreseen in case of mass claims or group litigation, meaning that each and every claimant should, in principle, demonstrate a personal damage meeting these requirements.

Settlements are governed by Article 2044 et seq. of the Luxembourg Civil Code.

A settlement agreement will only be binding and have the effect of res judicata on the contracting parties. In the case of group litigation, it is possible to have all claimants settle their demands with the defendant in one single document. It should nevertheless be noted that a valid settlement requires mutual concessions that, in case of a group settlement, need to be identifiable between each of the claimants and the defendant. In other words, a general concession by the group of claimants would likely not suffice. It is, therefore, also advisable to include a severability clause in case any anyone tries to invalidate the settlement with one of the claimants at a later stage.

Court approval of a settlement does not generally apply, but there are some limited exceptions, such as when a bankruptcy receiver is settling.

i Conflict of law and choice of law in group litigation

If a claim has an international aspect and is brought before the courts in Luxembourg, these will usually resort to the universally applicable Rome I9 and II10 Regulations to determine the governing law (unless the claim is not caught or is specifically excluded from the scope of these Regulations).

In applying the rules under the Rome I and II Regulations, it is mostly unlikely, but nevertheless possible, that claims might be governed by different applicable laws, even in similar factual circumstances. Disparities such as this may exist, for example, in instances where the claimants are of different jurisdictions or where the various contracts vary in terms of chosen governing laws. In practice, disparities in terms of governing laws will form an obstacle to grouping the claims together under the same proceedings, especially if this also implies differences in the laws applicable to evidence.

If a foreign law applies to a claim brought in Luxembourg, case law considers that the applicant bears the burden to prove the substance of the foreign law. Parties will usually rely on legal opinions issued by foreign practitioners. Luxembourg courts would also be able to rely on information on foreign law obtained in accordance with the European Convention on Information on Foreign Law of 7 June 1968.

Whether or not caught by the Brussels Recast Regulation11 or other international agreements,12 recognition and enforcement of a class action judgment in Luxembourg may prove to be challenging.

Depending on the architecture of the class action lawsuit at stake, concerns of Luxembourg international public order (in its mitigated application) may become a hurdle to effective recognition and enforcement of a class action judgment in Luxembourg. Issues may arise, for example, in relation to the applicable opt-in or opt-out mechanism, which may affect, to some extent, the rights of defence as conceived in Luxembourg. Other problems may exist when non-strictly compensatory damages have been awarded, such as punitive damages.

As a bill of law is shortly expected on a new framework for collective redress in Luxembourg, we may be in a position to present the envisaged rules in next year's edition of this chapter.

It is also anticipated that the introduction of class actions in Luxembourg will probably have an effect on the analysis whether foreign class action judgments are likely to be recognised and enforced in Luxembourg.

1 François Kremer is a partner and Ariel Devillers is a senior associate at Arendt & Medernach.

11 Regulation (EU) No. 1215/2012 of the European Parliament and of the Council of 12 December 2012 on jurisdiction and the recognition and enforcement of judgments in civil and commercial matters.

12 Such as the Hague Convention of 1 February 1971 on the Recognition and Enforcement of Foreign Judgments in Civil and Commercial Matters (Hague Enforcement Convention). 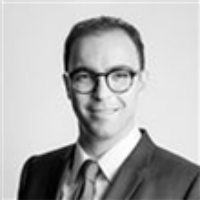 Explore all chapters on Luxembourg