This fourth edition of The Financial Technology Law Review is published at a time of significant changes and acceleration of pre-existing trends. Because of the lockdowns resulting from the covid-19 pandemic, digitalisation of businesses took a big step forward, which had a significant impact on developments in fintech as well. Fintech may claim to have become an established part of the financial ecosystem, although some new projects continue to challenge existing players and structures. This should not obscure the fact that nearly all major participants in financial markets by now support one or several major fintech initiatives.

While the number of relevant active cryptocurrencies has not increased significantly, in early 2021 the US$ value of Bitcoin reached nearly 60,000, probably due to public announcements made by several mayor financial market participants (of which Tesla was only one) that they will support the currency. Various payment services providers moved to the blockchain, and SWIFT made significant progress with its global payments initiative gpi, thereby raising the bar for incumbents. A number of 'neo-banks' could establish themselves on the market. Many established banks made their on-boarding and KYC processes virtual. The first commodity trade finance transactions on the blockchain passed. FAMGA (Facebook, Apple, Microsoft, Google, Amazon) companies all bought or entered into partnerships with fintechs or had active fintech programmes of their own. The same applies to their Chinese counterparts. The financial markets infrastructure (marketplaces, brokers, asset managers, settlement and wallet providers, but also structured products, robo advisers and regtech as well as insurtech providers) continued to expand, with new interest in algotraders, digital asset trading, exchange and settlement platforms. In spite of the economic crisis, funding for fintech projects remained on a high level and VC deals even increased in some areas, notably in Africa.

The response of governments and regulators to this new dynamism has started to move from general awe about and rejection of many new business projects to a more constructive approach. While Facebook's Libra project was significantly reduced in scope and will now proceed as Diem, many central banks, after initial rejection, are now considering in earnest to issue crypto currencies themselves. Numerous jurisdictions by now allow sandboxes in order not to overburden fintechs with regulations in their early stage. A major concern is data protection, and the EU's General Data Protection Regulation has become an international benchmark for protection levels. At the same time, concerns about AML (and sanction) compliance remain. The regulatory approaches vary; in particular, smaller jurisdictions such as Malta or Liechtenstein, but also Montana tend to issue specific new laws to address the numerous new issues, whereas larger jurisdictions (one example is Switzerland) tend to make only minor adaptations to their existing laws to bring them in line with the new market and technological realities.

Hence, the national solutions chosen vary considerably between jurisdictions, not only due to different regulatory cultures, but also due to differences in the private law treatment of some of the new issues arising. In the absence of a harmonised international regime, a structured collection of overviews over certain aspects of fintech law and regulation such as the present one continues to be valuable not only for the international practitioner, but also for anyone who looks for inspiration on how to deal with hitherto unaddressed and unthought-of issues under the national law of any country.

The authors of this publication are from the most widely respected law firms in their jurisdictions. They each have a proven record of experience in the field of fintech; they know both the law and how it is applied. We hope that you will find their experience invaluable and enlightening when dealing with any of the varied issues fintech raises in the legal and regulatory field.

The emphasis of this collection is on the law and practice of each of the jurisdictions, but discussion of emerging or unsettled issues has been provided where appropriate. The views expressed are those of the authors and not of their firms, of the editor or of the publisher. In a fast-changing environment, every effort has been made to provide the latest intelligence on the current status of the law. 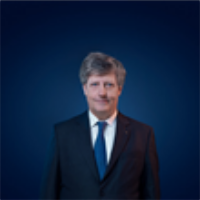