This eighth edition of The Foreign Investment Regulation Review provides a comprehensive guide to laws, regulations, policies and practices governing foreign investment in key international jurisdictions. It includes contributions from leading experts around the world from some of the most widely recognised law firms in their respective jurisdictions.

Unprecedented challenges have arisen in 2020 not only to the health and well-being of persons around the globe, but also to globalisation itself and, with it, the flow of capital. Whereas foreign investment has for a number of years been attracting increased attention, in the past year this trend has accelerated. Prior to the covid-19 pandemic, the global economy was continuing on its trend towards further integration, even with indications of emerging protectionism, and the number of cross-border and international transactions were increasing, while national governments continued to intervene in foreign investment based on a broadening set of criteria. Foreign investment reviews of cross-border mergers could not help but be affected by shifts in economic relations between countries, which in turn were driven by evolving geopolitical considerations. These included structural developments such as Brexit, as well as increased tensions over trade and related policies, as we have seen between the United States and China. These increased tensions have heightened concerns over national interest considerations such as the export of jobs and industrial policies, as well as heightened national security concerns over cybersecurity, new technologies, communications and other strategic areas. As previously pointed out, these developments have led, in the case of certain merger reviews, to increased tensions between normative competition and antitrust considerations on the one hand and national and public-interest considerations on the other, the latter sometimes weighing heavily against the former. As a result, more large cross-border mergers have been scrutinised, delayed or thwarted by reviews that are progressively broad in scope.

Since the pandemic has taken hold, the underlying considerations that had been driving trends in the review of foreign investment moved to the front of national agendas, with the result that these trends have been both accelerating and increasing in scope. Concerns about the benefits of globalisation have been on the rise in an environment where nations find themselves competing for supplies of critical medicines, equipment and personal protective equipment necessary to meet the public health emergency. This has led to a broadening of the types of businesses the takeover of which might be viewed as raising strategic, public interest or national security considerations. The increased focus on the stream of capital flowing from state-owned enterprises that had already driven greater scrutiny of proposed investments took on heightened importance, particularly in economic sectors viewed as being critical to the pandemic response, such as public health and supply chains. As the impacts of the worldwide economic shutdown on the valuation of domestic businesses began to be felt, concerns around opportunistic hollowing out of domestic sectors rose to the forefront of considerations of such matters as lowering financial thresholds triggering foreign investment reviews.

This has all taken place in the context of efforts to overhaul the regulatory landscape that were already under way in the United States and Europe. In the United States, the foreign investment review process has recently seen a significant expansion of the review authority of the Committee on Foreign Investment in the United States (CFIUS) following the enactment of the Foreign Investment Risk Review Modernization Act (known as FIRRMA) in August 2018. This included a broadening of transactions under CFIUS's scrutiny, most notably in connection with transactions involving critical technology, critical infrastructure and sensitive personal data. The exceptional coverage and commentary recently on the CFIUS review pertaining to TikTok is a reflection of the heightened interest in this area in the United States. In turn, there is greater focus on foreign investment in Europe, where a regulation gives the European Commission a new central advisory role in coordinating increased scrutiny by Member States, which have themselves strengthened their existing foreign investment laws (e.g., Germany). In the EU, there will now be greater focus on proposed acquisitions by foreign state-owned enterprises (SOEs) that may be acquiring European firms whose value has been reduced by the pandemic, in order to prevent the use of unfair subsidies. Recent additional regulatory steps directed towards broadening the scope of foreign investment reviews are being considered in the United Kingdom, as well as in other jurisdictions, and have also been taken in Australia where review thresholds have been dropped and national security reviews will be broadened. In addition, in Canada, timelines for national security reviews have been significantly extended and investments by SOEs, as well as investments in Canadian businesses related to public health or the supply of critical goods and services, will be subject to heightened scrutiny in response to the pandemic.

In addition to these significant developments, differences in foreign investment regimes (including in the timing, procedure and thresholds for and substance of reviews) and the mandates of multiple agencies (often overlapping and sometimes conflicting) continue to contribute to the relatively uncertain and at times unpredictable foreign investment environment. This gives rise to greater risk of inconsistent decisions in multi-jurisdictional cases, with the potential for a significant 'chilling' effect on investment decisions and economic activity. Foreign investment regimes are increasingly challenged by the need to strike the right balance between maintaining the flexibility required to reach an appropriate decision in any given case and creating rules that are sufficiently clear and predictable to ensure that the home jurisdiction offers the benefits of an attractive investment climate notwithstanding extraordinary circumstances.

The recently increasing breadth, scope and timelines for proposed acquisitions by SOEs and other proposed acquisitions giving rise to national security considerations have raised a potentially challenging issue in the context of proposed acquisitions of failing firms. There is a widely held view that, as a result of the disruptive economic effects of the covid-19 pandemic, there will be a sizeable number of distressed industries and failing firms in sectors that have been most significantly impacted by the pandemic. The number of failing firm cases is likely to increase the longer the pandemic continues to substantially affect economies in jurisdictions across the globe. The evolving view in various jurisdictions over the past couple of months or so is that the timeline for economic recovery from the effects of the pandemic is likely to be considerably longer than earlier forecasts suggested, and especially in sectors impacted the hardest; the OECD Economic Outlook issued by the Organisation for Economic Co-operation and Development (OECD) in June 2020 also reflects a longer timeline for economic recovery than the OECD originally estimated in March 2020.

In this exceptional environment there may be failing firm cases where the proposed acquirer is an SOE, which in some foreign direct investment reviews includes a corporation that may be influenced directly or indirectly by a foreign government. There may also be proposed acquisitions of failing entities in the public health or supply chain markets, which may be regarded as more sensitive transactions in the context of the pandemic. If these types of proposed acquisitions are subjected to increased scrutiny and longer timelines in foreign investment reviews where the acquiree is a failing firm, and to the extent that there may be a parallel competition review conducted on a considerably more expeditious basis, the proposed acquisition risks not being completed if the acquiree cannot be sustained during that period. That may lead to a competitively less preferable acquirer with existing operations in the same jurisdiction becoming the only purchaser in a position to complete the proposed acquisition, thereby avoiding liquidation of the assets and loss of jobs. The same result may follow even where the proposed acquirer is not an SOE or the failing firm is not in an apparently sensitive business, because the increasing scope and timelines for foreign investment reviews, coupled with continuing geopolitical tensions, may raise sufficient uncertainty to dissuade a foreign entity from making a proposed acquisition. These developments could have a significant impact on domestic market concentrations going forward.

With respect to the interface of national interest and public interest considerations and the evolving breadth of national security reviews, including, in some cases, as they may relate to or interface with, normative competition reviews, the American Bar Association Antitrust Law Section (ABA ALS) Task Force on National Interest and Competition Law prepared a report that was considered and approved by the Council of the ABA ALS in August 2019. In that report, the Task Force examined a number of cases in selected jurisdictions where these issues have been brought to the forefront.

In the context of these significant developments, we hope this publication will prove to be a valuable guide for parties considering a transaction that may trigger a foreign investment review, which often occurs in parallel with competition reviews. It provides relevant information on, and insights into, the framework of laws and regulations governing foreign investment in each of the 16 featured jurisdictions, including the timing and mechanics of any required foreign investment approvals, and other jurisdiction-specific practices. The focus is on practical and strategic considerations, including the key steps for foreign investors planning a major acquisition, or otherwise seeking to do business in a particular jurisdiction. The recent trends and emerging issues described above and their implications are also examined in this publication. Parties would be well advised to thoroughly understand these issues and to engage with regulatory counsel early in the planning process so that deal risk can be properly assessed and managed. Having regard to the changing regulatory environment pertaining to foreign investment reviews and the evolving protectionism as well as geopolitical considerations across a number of jurisdictions, regulatory counsel may recommend approaching the relevant government authorities at a comparatively early stage in order to engage in constructive discussions and to obtain an initial view from government officials of the proposed transaction.

We are thankful to each of the chapter authors and their firms for the time and expertise they have contributed to this publication, and also thank Law Business Research for its ongoing support in advancing such an important and relevant initiative.

Please note that the views expressed in this book are those of the authors and not those of their firms, any specific clients or the editors or publisher. 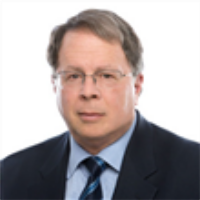 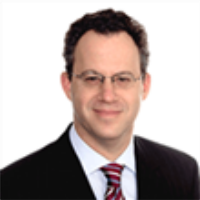