For this reason, public interest considerations, which are generally embedded in licences and state tenders, are increasingly serving as criteria for the approval or rejection of foreign investment in the country. Public interest considerations are varied, including the need to protect jobs, promote localisation and enhance the ability of small businesses or firms controlled or owned by historically disadvantaged persons, to become competitive. 'Historically disadvantaged persons' refers to black South African citizens, by virtue of their disenfranchisement during apartheid South Africa, as well as female and disabled South African citizens. The advancement of historically disadvantaged persons is often facilitated through the promotion of Broad-based Black Economic Empowerment (B-BBEE). B-BBEE is a socio-economic programme endorsed by the Constitution of the Republic of South Africa. It is designed to redress the inequalities of apartheid through transformative measures that enhance participation by black people (and certain other designated groups of South Africans) in the South African economy.

The Investment Act does not compel a review of inbound foreign investment, irrespective of the nature of the investment proposed. However, as noted above, the Competition Amendment Act (which was passed in 2019) permits the blocking of a merger involving a foreign acquiring firm if in the view of a President-appointed committee its implementation poses national security concerns for the country. While the President is yet to identify and publish a list of national security interests the committee must consider, the Competition Amendment Act provides that the President must, when determining what constitutes national security interests for purposes of that Act, take into account all relevant factors, including the potential impact of a merger transaction:

Unlike mergers and acquisitions, there is no review of new businesses established or joint ventures formed by foreigner investors.

Foreign investors who seek to establish a physical presence in South Africa for the purpose of setting up new facilities or engaging in merger and acquisition activity typically establish a company to serve as a subsidiary. There are no restrictions on foreign investors incorporating a company as a subsidiary (or otherwise) in South Africa under the Companies Act of 2008 (the Companies Act). Most foreign investors incorporate a private company, which must have at least one director and shareholder. The directors of a private company need not be South African. However, a private company may not have more than 50 members (shareholders). Should the foreign investor require an entity that may have more than 50 members, a public company may be its optimal corporate vehicle. Public companies are generally used where the founders anticipate offering securities to the public through IPOs, for instance. Both private and public companies attract limited liability, meaning that a shareholder's liability is restricted to its investment in the company. These companies are categorised as profit companies; other profit companies include personal liability companies, which are used by professional services providers, such as law firms. The Companies Act also makes provision for non-profit companies, which are obliged to apply their income and assets exclusively towards the promotion of the company's main objects.

The Companies Act also permits foreign investors to set up an external or domesticated company. An external company is a foreign company conducting business activities in South Africa through a branch office (referenced in the discussion of foreign banks below). The Companies Act requires that external companies submit their annual returns to the Companies and Intellectual Property Commission Office. The Companies Act also provides for the domestication of foreign companies. A foreign company may make application for the transfer of its registration in a foreign jurisdiction to South Africa and upon approval of that application the foreign company will 'exist' as a company in terms of the Companies Act (as if it had originally been incorporated and registered as such). Except as set out in the discussion in Section II, there are no requirements for the shareholders or directors of any of these companies to be South African. Where a foreign investor incorporates a local subsidiary, that subsidiary is treated as a local company for all intents and purposes. South African Exchange Control regulations apply to that subsidiary, including (without limitation) the requirement that the local subsidiary's transfer of intellectual property to an offshore affiliate be licensed to the affiliate and made subject to a taxable royalty payable to the local subsidiary.

Except for the national security interest considerations under the Competition Act (discussed above), there are no rules under South African law pertaining to takeover bids by foreign companies.

As part of its efforts to attract FDI into the country, the South African government has established the Special Economic Zone (SEZ) programme under the Special Economic Zones Act of 2014. This programme seeks to promote regional industrial development by providing incentives for foreign (and local) investors that elect to operate within the country's eight SEZs. These incentives include a reduced rate of corporate income tax, building allowances, a customs controlled area and tax relief, including tax incentives designed to support both greenfield (i.e., new industrial projects) and brownfield investments (i.e., expansions or upgrades of existing industrial projects).

The Electronic Communications Act of 2005 (ECA) imposes limitations on foreign control of commercial broadcasting services. The ECA provides that a foreign investor may not, directly or indirectly (1) exercise control over a commercial broadcasting licensee; or (2) have a financial interest or an interest in voting shares or paid-up capital in a commercial broadcasting licensee exceeding 20 per cent. The ECA further caps the percentage of foreigners serving as directors of a commercial broadcasting licensee at 20 per cent. In terms of the regulations issued under the ECA, the Independent Communications Authority of South Africa (the electronic communications regulator) may refuse to transfer a licence where the transferee's ownership and control by historically disadvantaged persons is less than 30 per cent. The ECA further regulates cryptography. In terms of that Act, a foreign cryptographer must be registered with the Department of Communications as such prior to rendering cryptography services and supplying cryptography products in (or to persons in) South Africa. This registration obligation applies to foreign cryptography providers rendering their services or selling their products in South Africa, irrespective of whether they have a physical presence in the country.

There are restrictions on foreign investors rendering business services (such as legal and investment brokerage services) without due authorisation. There are no explicit prohibitions against foreign state-owned enterprises making foreign investments in South Africa. However, transactions of this kind could be blocked under the Competition Act or public interest considerations embedded in various pieces of legislation, some of which has been discussed above.

The South Africa government has resolved not to enter into any new BITs. Furthermore, the country will not renew any BITs that come up for renewal. Instead, the Investment Act will serve as a uniform position for investor protection and a substitute for all the country's BITs. The Investment Act provides for foreign investors and their respective investments to be treated no less favourably than South African investors in like circumstances. The expression 'like circumstances' is defined as meaning the requirement for an overall examination of the merits of the case by taking into account all the terms of a foreign investment, including a host of factors specific to South Africa and not the investor. Factors cited include:

The Investment Act further provides for qualified physical security and legal protections for the foreign investor. Foreign investors and their respective investments will receive a level of physical security, 'as may be generally provided to domestic investors in accordance with minimum standards of customary international law, subject to available resources and capacity'. The investors will also receive legal protection of investments in accordance with the right to property in terms of the South African Constitution. The Constitution qualifies the right to property by permitting expropriation for a public purpose or in the public interest, subject to compensation, the amount of which and the time and manner of payment of which have either been agreed by those affected, or decided or approved by a court. The South African government is considering amending the Constitutional right to property to allow for expropriation without compensation in certain circumstances. The Investment Act empowers foreign investors to repatriate funds, subject to complying with taxation and other applicable laws.

The Act clarifies that the South African government or any organ of state may take the following measures, inter alia:

These measures could potentially have the impact of unilaterally eroding foreign investors' rights under the Investment Act.

South Africa recently adopted the International Arbitration Act of 2017, incorporating the UNCITRAL Model Law on International Commercial Arbitration (2006 version) into South African law. This Act may only apply to foreign investors' disputes with non-governmental South African entities. As indicated above, the Investment Act applies to foreign investors' investment-related disputes with the South African government, both in the local courts and in arbitration proceedings. South Africa has yet to accede to the Convention on the Settlement of Investment Disputes between States and Nationals of Other States (the ICSID Convention) and, having regard to the dispute resolution provisions of the Protection of Investment Act of 2015, the South African government is unlikely to accede to the ICSID Convention in the near future.

Foreign investors planning to enter the market will be well placed if they understand the public interest considerations that the South African government is advancing in the industries or sectors in which they propose investing, particularly if their proposed market entry will be pursuant to a state-issued licence, public private partnership or other form of state procurement. As noted above, the promotion of B-BBEE initiatives generally features prominently as a criterion for the award of licences and state procurement. Accordingly, the foreign investor may be required to enter into agreements with historically disadvantaged persons relating to, inter alia, ownership and management of its bid entity, and could possibly be required to consider the adoption of additional B-BBEE measures in its proposal to shore up its chances of success. In the minerals sector, for instance, a new mining right holder is obliged to have a minimum B-BBEE shareholding of 30 per cent.

1 Deon Govender is of counsel at Covington & Burling (Pty) Ltd. 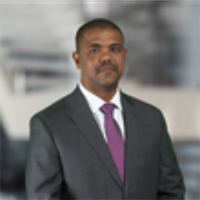 Explore all chapters on South Africa