The year 2019 has presented a mixed picture for the African continent. The collapse of crude oil prices a few years ago, which in Nigeria triggered the worst recession in a quarter of a century, has abated, with prices rising steadily over the past two years.2 While this undoubtedly benefits oil-rich countries such as Nigeria, Algeria and Sudan, recovery has been slow. In Angola, another oil-producing nation, the slow pace of political reform and continuing problems with corruption meant that, as predicted, it slipped back into recession in 2018.3 On the other hand, some mid-sized economies such as Tanzania and Kenya are continuing to see solid growth rates of around 5 per cent, with the spread of technology such as mobile banking and spending on large infrastructure projects among the driving factors.4 Growth in sub-Saharan Africa is forecast to average out at around 3.6 per cent in 2019–2020, although the World Bank notes that the picture remains uneven.5 The continent boasts the largest number of countries with the most notable economic improvement in the World Bank's 'Doing Business 2019' report – with Djibouti, Togo, Kenya, Côte d'Ivoire and Rwanda all included. The report draws particular attention to reforms in areas such as starting a business, obtaining credit and paying taxes.6

Africa therefore still provides plenty of potential opportunities for franchisors looking to expand their brand internationally. Many African countries are focusing on harnessing the potential for growth from advancements in technology, in particular mobile payment networks, allowing poorer individuals living in both cities and rural areas to have greater access to the wired, global financial economy, and providing faster and more secure payment and money transfer systems.7 Other countries, such as Côte d'Ivoire and Senegal, supported by infrastructure spending, are expected to continue growing robustly,8 ensuring that they are attractive prospects for foreign brands looking to invest in the region. Legislative and economic reforms have also been introduced in several countries to ensure local laws – particularly those relating to repatriation of funds and the protection of trademarks – do not deter foreign brands. The number of countries that have ratified the African Tripartite Free Trade Area agreement (TFTA) now stands at four, with South Africa the most recent to do so in October 2018.9 Once 10 further countries ratify the agreement it will enter into force, and there is optimism that this could happen within the next year.10 The past year also saw the signing of the African Continental Free Trade agreement (AfCFTA), which aims to create a continent-wide free trade area. The AfCFTA has rapidly reached 13 ratifications, fuelling optimism of reaching the 22 ratifications required to bring the AfCFTA into force.11 It is hoped that measures such as these will increase regional stability and facilitate economic integration, providing increased harmonisation in the areas of rules of origin, customs cooperation, non-tariff barriers and dispute settlement.

Franchising continues to be recognised by governments in the region as a fast and effective way to increase employment among local populations. Relatively high growth rates across the region continues to support a developing urban middle class, with a consequential increase in the demand for western brands and potential opportunities particularly for those operating in the retail and consumer space.12 The World Economic Forum also highlights the 'fast-growing youth population' and the urbanisation of the region, which is expected to result in over 50 per cent of Africans living in cities by 2050,13 as key reasons to keep Africa in mind with regard to expansion and investment. Continued improvement in infrastructure and policy across the region will undoubtedly strengthen this growth and ensure brands, both foreign and domestic, remain focused on Africa and its vast potential.

As in Europe and the United States, there is no unified or consistent approach to franchising in the African region. South Africa and Tunisia have enacted franchise-specific legislation, although each differs in its application. Nigeria, Angola, Kenya, Sudan and Uganda regulate technology transfer and commercial agency agreements, which may impact on franchise agreements depending on how the franchise is structured and the sector it operates in. Other countries rely on their civil codes, foreign investment laws or consumer protection regimes to regulate franchise arrangements. In Namibia, the competition commission (NCC) proposed a new franchising law in 2017, stating that it would contribute to its creation. In its announcement, the NCC recognised the economic importance of franchising, while highlighting potentially anticompetitive effects of franchise agreements that require resolution.14

Few African countries require franchisors to provide franchisees with pre-contractual disclosure. Franchisors entering into agreements in Tunisia and South Africa, however, should be aware that these countries are the two exceptions, requiring a minimum amount of information to be provided a set number of days prior to signing (20 days in Tunisia, and 14 in South Africa). A general duty to act in good faith both prior to signing and during any commercial – including franchise – agreement may be understood to require disclosure in certain countries such as Morocco, Algeria, Angola, Cape Verde, Congo , Equatorial Guinea and Mozambique, although the extent to which this is enforced is unclear.

It is not common practice to require registration of franchise agreements specifically, although many countries – such as Democratic Republic of Congo – require a trademark licence to be registered, and it is recommended (but not mandatory) in Angola, Cape Verde and Malawi. In Nigeria, there is a requirement to register franchise agreements as a sub-category of technology transfer agreement.15 In Egypt, a trademark licence may be registered, but it is recommended not to do so because of the difficulty involved in deregistering a licence.16 In August 2016, the Ethiopian Parliament adopted the Commercial Registration and Business Licensing Proclamation No. 980/2016 (CRBLP), which introduced, for the first time, a definition of a franchise agreement.17 The CRBLP was implemented by Commercial Registration and Licensing Council of Ministers Regulation No. 392/2016, which states that applicants for a special registration certificate of franchising must provide documents including a copy of the franchising contract.18

Any agreement that may result in the payment of money outside Zimbabwe by a business entity operating in Zimbabwe must be registered with and approved by the Zimbabwe Exchange Control Authority. South Africa, Cape Verde and Mozambique impose similar registration requirements in relation to agreements containing foreign payment provisions. While not strictly a registration requirement, central bank approval may be necessary for the remittance of payments abroad in a number of African states, including Angola, Congo, the Democratic Republic of Congo, Ghana, Gabon, Burundi, Rwanda, Cape Verde and Egypt.

Franchisors should also be conscious of any post-signing requirements that exist under local law. For those countries where agreements or trademark licences must be registered, or documents must be provided to central banks for remittance approval, this documentation will generally require some form of notarisation or legalisation, and may need to be provided in the local language. While it is rare for this to be an overly onerous requirement, these formalities can be expensive and cause delays if not planned and provided for in advance.

The absence of franchise-specific legislation across the region means that there are few mandatory clauses that must be included in a franchise agreement, beyond those requirements that exist in countries' general contract law or civil codes. South Africa does, however, stipulate a number of specific provisions that franchise agreements must contain, including express wording providing the franchisee with a 10-day cooling-off period.19 Additionally, foreign franchisors should be aware of particular restrictions that regulatory or national bodies impose on doing business more generally. In Nigeria, for instance, all foreign technology agreements must be registered with the National Office for Technology Acquisition and Promotion (NOTAP), and a broad range of obligations may be imposed on the agreement before NOTAP will approve its registration. Of particular importance to franchisors, NOTAP may limit royalty payments at 0.5 to 2 per cent of net sales or profit20 and prohibit any agreement having a term greater than 10 years.

Franchisors should also be aware of additional tax or foreign exchange restrictions that may apply to franchise agreements deemed to be 'service agreements' on that basis that at least part of the agreement relates to 'services' (such as initial training, guidance on the use of trademarks, etc.) being provided by a franchisor to a franchisee in exchange for a 'service fee' (howsoever named). In Angola, if a franchise agreement contains such service agreements, it is likely to be classified as a technical assistance and management agreement, which must satisfy certain criteria (including the requirement that the services cannot be obtained within Angola, and that the provision of the services will bring significant benefits to the 'franchisee' and the Angolan economy), must be licensed by the Ministry of Economy, and any fees paid thereunder will be subject to a higher tax burden. Similarly, in 2017, the lack of foreign currency and struggling domestic economy in Zimbabwe led to the Reserve Bank of Zimbabwe imposing a restriction on the level of any service fee being greater than 3 per cent of gross annual revenue.21 Recent legislative changes announced in October 201822 require all foreign currency receipts to be kept separate in a separate bank account from local currency receipts, to reduce the dilution of local currency and make payments to foreign creditors easier to process. However, the 3 per cent cap on service fees remains in place, so the real impact of these changes remains to be seen.

Franchisors considering African markets will, therefore, have to consider how best to structure their arrangements with their franchisees to ensure they are compliant with all local laws, while also ensuring they receive the full benefits of the anticipated deal.

1 Nick Green is an associate at Bird & Bird LLP. The information in this chapter was accurate as at January 2019.

4 'Africa's economies are turning a corner', The Economist (12 May 2018), available at: https://www.economist.com/middle-east-and-africa/2018/05/12/africas-economies-are-turning-a-corner.

20 'Updated Requirements for the Registration of Technology Transfer Agreements', National Office for Technology Acquisition and Promotion (NOTAP) (as accessed on 18 December 2018), available at: http://notap.gov.ng/content/updated-requirements-registration-technology-transfer-agreements. 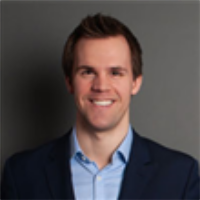