There is an absence of complete and systematic regulation of franchise agreements in Spain. The legal rules and principles applicable to these kinds of commercial contract are spread across different pieces of legislation that are varied in nature (mainly competition law and law applicable to retail commerce) and thus the principles have mostly been developed in the jurisprudence of Spanish courts, particularly that of the Supreme Court.

The recent judgment of 4 June 4 2020 issued by the Supreme Court is a good example of this.

The judgment of the first instance court and the judgment issued at second instance by the provincial court in Madrid upheld in part both the claim and the counterclaim, and declared the franchise contract terminated. The provincial court found that both parties had materially breached their respective obligations, and it declared the termination of the agreement on the basis of both parties' breaches. As regards the economic consequences of the breaches and the termination, the judgments ordered (1) the franchisee to pay the outstanding monthly royalties, and (2) the franchisor to partially refund the franchisee's initial fee in proportion to the actual duration of the agreement up to its early termination (almost one and a half years – rather than the seven-year term set out in the agreement). Additionally, the franchisee was ordered to pay damages to the franchisor for a separate breach related to the opening of a competitor business.

In hearing the cassation appeal brought by the franchisor, the Supreme Court case focused on the order to partially refund the initial franchise fee.

Interestingly, before analysing this specific legal issue, the Supreme Court judgment developed a long and detailed explanation of the legal regime governing franchisee agreements in Spain, quoting all relevant applicable pieces of Spanish and European legislation, and also covering the evolution of Spanish jurisprudence on the subject, with specific reference to the significant cases decided and the legal doctrine set down by the Supreme Court as from 1985. Thus, this doctrinal part of the judgment provides a very useful, detailed, up-to-date and authoritative guide to Spanish franchise law.

In relation to the disputed legal issue (the franchisor's obligation to partially refund the initial franchise fee), the Supreme Court confirmed the decision of the first instance and the provincial courts in applying the 'principle of restitution' doctrine set out in Spanish jurisprudence, according to which, as a general rule, the termination of the contract, in addition to ending the obligations it had generated (the 'release effect'), causes the 'restorative effect' (which is separate from and additional to compensation in the form of damages). According to this jurisprudence, the application of the restorative effect is of significant importance in those contracts of continual or successive performance (i.e., those agreements in which the fulfilment of the parties' obligations is not carried out in a single act but, rather, in performance that extends over a period), when at the time of termination the contractual obligations have already been partly fulfilled for the benefit of the other party. In those cases the restorative effect needs to be applied by means of a settlement or liquidation of the relationship, so that the party having partially fulfilled its obligations is either repaid by or refunds the other party in proportion to the degree to which the obligations had been fulfilled (regardless of which party is in breach and regardless of the damages to be paid ultimately to the non-breaching party).

In the substantiation of its cassation appeal, the franchisor argued that the order to return part of the franchise concession fee violated the rule of non-retroactivity of the contract termination effects in the case of continual or successive performance contracts that have already been fulfilled, partially or totally. The franchisor claimed that the initial single-payment fee allows acquisition of the right of entry to the franchise and the consequent transfer of know-how, therefore the fee for the grant of the franchise is a single service duly executed and consummated at the time of signing the contract.

To resolve this appeal, the Supreme Court in the course of its judgment considered (1) what should be understood by contracts of continual or successive performance and whether a franchise contract would fit into that category; (2) whether there is reciprocity between a franchisee's initial single-payment fee and the transfer of know-how by the franchisor; and (3) whether the initial fee should be considered as duly executed and irreversible in the event of early termination.

Regarding the first of the questions, the Supreme Court ruled that franchise agreements may be classified as continual performance contracts, not in a pure or strict sense but, rather, as a mixed or hybrid modality. On the one hand, it combines continuous benefits over time (e.g., integration into the franchise network, permission to use trademarks during the life of the contract and other elements of the franchisor's intellectual or industrial property) with other benefits of a successive nature (e.g., provision of products and material elements), which should also extend throughout the entire duration of the contract. On the other hand, the agreement affords other essential benefits that are not continuous or successive but must be provided only at the beginning of the life of the contract, such as the training of the franchisee's staff and, above all, the transfer of know-how from the franchisor. It is for this reason that the franchise contract cannot be classified as a continual performance contract in the pure or strict sense, for the purposes of applying the principle of restitution.

On this basis, the Supreme Court found that there is in fact reciprocity between the benefit (i.e., the transfer of know-how and complementary benefits such as training) and the consideration (i.e., the initial single-payment fee). However, the provision of this initial benefit constitutes a necessary prerequisite to enable the franchisee's exercise of powers of commercial exploitation and in this sense it is not a discrete benefit but, rather, must be regarded as interdependent with the rest of benefits to be provided by the franchisor to the franchisee.

For this reason, the Supreme Court concluded that, although in a franchise contract it is possible to distinguish between benefits of continual performance and others of unique performance, all of these together make up the benefit framework that the franchisor undertakes to provide to the franchisee, and this framework cannot be dissociated and as a whole is constituted in the transfer of the right to exploit the franchisor's product or service marketing system as the subject of the franchise agreement. In this sense, other than the grant of the contract itself, there is no 'interest' of the franchisee that could be deemed fully satisfied by the training and know-how received at the beginning of the contract, since the training and know-how alone are useless once the contract has been terminated. In other words, these benefits cannot be used independently and separately from other past or future benefits deriving from the same franchise contract. Consequently, the requirements to apply the Spanish courts' jurisprudence on the limitation of restorative effects in cases of termination of continual performance contracts are not met.

Hence, in this case, the partial refund of the initial single-payment franchise fee in a proportion that reflected both the actual duration of the agreement and the term of the contract that was not actually fulfilled was appropriate and, therefore, the franchisor's appeal was dismissed. 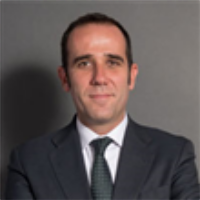 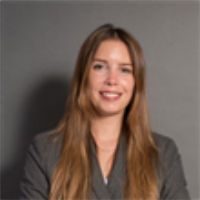