Gambling definitions are given in the Estonian Gambling Act (the Act). Gambling is a game where there is a precondition for participating in a game that the player makes a bet, when the player may win a prize as a result of the game, and when the outcome of the game is partly or fully determined by an activity based on chance or depends on the occurrence of a previously unknown event.

The types of gambling are:

The subtypes of games of chance are:

The subtypes of lotteries are:

Games of skill, where the only possible prize is getting the opportunity to take part in the same game again, sports competitions, lotteries with the value of the prize pool of up to €1,000 and which are not organised more often than once a week are not subject to the Act.

Under the Act, gambling with obtained licences is allowed in Estonia. The right to organise a game of chance, toto or game of skill is granted only to a legal person that has both the activity licence and operating permit for organising gambling.

The legislative history of gambling started in 1994–1995 when the first Lottery Act of 1994 and the first Gambling Act of 1995 came into power.

Gambling may be organised by any trustworthy legal person that meets the requirements of the Act and has both the activity licence and operating permit for organising gambling.

Lotteries on the other hand, may be organised only by a state-owned company.

State supervision over the organisation of both gambling and lotteries is exercised by the Estonian Tax and Customs Board (ETCB).

Gambling in the territory of Estonia is regulated by the state in a centralised manner.

The council of a rural municipality or city council may establish a uniform restriction on the opening hours of the gaming locations for games of chance situated in the territory of the rural municipality or city government. The council may also prohibit the opening of a gaming location for games of chance situated in a separate building if the gaming location would be situated in the immediate vicinity of the immovable which is in use by a preschool childcare institution, basic school, upper secondary school, vocational educational institution, hobby school, permanent youth camp, child welfare institution or youth work agency.

When Estonia first opened its market to offshore companies, it required that the operator's servers be located in Estonia. In 2012, Estonia removed that regulatory requirement.

Once the online market was legalised, Estonia started blocking unlicensed gambling sites offering their services to Estonian citizens. If any users attempted to access a foreign-based gambling site, they were automatically directed to the Estonian Tax and Customer Department. Service providers were liable to face fines for not blocking unlicensed sites. Estonia has also attempted blocking bank transfers to unlicensed sites as well as advertisement restrictions.

The basic legal framework for gambling in Estonia is the Act. The current Act entered into force on 1 January 2009. Gambling taxation is regulated by Gambling Tax Act. All gambling advertisement regulations are established in the Article 292 of the Advertising Act.

The legal system distinguishes between remote gambling and land-based one.

Remote gambling is the organisation of gambling in a manner where the outcome of the game is determined by an electronic device and the player can participate in the game by electronic means of communication, including telephone, internet and media services.5

Gambling is not considered remote gambling where electronic means of communication are used only for receiving bets, informing about the outcome of the game or transferring payments to the account of a player.6

Both forms of gambling are subject to the Act.

Land-based gambling is only permissible in a separate building, a hotel, conference centre or recreational establishment, or in a business building or shopping centre if it is not possible to enter the gaming location for games of chance through other premises of the business building or shopping centre and if there are no living quarters in the same building.

The gaming location for games of chance, toto or games of skill may not be situated in an immovable property that is in use as a preschool childcare institution, basic school, upper secondary school, vocational educational institution, hobby school, permanent youth camp, child welfare institution or youth work agency.

A gaming location for a game of chance, toto or game of skill may be opened only at an address, for which the local rural municipality government or city government has granted a written consent before the operating permit is applied for.

Online gambling operator can lawfully provide its services to customers located in Estonia only if it has a valid activity licence and operating permit.

There are four types of gambling activity licences concerning the operation of:

Separate operating permits for each type of activity licence are required. The same entity may hold several licences.

The server shall store data in the non-aggregated form (including the amounts transferred to the settlement account of the gambling operator, the amounts of bets made by every player and the amounts of prizes won), which is the basis for mandatory reporting on gambling and taxation. The organiser must take sufficient security measures to ensure the availability, integrity and confidentiality of the aforesaid data, according to the security class T2S2K2 (the Regulation on Three-Level IT Baseline Security System (ISKE)).10

Before obtaining the operating permit the following shall be appended to the application:

The gaming equipment used for the organisation of gambling as remote gambling shall ensure with sufficient certainty that:

If gambling is organised as remote gambling, the ETCB may require at any time the submission of an independent expert assessment regarding the compliance of the used software with the requirements provided above.12

The information specified in items (b) and (c) of the requirements above shall be stored for at least five years in a manner enabling to produce such information while responding to an inquiry from the ETCB, police or FIU.

Use of cryptocurrencies in gambling is allowed.

Before submitting the application an applicant have to pay the state fee.

The state fee for reviewing the gambling activity licence is:

The state fee for reviewing gambling operating permit (except lottery) is €3,200.14

The state fee for reviewing a lottery operating permit is €640.15

In order to obtain an operating permit, an application shall be submitted to the ETCB, and the following shall be appended to the application:

The term for the review of an application for an operating permit shall be extended by the duration of the expert assessment but not over two months. The ETCB shall inform the applicant in writing about an extension of the term.

If the server is not located in Estonia, or in a state that is a party to the Convention on Cybercrime, and the ETCB and the FIU do not have a cooperation agreement with the competent authorities of the country of location of the server regarding exchange of information on gambling supervision, the organiser of remote gambling shall, before starting to use the server for the organisation of remote gambling, provide the ETCB with evidence that the supervisory authority for gambling and the authority dealing with prevention of money laundering in the country of location of the server have a legal basis and the possibility of cooperating with the ETCB and FIU.18

The rates of gambling tax are the following:

Winnings from gambling offered by a licensed operator are exempt from personal income tax.

Advertising of gambling shall not contain an incitement to participate in gambling or visit a gaming location or information which may suggest that gambling contributes towards social success.

Advertising of gambling shall include the textual warning: 'Attention! This is advertising of gambling. Gambling is not a suitable means for solving financial problems. Examine the rules and behave responsibly!' The warning shall, given ordinary attention, be noticeable, understandable and clearly distinguishable from other information.20

Advertising of totos and games of skills is prohibited:

A trademark of an organiser of totos, games of skill or lotteries may be exhibited only if it does not contain an incitement to participate in gambling or visit a gaming location or contain information that may suggest that gambling contributes towards social success. A trademark of an organiser of games of chance that does not express a game of chance, a gaming location of a games of chance or a chance of winning in words or depict them in picture may be exhibited outside the places specified above. Communication of a trademark of an organiser of gambling to the public is prohibited in and on the buildings and territories in the use of education, on websites and before and during television and radio programmes that are directed at children.

Violation of the requirements for advertising might cause a fine up to 300 fine units (one fine unit is equal to €4).

The legal framework and jurisprudence in Estonia related to any gambling affairs have been quite settled. The level of those who have gambled in past two years has stayed the same as in 2014. Online gambling has doubled since then.

The covid-19 outbreak of 2020 has been detrimental to Estonia's casino market.

The Act also regulated online gambling for the first time under Estonian law. Estonian gambling and gambling-related laws did not change significantly in 2020, and no major changes are expected in the foreseeable future.

1 Andrius Gabnys is the founding attorney-at-law at Gabnys Law Firm.

8 Tax and Customs Board, Organisation of remote gambling, 2017.

10 Tax and Customs Board, Three-level IT Baseline Security System ISKE, 2019. 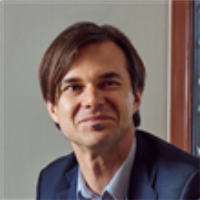 Explore all chapters on Estonia