Norwegian law does not differentiate between online gambling and their land-based counterparts, nor between different types of gambling. The Norwegian Lottery Act Section 1 first paragraph a) utilises the umbrella term 'Lottery' to cover gambling activities (e.g., casino-styled games, wagering or sports betting or lotteries), that require consideration and may provide winnings as a result of a draw, guess, chance or any other procedure that is partly or wholly determined by a random event (i.e., the presence of total or partial chance).

Norwegian law interprets the condition of 'consideration' broadly, in that the provision of private emails or use of a telephone with payment beyond the normal rate will be treated as consideration.

The condition of 'winnings' encompasses money, objects or other tangible assets with economic value. In principle, anything of value could be considered winnings within the meaning of the Lottery Act. It follows from case law that items of negligible value (e.g., simple promotional items and symbols of participation, such as mugs, cups, diplomas, posters and t-shirts) fall outside the concept of winnings.

If the outcome of the activity is beyond the control of the individual, the activity will fulfil the condition of having a total or partial chance. This condition is always met where the winner is selected by draw or guess, such as in traditional lotteries. If the activity consists of several parts, only one part must contain an element of randomness in order for the condition of total or partial chance to be fulfilled. This includes activities where the chance of winning depends on both skill and randomness. It does not matter if the random element is present before or after the part of the activity where participants compete in knowledge or skill.

As a general rule, Norwegian gambling legislation prohibits the provision, marketing or distribution of any form of lottery that does not have a licence from the Norwegian Gaming and Foundation Authority in accordance with the Norwegian Lottery Act Section 6 first paragraph or the Gaming Scheme Act Section 2. This licence is generally only attainable where the organisation has a humanitarian or socially beneficial purpose.2

The Norwegian gambling monopoly and the acts upon which it depends are based on the notion that 'lotteries [and other gambling activities] should be held in safe forms under public control aimed at preventing negative social impacts of lotteries while facilitating lotteries and gaming as a good source of income for sports, culture, humanitarian and socially beneficial causes'.3

While any organisation may apply for a licence, licences to operate commercial gambling activities are not granted as the state-owned companies Norsk Tipping (gaming) and Norsk Rikstoto (totalisator betting) holds the exclusive rights to provide commercial gambling services in Norway by virtue of the Norwegian gambling monopoly. Norsk tipping is the sole legal provider of, inet alia, commercial casino-style games, igaming, wagering and sports betting, while Norsk Rikstoto offers horse race betting.

Licences to hold lotteries, land-based poker tournaments and bingo games may be granted to local, regional or nationwide organisations who have a humanitarian or socially beneficial purpose within the area in which the lottery is held.

Gambling is regulated on a national level.

Norwegians can legally gamble on foreign-based websites hosted by foreign-based gambling operators without violating Norwegian law, regardless of the legality of the gambling services being offered.

Foreign-based operators may also tacitly offer their services to Norwegian consumers if they hold a licence in EU Member State or European Economic Area member state. The Norwegian Gaming and Foundation Authority may pierce the veil if it suspects that a Norwegian operator with a predominantly Norwegian customer base locates its operations abroad in order to circumvent Norwegian law or where foreign-based operators aligns and facilitate their business in such a way to provide its services towards customers in Norway, for example, by providing gaming services and customer support in the Norwegian language, having Norwegian spokespersons, marketing their services in Norwegian media or websites, facilitating payments to and from customers in Norway and allocating any surplus of the gambling operator to Norwegian organisations.

While a foreign-based operator might legally offer its services to Norwegian consumers, the Norwegian Gaming and Foundation Authority may still seek to hinder its business by enacting resolutions prohibiting Norwegian-based financial institutions and payment service providers from facilitating gambling-related payments between gambling operators (or their payment providers) and their customers.

The Norwegian Gaming and Foundation Authority (the Authority) regulates and supervises gambling in Norway.

As a general rule, the provision, marketing or distribution of any form of unlicensed gambling activity that has not been authorised by the Authority in accordance with Section 6, Paragraph 1 of the Lottery Act or Section 2 of the Gaming Scheme Act is prohibited. Norwegian law does not differentiate between land-based and online gambling.

As a general rule, the provision, marketing or distribution of any form of unlicensed gambling activity that has not been authorised by the Authority in accordance with Section 6, Paragraph 1 of the Lottery Act or Section 2 of the Gaming Scheme Act is prohibited.

Manufacturers or suppliers of gambling-related equipment are not subject to specific requirements under Norwegian gambling law.

There are no licences for individuals, although they may be subject to requirements under the various authorisation regimes. For example, applicants for licences may be required to submit:

Licences may be revoked if the licence holder has breached the terms of the licence or Norwegian law. Licences may also be revoked where a gambling device used in the gambling activity does not perform satisfactorily or where the holder has breached public order or otherwise facilitated the creation of an environment harmful to children and adolescents.

There are no specific restrictions on certain types of payment mechanism for gambling.

Private organisations may apply for authorisation to provide private lotteries, bingo and poker games under certain conditions. Lottery and bingo licenses are valid for one year. The Authority may also grant three-year licences to operate an annual, land-based, for-profit and national poker championship, with up to five regional qualification tournaments. Licences are required for both the operator of the gambling service, as well as the proprietor of any fixed location offering the service.

Licences are only granted to local, regional or nationwide organisations or foundations that are registered with the Norwegian Central Coordinating Register for Legal Entities (NCCRLE) and that have a humanitarian or socially beneficial purpose.

Pre-drawn or post-drawn lotteries are exempt from the requirement of a licence, provided that the organisation: (1) has an annual turnover that does not exceed 200,000 kroner; (2) has a humanitarian or socially beneficial purpose; (3) gives 14 days' prior notice to the Authority before the sale of lottery tickets; and (4) does not utilise a commercial third party to organise the Lottery.7

In order to apply for a gambling licence, an application is filed using the applicable form provided by the Authority. The Regulation on Bingo and the Regulation on the Lottery Act Sections 5, 6, 7a and 8 imposes the following conditions for prospective licence applicants, as set out below.

Certain licences are only granted by public application, namely:

Application fees range between 1,250 kroner and 20,300 kroner. If the application is successful, yearly licensing fees apply.

Individuals are not entitled to licences, although they may be subject to requirements under the various authorisation regimes. Applicants may be required to submit:

After submitting an application, the Authority will issue a non-binding preliminary evaluation, with a final decision to be expected within six and 12 months.

Negligent or wilful violations of the prohibition in the Lottery Act Section 6 and the Gaming Scheme Act Section 2 on the provision, marketing or distribution (including facilitation of payments) of any form of non-licensed gambling is punishable by fines and, in severe instances, imprisonment up to one year.8 Serious violations are punishable by imprisonment for up to three years.9 Violations of the prohibition against pyramid schemes will always be considered serious.

ISPs that merely permits access may not be held liable under the e-Commerce Act Section 16-18, which provides an exemption of liability for information society service providers that transmit information as a 'mere conduit' over an electronic communications network or otherwise cache or host this information.

It is legal for Norwegians to utilise non-licensed gambling services.

Any entity applying for a gambling licence must submit a police certificate of good conduct of the organisation's chair of the board, the proprietor or other participants.

Money laundering is supervised by the Norwegian Financial Supervisory Authority.

Winnings from gambling that exceed 10,000 kroner may be considered incidental prizes, which are taxable at a rate of 23 per cent under Sections 5 to 50(1) of the Taxation Act.

For professional gamblers, winnings may be considered income through self-employment. These gamblers will be taxed as a tradesperson and can deduct costs incurred through this activity. Norwegian tax law does not differentiate between winnings from foreign and Norwegian-based operators.

For lotteries held for the benefit of a humanitarian or socially beneficial aim (e.g., those provided by Norsk Tipping and Norsk Rikstoto), winnings are exempt from taxation. The exemption also applies to winnings from gambling operators based in other European Economic Area countries, provided that their gambling services are subject to public oversight and control and otherwise comparable to the gambling activities or lotteries that are legally available in Norway.

The Norwegian prohibition of unlicensed gambling applies not just to the provision of the gambling activity itself, but also to appurtenant services such as advertising and marketing. As such, the advertising or marketing of unlicensed gambling activities carries the same liability exposure under Norwegian law as the provision of gambling itself. See Section I.v for the distinction between tacitly providing gambling services and the targeting of Norwegian gamblers.

In order to close this loophole, the Norwegian parliament passed a proposal on 12 May 2020 to amend the Broadcasting Act by introducing a new Section 4-7, giving the Norwegian Media Authority the power to issue orders to prevent or impede access to advertising in television or audiovisual ordering services that contravene Section 2 of the Gaming Scheme Act, Section 11 of the Lottery Act or regulations issued pursuant to the Totalisator Act. The changes entered into force on 1 January 2021.

In the fall of 2020, the Norwegian government conducted a public consultation phase of a new Gaming Scheme Act. The proposes act is set to unify the existing Lottery Act, Gaming Scheme Act and Totalisator Act. A hearing was concluded on 29 September 2020, and the proposal is now set to be delivered to Parliament.

If enacted in its current form, the proposed Act will strengthen the position of the Norwegian Gambling and Foundation Authority and expand its regulatory powers, for example, by enabling it to issue fines and predetermined coercive fines for violations of the gambling legislation and issue orders to ISPs ordering them to issue DNS notifications to Norwegians, warning them that a website is offering unsupervised and unlicensed gambling services. The proposal would also greatly expand the Authority's investigatory powers.

1 Brede A Haglund is a partner and Alexander Mollan is a senior lawyer at Brækhus Advokatfirma DA.

3 See the Lottery Act Section 1a.

7 See the Norwegian Lottery Act Sections 7 and 5, second paragraph, the Regulation on the Norwegian Gaming and Foundation Authority and the Lottery Registry Section 5-1, first paragraph and 4. 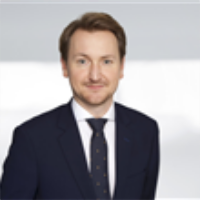 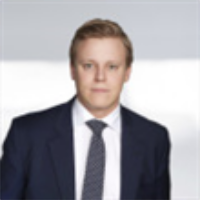 Explore all chapters on Norway