Whether in civil law or common law jurisdictions, the general principle underlying compensatory damages is largely the same: such damages are awarded to put the innocent party in the position it would have been in had the harm not occurred. Black's Law Dictionary, a frequently cited legal dictionary in the United States, defines compensatory damages as '[d]amages sufficient in amount to indemnify the injured person for the loss suffered'.2 This general principle finds a variety of applications across jurisdictions, factual applications and areas of law.

This chapter will provide some general background on compensatory damages around the world. While not meant to be an exhaustive survey, we endeavour to provide the reader with a basic understanding of the contexts in which compensatory damages are awarded, and how an injured party proves entitlement to the damage amount. Subsequent chapters of this volume will provide more detailed information concerning damage awards in various jurisdictions.

i Breach of contract

Where a breach of contract is at issue, compensatory damages are designed to place the injured party in the position it would have enjoyed if the contract had not been breached. Such damages are often referred to as 'expectation' or 'benefit of the bargain' damages. In most jurisdictions, this means that the injured party may recover for direct losses owing to the breach of the contract. In a commercial contract setting, lost profits may also be recoverable as compensatory damages, but proving lost profits with the requisite degree of certainly can be difficult and jurisdictions differ with respect to the likelihood of an award of lost profits.

In Australia, a common law jurisdiction, commentators have carefully noted that 'the same situation' does not necessarily mean 'as good a financial position'.3 A monetary substitute for performance, then, may not be as lucrative as actual performance of the contract, given that the breach may have caused the injured party's assets to lose their own value, and the fact that the injured party has a duty to mitigate damages.4

In Brazil, a civil law jurisdiction, compensatory damages for breach of contract account for both actual loss and future lost profits.5 In Russia, another civil law jurisdiction, direct losses and lost profits are recoverable, but lost profits have been particularly difficult to prove.6 Furthermore, Russian courts are empowered to reduce the scope of damages if the injured party increased the amount of damages or failed to take reasonable measures to reduce it.7

In the United Kingdom, compensatory damages for a breach of contract take the form of 'expectation damages': the injured party is awarded the net loss, which is calculated by quantifying the harms caused by the breach, and then deducting any benefits resulting from the breach.8 Such losses can include costs incurred from the breach and the profits that the claimant would have earned but for the beach.9 Where it is impractical to prove lost profits, the injured party is entitled to the rebuttable presumption that the venture would have broken even.10

Though Spain is a civil law country, it recently adopted the common law approach to compensatory damages. Therefore, following a breach of contract, the claimant may recover the costs or expenses it incurred as a result of the breach, and may also be awarded lost profits.11

In Singapore, there are two types of damages: liquidated damages, which are fixed by contract, and unliquidated damages.12 Unliquidated damages essentially function as compensatory damages – they put the party in the position it would have been if the contract had been performed fully and are assessed at the time of the breach.13

Similarly, in the personal injury context, compensatory damages seek to restore the injured party to his or her pre-injury condition. While many countries follow this general principle,14 jurisdictions differ in the types of losses they consider when awarding compensatory damages for tort. Canada and the United Kingdom provide instructive examples.

To restore a plaintiff to his or her pre-accident condition in Canada, courts look at both non-pecuniary losses such as pain and suffering, as well as the plaintiff's pre-accident financial condition.15 Courts consider both the past financial loss and the prospective financial loss.16 If a future loss may result owing to the defendant's wrongful conduct, courts will consider this future contingent loss against the probability of its occurrence; it may be added to the total compensatory damages award on a pro rata basis.17

In the United Kingdom, the injured party is entitled to be returned to the position that it would have been in had the tort not been committed.18 If the claimant receives benefits under an insurance policy, those benefits are irrelevant to the damage award.19 Compensable losses may be monetary or non-monetary.20 Courts in the United Kingdom recognise a wide variety of monetary losses: injured parties have recovered for the reasonable cost of repair to damaged goods, loss of anticipated profits, and wasted staff time for having to respond to a significant disruption in business owing to the injury.21

To receive an award of compensatory damages, the injured party must show that the injury in question actually caused the damages sought. The seemingly universal prerequisite of causation requires a direct link between the defendant's conduct and the plaintiff's injury. In some cases, the injured party will be required to rebut the wrongdoer's claim that the injury was caused by a different force. It is also a common concept that an injured party's attempts to obtain damages may be thwarted, at least in part, where the injured party did not take reasonable steps to ensure the damages were not greater than necessary. The concepts of causation and mitigation are discussed further below.

The Brazilian Civil Code generally requires a causal link between the act or omission attributed to the party in default and the consequence suffered by the innocent party.22

Law in the United States similarly generally requires a claimant to establish that the compensatory damages sought were suffered as a consequence of the claimed violation of tort law or a contract.23 American courts typically require a plaintiff to establish that the damages were proximately caused by the defendant's conduct. In other words, while the damages must not have happened but for the defendants' bad conduct, they cannot be so remote that they cannot be directly traced to the wrongful conduct, and they must not be the result of other intervening causes.24 On the other hand, there may be multiple proximate or 'but-for' causes of an injury, and the law of apportioning damages and seeking contribution or indemnity from others jointly or partially liable is generally a matter of state law.25 This is so in both contract and tort law.26

English and Canadian law share substantial overlaps regarding causation. Canadian law governing contracts and personal injury requires the injured party to show both legal and factual causation. Legal causation requires proof that the 'type or class of injury [was] a foreseeable result of the accident, although the extent of the injury need not be foreseeable'.27 Factual causation requires a showing 'that the injury would not have occurred “but for” the accident' or to show 'that the accident materially contributed to the injury'.28 If the plaintiff can establish either but-for or material contribution, the plaintiff can recover regardless of whether something else also contributed to its damages.29 But where the injuries are legally caused by more than one person, the damages will be apportioned among the wrongdoers.30

Under English contract law, the 'but-for' causation test likewise requires a plaintiff to prove factual causation. The primary goal is to put the plaintiff in the same position he or she was in pre-breach, but to avoid compensating the plaintiff for damages that he or she would have experienced regardless of the breach.31 'Legal causation' is also required under English law. In English law, the concept holds that 'even though some losses were factually caused by the breach (that is, but for the breach they would not have occurred), they are nevertheless treated legally as not having been caused by the breach'.32 Considerations such as foreseeability and remoteness will likely play a role in English courts' common-sense evaluations of whether the legal chain of causation has been interrupted.33

Another common principle regarding entitlement to damages is the concept of mitigation, a variation of which appears to exist in most jurisdictions at least in some areas of law. The Russian Civil Code 'allows a judge to reduce the scope of damages if the aggrieved party, intentionally or not, increased the amount of damages or failed to take reasonable measures to reduce it'.34 English courts similarly recognise the concept of mitigation, though if the defendant seeks to reduce his or her damages on the ground that the plaintiff failed to mitigate his or her damages, the defendant bears the burden of providing as much.35 The same is true in South Africa.36

Singapore law requires that, at least in the context of breach of contract, an innocent party act reasonably to mitigate his or her losses, though what exactly qualifies as reasonable is 'often a difficult concept to pin down'.37 In Brazil, though the concept of mitigation of damages has roots in common law, it has been gaining more recognition over the past few decades.38

The general principles underlying compensatory damages do not vary greatly across modernised legal systems around the world. Actual awards of compensatory damages are therefore driven by the facts of each case and the nuances of the local jurisdiction's governing law. As a best practice, one should partner with a practitioner knowledgeable of the local jurisdiction's practices, rules and precedents to obtain the best result for clients.

1 Gary J Mennitt is a partner, and May K Chiang and Selby P Brown are associates at Dechert LLP.

4 Pauline Ridge, 'The Assessment of Contractual Damages – Ruxley Electronics in Australia', 17 RLR 132 (2009); Brendan Sweeney, 'The Role of Damages in Regulating Horizontal Price-Fixing: Comparing the Situation in the United States, Europe and Australia', 30 Melb U L Rev 837, 874 (2006). 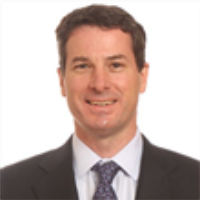 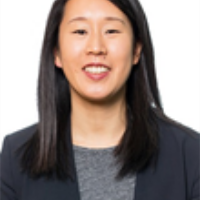 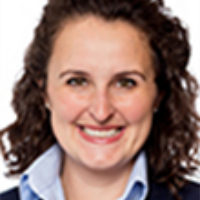