India follows the common law system. Judicial decisions of the courts of the UK (or other common law jurisdictions) are not binding on courts in India. However, such precedents have persuasive value and may be turned to for guidance in situations where the courts in India may have not established the jurisprudence on a particular question of law.

The law of damages in India pertaining to breach of contracts is contained in the provisions of Sections 73 and Section 74 of The Indian Contract Act, 1872 and judicial decisions pertaining to these provisions. There are also provisions for damages in several other statutes such as The Sale of Goods Act, 1930,2 statutes pertaining to the protection of intellectual property rights. This chapter contains the law of India on damages from breach of contracts, more specifically compensatory damages and does not include the law of damages in tort or under specific statutes.

The law of damages in India is prone to misconceptions largely because the statute itself is quite antiquated and the resulting extensive reliance on English law, which may not be contextually understood. However, Indian courts have over the years pronounced judgments that adopt developments in common law on the subject and with conceptual clarity, which can only be lauded.

The facts of the case

The plaintiff sought a permanent injunction restraining violation of multiple statutory and common law rights. They also sought a decree in damages from the defendants for infringement of copyright and passing off of trade dress – for the passing off of the defendants' impugned products (beard trimmers) as belonging to the plaintiff by use of trademarks, trade dress and copyright, which were identical or deceptively similar to those of the plaintiff.

The plaintiff claimed actual damages and additionally aggravated damages on account of the extreme bad faith actions and the wrongful conduct of the defendants.

The High Court of Delhi, holding the defendants liable for violation of statutory and common law rights on multiple counts, found that the plaintiff had proved the facts stated in the plaint and that the products of the defendants bore a close resemblance to those of the plaintiff. A permanent injunction to prevent infringement was therefore granted and compensatory damages awarded.

While considering the claim for aggravated (exemplary) damages, the High Court of Delhi referred to the principles set out in Hindustan Unilever Limited v. Reckitt Benckiser India Limited,28 which in turn relied on the decisions of the House of Lords in Rookes v. Barnard 29 and Cassell & Co Ltd v. Broome.30

The High Court of Delhi noted that punitive and exemplary damages might be awarded for wrongful conduct by the defendant that have been calculated by him or her to make profit for himself or herself that may well exceed the compensation payable to the claimant.31 In such cases, the defendant calculates that even after having paid damages imposed by courts he or she would still stand to gain from the wrongful acts,32 and noted with emphasis the observation of the House of Lords that: 'Exemplary damages can properly be awarded whenever it is necessary to teach a wrongdoer that tort does not pay.'

The High Court of Delhi also noted the three conditions set out in Re Rookes v. Barnard, which are to be satisfied before an award for aggravated or exemplary damages is granted. First, that the plaintiff cannot recover exemplary damages unless he or she is the victim of the punishable behaviour. Second, the cautionary restraint that the award of damages ought not to 'amount to a greater punishment than would be likely incurred if the conduct were criminal'.33 And thirdly, that although the means of the parties are irrelevant in the assessment of compensation, they are nevertheless material in the assessment of exemplary damages.

Thereafter, relying on Re Cassell & Co, the High Court further concluded that such damages are not to be added as separate components but rather awarded in substitution, although the rounded total sum shall have to be calculated by adding an additional amount to the compensatory damages.

The significance of the decision

This judgment authoritatively sets out the contemporary law on exemplary or aggravated damages. Although the decision itself pertains to infringement of intellectual property rights, its applicability to cases of tort in a broader sense is not limited. While the important conditions to be satisfied are set out in the judgment, it is significant that the most fundamental requirement is the clear finding of deliberate bad faith conduct as was evidently proven in this case.

In this context, while the court concluded that the bad faith intention of the defendants to infringe the plaintiffs' rights was evident, it also considered added misdemeanours such as wilful contempt and failure to appear to defend the case against them.

The facts of the case

The NCDRC ruled in favour of the respondents, directing the appellants to refund the amounts paid by the respondents for the property and also directed the payment of compensation and legal costs. The appellants maintained that, owing to the increase in costs beyond expectations, they had transferred the project to another company.

On appeal, the Supreme Court of India ruled in favour of the respondents. In doing so, it held that while the general principle consistently applied is that damages are compensatory and that the innocent party is to be placed, as far as money can, in the same position as if the contract had been performed, this rule is more qualified within the real estate sector.

Noting that the appellants had not given any valid reasons as to why the project property was transferred to another company, despite their contractual obligation to the respondents (having received a major part of the consideration), the Supreme Court of India held that: (1) the appellants were required to show that they were unable to transfer the property to the respondents; and (2) even though there was no delivery period stipulated in the agreement, a reasonable time has to be taken into consideration. Given that there had been no redevelopment of the property, there was deficiency of service.

On the quantum of damages, the Supreme Court of India ruled that while it is settled that damages have to be considered at the time of the breach, this rule allows flexibility and needs to be assessed in the facts and circumstances of each case.

However, the Supreme Court of India also held that the claim of the respondents granted by the NCDRC surpassed the actual loss-based damages and held that damages awarded should be compensatory and not result in an element of gain to the party suffering the breach.

The significance of the decision

This decision suggests that Indian courts may be inclined to consider the principles of damages as flexible and capable of liberal application in matters concerning consumer rights. Nonetheless, the generally accepted principle that damages are compensatory in nature remains sacrosanct.

1 Percival Billimoria is a counsel at Chambers of P S Billimoria. The author acknowledges Aamir Khan and Sanandika Pratap Singh for assistance rendered. The information in this chapter was accurate as at September 2019.

2 Prior to the enactment of The Sale of Goods Act, 1930, provisions pertaining to sale of goods were contained in Chapter VII of The Indian Contract Act, 1872.

22 Section 74 of The Indian Contracts and Specific Reliefs Act.

31 The other categories are oppressive, arbitrary or unconstitutional action by the servants of the government, and any case where exemplary damages are authorised by the statute.

32 The High Court of Delhi emphasised the following observation in the judgment of the House of Lords: 'Where a defendant with a cynical disregard for the plaintiff's rights has calculated that the money to be made out of his wrongdoing will probably exceed the damages at risk, it is necessary for the law to show that it cannot be broken with impunity.'

33 Especially since heavy damages awarded would be without the safeguards that criminal law affords to an offender. 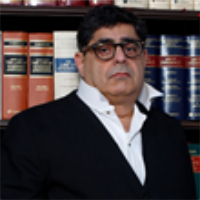 Explore all chapters on India