It is our pleasure to introduce the ninth edition of The Government Procurement Review.

Our geographical coverage this year remains impressive, covering 14 jurisdictions, including the European Union (EU), and the continued political and economic significance of government procurement remains clear. Government contracts, which are of considerable value and importance, often account for 10 to 20 per cent of gross domestic product in any given state, and government spending is often high profile, with the capacity to shape the future lives of local residents.

The past year has of course been dominated by the ongoing coronavirus crisis. In many cases, the tension between the need for urgent procurement of essential supplies clashes with the requirement to follow a structured procurement process. These issues are a subject of particular focus in the chapters for Brazil, Canada, the Dominican Republic, Germany, Greece and the United States. At EU level, the focus has been on identifying the ways in which such urgent procurement needs can be accommodated within the existing procurement rules. In the United Kingdom, the government has published several procurement policy notes during the pandemic, including advice on payments to struggling suppliers. In addition, the UK Green Paper on Transforming Public Procurement (referred to below) recognises the lessons of the covid-19 pandemic by proposing a new 'crisis' exemption to sit alongside the various urgency-related relaxations, with a proposal that a crisis could be declared by a minister, bringing with it the possibility of relaxations of the application of procurement law.

Another theme this year across a range of jurisdictions is legislative reform: for example, extensive reforms are proposed in Brazil, Greece, Saudi Arabia and Sweden. Portugal also had major reforms on track until shelved by the President. Switzerland is in the process of implementing recent legislative changes. Areas of focus for a number of these reforms include cybersecurity, prompt payment of suppliers, sustainability, the environment, whistle-blowing, modern slavery and supply chain management (see in particular the chapters for Austria, Australia, Canada, the United States and Germany).

As mentioned above, the UK government also published a Green Paper on reform of procurement law, taking advantage of the (limited) room for manoeuvre offered by the UK membership of the World Trade Organization's Agreement on Government Procurement and the boundaries set by the EU–UK Trade and Co-operation Agreement. While Brexit itself resulted in only minor changes to the UK procurement law regime, the Green Paper is very wide ranging: among its more notable proposals are a significant attempt at simplification and wider permitted use of negotiation; a move to provision of information to bidders throughout procurement processes; and a cap on damages for successful complainants, born of recent significant damages payouts in high-profile cases. The latter proposal has been met with a largely negative response from practitioners. It will be interesting to see what the balance of responses to the Green Paper is, and how many of its radical proposals become law.

International trade agreements feature again: as well as the EU–UK TCA mentioned above, we now have the Comprehensive and Progressive Agreement for Trans-Pacific Partnership (or CPTPP – superseding the Trans-Pacific Partnership) between Asia Pacific nations, and the Canada–United States–Mexico Agreement (or CUSMA – the replacement for NAFTA, applying, as regards procurement, only between the United States and Mexico). The United Kingdom and Canada have also signed a bilateral trade agreement, and various other free trade agreements are coming into force or are under negotiation.

There has also been some significant case law in the past year, most notably in the EU on public sector contracting and the issue of self-cleaning for contractors guilty of past failures.

The European Commission has been active on a number of fronts: the outcome of the process involving a White Paper looking at the potential distortive effects of foreign subsidies on the EU Internal Market, including a focus on these effects in the context of public procurement, is clearly one to watch.

When reading chapters regarding EU Member States, it is worth remembering that the underlying rules are set at EU level. Readers may find it helpful to refer to both the EU chapter and the relevant national chapter, to gain a fuller understanding of the relevant issues. So far as possible, the authors have sought to avoid duplication between the EU chapter and national chapters.

Finally, we wish to take this opportunity to acknowledge the tremendous efforts of the many contributors to this ninth edition as well as the tireless work of the publishers in ensuring that a quality product is brought to your bookshelves in a timely fashion, particularly given the effects of the pandemic and consequent lockdowns in most countries covered in this work. We trust you will find it to be a valued resource. 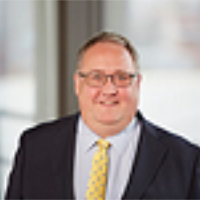 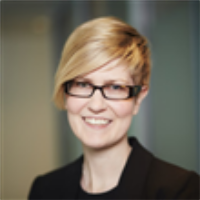