In Sweden, insurance litigation is often related to issues regarding insurance coverage. Moreover, there are cases related to indemnity insurance. The insurance company instructs counsel to defend the insured in line with the terms under the policy. There are plenty of subrogation cases, namely when the insurer has indemnified the insured and exercises subrogated rights in a claim against a third party. These cases are often settled by arbitration. Recent cases before the Supreme Court have covered issues regarding interpretation of provisions in the policy, third-party claims and the application of time limitation provisions.

In this chapter, we will provide an overview of general principles of Swedish insurance law and illustrate the recent case law.

i Sources of insurance law and regulation, supervisory authority

The Insurance Contracts Act (ICA) covers the relationship between the insurer and the insured. This is the core piece of legislation related to insurance under Swedish law. The ICA covers both commercial insurance and consumer-related insurance. It covers, inter alia, requirements on the information to be provided by the insurer to the insured, the insurance policy, limitations of insurers' liability, the premium, insurance coverage, adjustment of claims under the policy and third-party rights under the policy.

The Swedish Act on Insurance Distribution (AID) entered into force on 1 October 2018 implementing the EU Insurance Distribution Directive (IDD) into national law. The primary purpose of the IDD is to harmonise the rules for insurance and reinsurance distribution within the EU. The IDD also aims to achieve, when possible, equal competitive conditions and equal customer protection in respect of investments made directly in financial instruments compared to investments in life insurance (i.e., where the insurance premiums are invested in financial instruments). The AID covers mediation of all types of insurance. The Swedish legislation goes beyond certain EU minimum rules in certain aspects. These include requirements for third-party remuneration and in relation to impartiality, as well as stricter rules on marketing.

The Insurance Business Act establishes the regulatory regime for insurance operations. The Swedish Financial Supervisory Authority (FI) is responsible for supervision, authorisation, sanction assessment, issuance of regulations and reporting matters for the insurance industry. FI has developed regulations based on Swedish legislation. The regulations relate to, inter alia, issues regarding applications for underwriting permits, knowledge and competence requirements, employee compensation systems and requirements related to the adjustment-of-loss process and impartiality. There are also special provisions on distribution of insurance-based investment products and certain kinds of pension insurance.

According to Chapter 6 Section 1 and Chapter 8 Section 18 of the ICA, compensation may be made for any legal interest covered by the insurance.

According to mandatory law, illegal interests will not constitute a basis for entitlement to insurance compensation. Thus, the insurance must not cover loss of income that has arisen illegally. Moreover, the insurance policy cannot cover any payment obligation or loss arising from public sanctions decisions such as fines, environmental sanctions or confiscation of property. However, the insurance policy may provide for, inter alia, coverage of certain kinds of loss suffered by an employer caused by illegal actions by an employee against the employer.

Certain kinds of administrative fees, such as GDPR penalties, should probably be considered non-insurable interests, with insurance against these being unavailable. However, according to certain legal doctrine it has been suggested that such administrative fees can be covered by insurance. The issue is not covered by any Swedish case law. Thus, the legal position under Swedish law is not entirely clear in this respect.

Since there are several different and mutually exclusive kinds of Swedish financial sanctions, arguments could be made that the assessment as to whether the costs for a certain financial sanction are insurable or not should be made on a case-by-case basis, taking into account, inter alia, the reasons behind the sanction concerned and the actions of the insured.

The parties are free to agree to insure any interest other than that related to pure economic loss, actual damage or personal injury (e.g., insurance against moral damage). Moreover, there is no prohibition against the enrichment of the insured. However, another issue concerns whether the insurance policy should be interpreted as providing coverage that may give rise to such enrichment.

The ICA contains no provisions regarding disputes and litigation. Instead, litigation related to the determination and settlement of insurance indemnities is governed by the procedural rules for civil law cases laid down in the Swedish Code of Judicial Procedure.

In 2019, the Supreme Court rendered judgments regarding the definition and scope of insurance mediation.

In one of the cases, the question was whether financial advice regarding investment of capital provided in connection with entering into an insurance contract constituted insurance mediation.

The Supreme Court sought a preliminary ruling from the European Court of Justice, which in its judgment found the following:2

On the basis of the preliminary ruling of the European Court of Justice, the Supreme Court found – in both cases – that the actions concerned constituted insurance mediation.

Moreover, in the fraud case, the insurance company also alleged that the exception clause in the policy for damage caused by the insured intermediary intentionally or by gross negligence should apply to the individual suffering the loss.

A customer commissioned a service provider to carry out residential planning. The customer claimed compensation for design errors. The service provider, which entered into bankruptcy, was insured under a liability insurance policy.

According to Chapter 9 Section 7of the ICA, a third party that has suffered damage may take direct action against the insurance company in the event of the insured's bankruptcy.

The Supreme Court found that the six-month provision also applied to third-party claims under the policy. Thus, the Supreme Court concluded that, because of the service provider's failure to report the claim within the time limit, the customer was not entitled to compensation according to Chapter 9 Section 7 of the ICA.

In the school case, the municipality had in the autumn of 2002 decided to place a student in a certain school. The student's education started in 2005. In 2010, it was found that the education placement was not justified. The student, who completed the education programme in 2012, made claims against the municipality for damages for, inter alia, the amount of student loans or, alternatively, loss of income due to delayed entry into the labour market.

In the school case, the insurance company alleged that the damage first occurred in 2012; that is, when the student was granted student loans to supplement his studies or, alternatively, when the student's work income was unrelated to his supplementary studies.

The relevant issue in the Supreme Court was the question of when the damage had occurred, namely whether the damage had occurred during the term of the policy or not. Initially, the Supreme Court stated that damage – with respect to liability insurance – is related to the basis for the claim against the insured. Thus, the occurrence of the alleged damage suffered by the party claiming compensation from the insured should be decisive.

For the Supreme Court, it was clear that an expression such as 'when the damage occurs' may have different meanings in different contexts. Thus, the term had to be subject to interpretation. The Supreme Court made an overall assessment based on the wording of the term, industry practice and the purpose of the term. Moreover, the Supreme Court anticipated that the parties' intention was to achieve fair and reasonable provisions in the policy. Thus, the terms of the policy should be interpreted in a way that implements fair and reasonable provisions.

Sweden is a party to the 1980 Rome Convention on the Law Applicable to Contractual Obligations (Rome I). With only some exceptions, Rome I governs all the applicable national law for insurance contracts. According to Rome I, the basic principle is that the law chosen by the parties shall govern a contract. However, Rome I contains some restrictive choice-of-law rules regarding insu­rance contracts.

For a foreign judgment to be enforced in Sweden, a treaty on enforcement between Sweden and the foreign state is required. Such treaties exist between, among others, EU and European Free Trade Association Member States. Sweden is a party to the Brussels Regulation, the Brussels Convention and the Lugano Convention.

Moreover, the Swedish courts have the right to refuse the application of foreign law in recognising or enforcing a foreign judgment if it would lead to a result that is manifestly incompatible with public policy in Sweden.

M&A insurance has increased significantly over the past few years. Any disputes under M&A insurance are always settled by arbitration in Sweden.

Moreover, the importance of directors and officers insurance has also increased. There has been a substantial amount of litigation against former board members and auditors in Sweden in connection to, inter alia, withdrawal of banking licences and damage caused by alleged fraud.

The number of professional liability cases also seems to have increased, and these against law firms, among others. In the past, most cases were related to tax advice. Today, one can see an increased number of cases related to M&A advice in particular. This development may continue.

Furthermore, the concept of litigation funding is coming to Sweden and may increase further in the future, which may add to the number of insurance-related disputes.

Finally, there are ongoing cases before Swedish court regarding claims concerning damage caused by the covid-19 pandemic under, inter alia, epidemic insurance policies.

1 Johan Gregow is a partner at Wistrand. 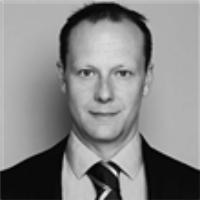 Explore all chapters on Sweden