i Structure of arbitration law in Japan

Arbitration in Japan is governed by the Japanese Arbitration Act (JAA),2 which was substantially modified from the old law, the Law Concerning Public Peremptory Notice and Arbitration Procedure.3 The JAA came into effect on 1 March 2004. The JAA applies to '(a)rbitral proceedings where the place of arbitration is in the territory of Japan' (Article 1), regardless of whether the proceedings are domestic or international. The JAA is largely based on the UNCITRAL Model Law on International Commercial Arbitration (1985) (UNCITRAL Model Law). Some distinctive features of the JAA compared with the Model Law are set out in Section I.ii. There have also been certain recent developments toward the amendment of the JAA, which are addressed in more detail in Section II.

This section sets out some distinctive features of arbitration in Japan arising from the JAA and other local laws that may be of interest to practitioners.

Article 13 of the JAA sets out the requirements for and the effects of arbitration agreements, which substantially mirror the Model Law. However, there are some special rules in the JAA that apply to specific categories of disputes. For example, labour-related disputes (as described in Article 1 of the Act on Promoting the Resolution of Individual Labour Disputes)4 are excluded from the scope of arbitrable cases under the JAA (Article 4 of the Supplementary Provisions to the JAA). Consumers are also at liberty to cancel arbitration agreements between themselves and business operators (Article 3.2 of the Supplementary Provisions to the JAA).

These provisions of the JAA have long been a topic of debate, and amendments are now being considered. Recent developments on that front are set out in Section II.

For these purposes, the term international arbitration was narrowly defined in Article 2(xi) of the Act on Special Measures concerning the Handling of Legal Services by Foreign Lawyers (Foreign Lawyers Act)5 as 'a civil arbitration case which is conducted in Japan and in which all or part of the parties are persons who have an address or a principal office or head office in a foreign state'. This definition gave rise to issues in respect of arbitrations between wholly owned Japanese subsidiaries of foreign parent companies, as such an arbitration may not meet the above definition, preventing the parties to such a case from choosing to be represented by foreign counsel.

This problem led to the amendment of the Foreign Lawyers Act in 2020.6 The amended Article 2(xi) of the Foreign Lawyers Act has relaxed the definition of international arbitration, so that it includes those cases where (1) a parent company that holds 50 per cent or more of the total voting rights of any party of the arbitration has an address or a principal office or head office in a foreign state, (2) the substantive governing law agreed upon by the parties is not the laws of Japan, or (3) the place of arbitration is in a foreign state. The Foreign Lawyers Act was also amended to further relax the requirements for foreign lawyers to become registered in Japan (i.e., to give credit for up to two years spent providing legal services in Japan toward the three-year practical experience requirement) and permitted the establishment of a joint corporation system for law firms to enable cooperative legal enterprises consisting of both Japanese lawyers and registered foreign lawyers.

Under the JAA, an arbitral tribunal is explicitly permitted to assist in the settlement of civil disputes subject to arbitral proceedings if both parties have consented in writing (Article 38.4 and 38.5 of the JAA). This reflects Japanese court procedures that allow a judge to attempt to settle a dispute even if that has not been requested by the parties (Article 89 of the Japanese Code of Civil Procedure). Under the JAA, the parties may at any time withdraw their consent to the tribunal's involvement in settlement, but such withdrawal of consent must also be in writing (Article 38.5 of the JAA).

iii Structure of the courts

The Japanese courts' jurisdiction over arbitral proceedings is limited by Article 4 of the JAA to the matters explicitly set out in the JAA. For example, the Japanese courts have jurisdiction over matters relating to the service of notice (Article 12), the appointment or removal of arbitrators (Articles 17, 19, 20), challenges to an arbitral tribunal's decision that the tribunal has jurisdiction (Article 23), assistance with evidence-taking (Article 35) and setting aside or enforcing arbitral awards (Articles 44, 46), but only when the requirements provided in these corresponding provisions of the JAA are satisfied.

There are no specialised arbitral divisions in the Japanese court system.

Other than the JCAA, Japan has the Tokyo Maritime Arbitration Commission of the Japan Shipping Exchange, which only deals with maritime disputes, and which has a three-track system of arbitral rules depending on the value of the dispute.

The Japanese arbitration market has historically been less active than many others in Asia, such as Singapore or Hong Kong, but that has recently begun to change, and in some instances, drastically so. In 2017, the Cabinet Office established a government committee to discuss ways to foster the growth and development of international arbitration in Japan. Although these programmes remain nascent, several standout examples of progress include the establishment of the Japan International Dispute Resolution Centre (JIDRC) and the substantial amendments of the JCAA Rules in 2018 and 2019 that were mentioned above. The details of these new developments of Japanese arbitration are set out below.

We would like to highlight the amendments to the JAA under discussion here. As discussed in Section I above, the current JAA was drafted based on the Model Law of 1985; but the amendments to the Model Law that were adopted in 2006 had not been incorporated into the JAA. Also, while the United Nations Convention on International Settlement Agreements Resulting from Mediation (Singapore Convention) came into force in September 2019, it has not yet been adopted in Japan, and Japan's stance in respect of international mediations, including those occurring during or in the course of an international arbitration, has not been clear under the JAA.

In order to reflect and implement these and other changes that have been at the forefront of global discussion, the Arbitration Subcommittee of the Legislative Council of the Ministry of Justice was organised, and discussion formally commenced in October 2020.

The main contents of the amendments under consideration are as follows:

The draft amendments are now undergoing a public consultation procedure (which will be closed on 7 May 2021) and will be taken forward accordingly thereafter.

In recent years, arbitration practitioners in Japan have been waiting for developments in a well-known case regarding the setting aside of an arbitral award on the grounds of an arbitrator's failure to disclose a potential conflict, which was remanded by the Supreme Court to the Osaka High Court on 12 December 2017. The appeal was dismissed on 11 March 2019 by the Osaka High Court. It determined that: (1) it is required for an arbitrator to disclose the fact that a different lawyer from the same law firm as the arbitrator used to represent a related company of a party to the arbitration; but that (2) the arbitrator will be deemed to have complied with his or her disclosure obligation as long as he or she has taken all the necessary actions required to use the normal conflict-checking system implemented by his or her firm.

Japan is a contracting state to the Convention on the Settlement of Investment Disputes between States and Nationals of Other States, the Energy Charter Treaty (ECT), and the Comprehensive and Progressive Agreement for Trans-Pacific Partnership (CPTPP). As at April 2020, it is a signatory to 33 bilateral investment treaties (BITs) (of which 29 are currently in force) and 18 free trade agreements and economic partnership agreements (EPAs) that include provisions pertaining to investment protection. Most of these instruments include investor–state dispute settlement provisions that permit investors to initiate arbitration directly against the contracting states, with the Japan–Australia EPA and the European Union (EU)–Japan EPA (mentioned below) as notable exceptions.

In the past decade, Japan has sought to increase the number of investment treaties and other investment-related agreements to which it is a party. Since 2016 in particular, Japan has signed BITs with Iran, Israel, Kenya, Armenia, Argentina, Jordan, Morocco and the United Arab Emirates; the CPTTP; and the EU–Japan EPA (albeit with the investor–state dispute settlement provisions excluded, pending further discussion). It has also ratified several previously signed agreements.

Despite the increase in investment treaties and related instruments to which Japan is a party in recent years, the involvement of Japan and Japanese entities in investor–state dispute settlement remains relatively low, particularly when compared to its smaller neighbour, South Korea. That said, 2020 saw Japan become a respondent in an investor–state arbitration for the first time. The case, Shift Energy v. Japan, has been brought by a Hong Kong renewable energy investor under the Hong Kong–Japan BIT, and is being administered by the International Centre for the Settlement of Investment Disputes (ICSID). The case remains in its early stages, with an arbitral tribunal only recently having been constituted.

There have also been developments in respect of investment treaty arbitrations in which a Japanese investor entity is, or was, involved. It appears that Japanese investors are becoming more active users of investor–state dispute settlement.

One of the ongoing investment treaty arbitrations involving a Japanese claimant, Eurus Energy Holdings Corporation and Eurus Energy Europe BV v. Kingdom of Spain,7 has recently seen the issuance of a decision on jurisdiction and liability in favour of the investor. While the tribunal invited further submissions on the amount of damages to be awarded, the tribunal found Spain liable for breaches of the Energy Charter Treaty. Several other cases where Japanese claimants are pursuing claims under the Energy Charter Treaty against Spain remain pending, including ITOCHU Corporation v. Kingdom of Spain,8 JGC Corporation v. Kingdom of Spain,9 and a new claim registered by ICSID in October 2020 that has been brought by Mitsui & Co., Ltd.10

An additional favourable result for a Japanese investor came to Nissan, as it settled its claim against India11 on highly favourable terms following a 29 April 2019 decision on jurisdiction.

Adding to the developments in 2020, an award was issued in a long-running investment treaty arbitration where the investor was a wholly owned subsidiary of a Japanese company (Bridgestone Licensing Services, Inc and Bridgestone Americas, Inc v. Republic of Panama),12 which is also administered by ICSID, and is which is proceeding under the United States–Panama investment promotion agreement. The investor did not prevail, with the arbitral tribunal finding that no denial of justice had occurred.

Finally, a smaller Japanese trading company has brought an ICSID claim against the People's Republic of China under the 1988 China–Japan BIT. That case remains in its early stages but is being watched with interest.13

Despite the small number of cases newly filed with the JCAA in 2020, our view is that Japanese companies are becoming more inclined to engage in international arbitration. In practice, we see more arbitration clauses (than jurisdiction clause) in contracts and represent clients in more cases than ever. More generally, interest in the field continues to increase. We expect that the amendments to the JAA will, when adopted, stimulate this trend and further promote the development of the Japanese international arbitration market. 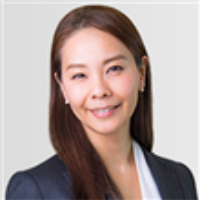 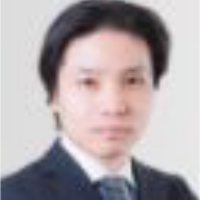 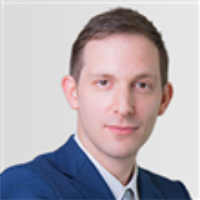