The Principality of Liechtenstein is a small state in the middle of Central Europe.2 Its most important economic sectors in terms of contribution to GDP are industry and the services sector, in particular the financial services sector.3 As of 30 April 2021, 12 banks, 36 insurance companies, more than 100 asset management companies, more than 200 trust companies and more than 200 lawyers were registered in Liechtenstein. Moreover, at the end of 2019, 18,219 foundations, trusts and establishments were either registered or deposited with the Liechtenstein Commercial Register.

Liechtenstein's economic success story is in particular attributable to its geographic location in the heart of Europe, its vicinity to Switzerland, with which it has entered into a customs and currency union, its membership of the European Economic Area, its highly developed banking and financial sector, its rapidly developing tax treaty network and its liberal company and tax legislation, which is in full compliance with the European standards.4

The most important piece of Liechtenstein company legislation is the Persons and Companies Act (PGR), which was enacted in 1926.5 The PGR introduced, among others, the foundation, the establishment and the Anglo-Saxon trust into Liechtenstein law. In 1928, provisions on business trusts were enacted,6 modelled on the basis of the Massachusetts Business Trust. In 2009, the law on foundations was completely revised.7

The importance of the industrial and financial services sectors, and in particular of legal and fiduciary service providers who advise, represent or administer thousands of legal entities and trusts the vast majority of which do have a nexus to at least one foreign jurisdiction, was also one of the main drivers with respect to the development of the Liechtenstein law on arbitration.

Liechtenstein has for many years abstained from entering into bilateral or multilateral agreements on the recognition and enforcement of foreign judgments or arbitral awards, with the exception of Austria and Switzerland with which Liechtenstein has concluded bilateral agreements to that effect.10 The primary reason for such abstention was the concern that the conclusion of such agreements could jeopardise the asset protection and estate planning business of fiduciary service providers.11

With a view to overcoming this isolationist attitude, the government in its programme for the legislative period from 2005 until 2009 deemed it imperative to consider the accession of Liechtenstein to the New York Convention. However, as a precondition for the accession, the government deemed a reform of the Liechtenstein law on arbitration to be indispensable. The reform should be based on the UNCITRAL Model Law on International Commercial Arbitration of 1985, as amended in 2006. The new rules should be applicable to both national and international arbitral proceedings and should not only govern traditional commercial disputes.12

The revised Liechtenstein law on arbitration finally became effective on 1 November 2010.14 The main features of the reform included:

iv The structure of the Arbitration Law

As for the structure of the new Liechtenstein Arbitration Law, the new provisions are contained in Section 8 of the Fifth Part of the Liechtenstein CCP (Sections 594 to 635).

Among these provisions are those governing:

Among the new provisions on arbitration, the provision of Section 599 of the Liechtenstein CCP on the arbitrability of disputes deserves particular attention.

Family law matters and claims under apprenticeship contracts pursuant to the Law on Vocational Training15 are not arbitrable (Section 599, para. 2 of the Liechtenstein CCP).

Section 599, para. 3 of the Liechtenstein CCP finally provides that the jurisdiction of the Liechtenstein courts in proceedings that can only be initiated on the basis of mandatory provisions of Liechtenstein law ex officio, or upon application or notification by the foundation supervisory authority or the public prosecutor, may not be waived by an arbitration clause in the statutes or similar constitutional documents of a corporate entity or a foundation or trust.

With respect to disputes involving Liechtenstein trusts, the relevant provisions of the PGR do not contain an express provision on the arbitrability of disputes involving Liechtenstein trusts. However, Article 931, sub-para. 2 PGR provides for the mandatory jurisdiction of an arbitral tribunal to arbitrate disputes between the settlor, trustee and beneficiaries of the trust. From that, part of the legal literature concludes that it must, all the more, be permitted to agree on the jurisdiction of an arbitral tribunal in matters that relate to Liechtenstein domestic trusts.17

With respect to the gathering of evidence, Section 616 of the Liechtenstein CCP provides that it is up to the arbitral tribunal to decide on the admission of evidence, on the respective procedure and the free assessment of its outcome.

viii The ratification of the New York Convention

Liechtenstein has, however, made a reservation in the context of its accession to the Convention in that it will only apply the Convention to the recognition and enforcement of arbitral awards that were made in another contracting state on the basis of reciprocity. As long as the condition of reciprocity is fulfilled, Liechtenstein will recognise and enforce arbitral awards made in another contracting state irrespective of whether the substance of the underlying dispute was of a commercial or non-commercial nature.

As a result of the accession to the Convention, the historical protective measures that had been implemented by Liechtenstein to provide shelter against the recognition and enforcement of foreign arbitral awards ceased to be effective.20

Despite the enactment of the revised law on arbitration and the accession to the New York Convention, Liechtenstein still did not offer the possibility to resolve arbitral disputes in the context of institutionalised arbitral proceedings.

To overcome this deficiency, a number of Liechtenstein attorneys experienced in both litigation and arbitral proceedings established the Liechtenstein Arbitration Association.

While Liechtenstein cannot effectively compete with other arbitration centres like London, Zurich, Vienna, Singapore or Hong Kong, the clear objective was to create a set of arbitration rules flexible enough to be attractive for both the resolution of traditional international commercial disputes, and for the resolution of disputes involving beneficial or other interests in Liechtenstein structures such as foundations, trusts and establishments, and to create a niche that has thus far not been occupied by other arbitration centres.23

The Rules were primarily modelled on the UNCITRAL Arbitration Rules and on the Swiss Rules from which, however, they deviate in some respects.24

The Rules in 16.3 also contain a very pragmatic approach to set-off defences. While the arbitral tribunal in principle has jurisdiction to hear such a defence, it may refuse to do if to hear such defences would delay or complicate proceedings, or if justifiable interests of the other party so require.

One unique feature of the Rules is their provisions governing confidentiality, as the Rules have been drafted with a view to also be applied in relation to disputes involving fiduciary structures such as foundations, trusts or establishments, in which confidentiality is usually of utmost importance.

The main features of the provisions on the preservation of the principle of confidentiality in arbitral proceedings under the Rules can be summarised as follows.

First, Article 6 of the Rules imposes certain eligibility conditions on arbitrators. In principle, only a person who is subject to certain professional confidentiality obligations (such as lawyers, professional trustees that are regulated under Liechtenstein law, patent lawyers or auditors) may be appointed to serve as an arbitrator. The parties to arbitral proceedings may, however, waive this condition. If nominated, a nominee has to confirm that he or she satisfies this eligibility condition.

Furthermore, pursuant to Article 29.4 of the Rules, the parties, their representatives, the arbitrators and any commissioner shall take appropriate organisational measures to safeguard the confidentiality of the arbitral proceedings, including, for example, encryption of email correspondence.

The obligation to preserve confidentiality does not terminate upon the conclusion of the arbitral proceedings. Violations of confidentiality in arbitral proceedings under the Rules results in a contractual penalty of 50,000 Swiss francs being payable for each violation (Article 29.7 of the Rules). A provision on such contractual penalties in the rules of arbitration is not only innovative but also unique.

No bill of law proposing to amend any one or more of Sections 594 et seq. CCP was introduced into parliament, and no laws were passed in that respect in the year 2020. Also, the Liechtenstein Rules remained unamended in 2020. No published decisions of the Liechtenstein courts have been handed down pertaining to the period from 1 January to 31 December 2020 that would have involved relevant issues relating to arbitration. As Liechtenstein is not a member of the International Convention on the Settlement of Investment Disputes between States and Members of other Contracting States, no cases were reported under that Convention.

The extent to which Liechtenstein will be chosen as venue for arbitral proceedings will finally depend on the qualification and skills of the arbitrators and of Liechtenstein counsel to the parties involved in disputes.

1 Mario A König is a partner at Marxer & Partner Rechtsanwälte.

19 Report and Motion Concerning the Convention on the Recognition and Enforcement of Foreign Arbitral Awards; No. 47/2011 of 26 April 2011. 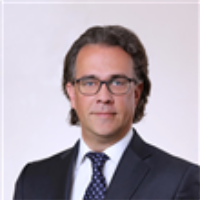 Explore all chapters on Liechtenstein