The Arbitration Law is based on the UNCITRAL Model Law on International Commercial Arbitration 1985 with amendments as adopted in 2006 and provides for both domestic and international arbitrations.

The key distinctions between domestic and international arbitration in the Arbitration Law are as follows: the grounds for refusing recognition and enforcement; the right of appeal only for domestic awards; and the additional requirements for enforcement of a foreign award. Below is a brief explanation of each.

The common grounds are as follows:

The additional ground on which a court may refuse to recognise and enforce a foreign award is if the award has not yet become binding on the parties or has been set aside or suspended by a competent authority of the country in which, or under the law of which, that award was made.11

Second, the Myanmar courts may vary a domestic award, return the award to the arbitral tribunal for reconsideration of the whole or any part of the award, or set aside the whole or any part of the award12 if the court finds that the ruling upon the issue materially prejudices the rights of one party or the parties; the award made by the arbitral tribunal is completely wrong; or both.13 No right of appeal against the substantive decision of a foreign arbitral award exists.

Finally, in the enforcement of a foreign award, the party seeking to enforce must produce to the court:14

The apex court in the country is the Supreme Court of the Union, which exercises both appellate and revision powers. The Supreme Court also has original jurisdiction, which enables it to hear cases as the court of first instance. There are also high courts of the states or regions, district courts, township courts and other courts (e.g., juvenile courts, municipal courts and traffic courts). There are no specialist tribunals in the Myanmar courts hearing arbitration matters. The pecuniary limits of the Myanmar courts are as follows: township courts up to 10 million kyat and district courts up to 3 billion kyat,15 while no limits apply to the high courts. In addition to pecuniary limits, the geographical location of a local party's assets or place of business or of the performance of the main agreement are also factors to consider in determining which court an action should be instituted in.

Enforcement applications or applications in aid of arbitration may be commenced in the district court or high court of the relevant regions or states having jurisdiction to decide the dispute under arbitration as if the same had been the subject matter of a civil suit. 16

The Myanmar Arbitration Centre was officially launched by the Union of Myanmar Federation of Chambers of Commerce and Industry on 3 August 2019. The Myanmar College of Arbitrators was also established at the same time. The College is intended to select, train and certify industry veterans to become arbitrators. However, it is not clear what level of training and accreditation will be provided, and if they will be in conformity with international qualifications. Notwithstanding the establishment of the Myanmar Arbitration Centre, there is currently still no arbitration institution that serves as a focal point for various arbitration activities in Myanmar. There is also currently no framework that supports the proper accreditation of arbitrators in Myanmar, particularly to comply with international standards.

In the period immediately following the enactment of the Arbitration Law, there were significant efforts by, experts from international and foreign institutions such as the Chartered Institute of Arbitrations (CIArb) and the Singapore International Arbitration Centre (SIAC) to assist in the process of establishing Myanmar's arbitration infrastructure. These included conducting training and workshops (with the opportunity for associate membership with CIArb) in Myanmar. The China International Economic and Trade Arbitration Commission Hong Kong Arbitration Center also organised a specialised seminar in 2018 on arbitration for construction disputes, inviting many foreign industry experts to share their knowledge. We have helped to organise various such training and workshops in conjunction with the institutions.

Since 2018, student bodies have also been involved in organising international moot competitions based on simulated arbitrations, including the national rounds of the Willem C Vis Arbitration Moot.

The Supreme Court is supportive of arbitration, and is working with various partners, including the authors, to raise awareness and knowledge of arbitration through training and workshops. We have organised some of these workshops.

All these initiatives are working towards helping Myanmar achieve a functioning arbitration ecosystem. Unfortunately, there has been a slowdown of these initiatives in the past year with the pandemic and this may also be further impacted in view of the announcement of the State of Emergency on 1 February 2021.

Given the lack of an established arbitration framework and institution, there are currently no available statistics on arbitration in Myanmar.

It should be noted that arbitration practice in Myanmar is in a nascent stage.

There have not been any significant developments affecting international arbitration in the last year.

Since the enactment of the Arbitration Law, there have not been any known reported cases developing the local jurisprudence in respect of arbitration.

In respect of applications for a stay of proceedings in favour of arbitration, we are aware of at least one case where a stay was not granted and a number of cases where the outcomes were inconsistently applied (for example, notwithstanding the grant of a stay, in one arbitration case, a court continued to fix court hearing dates at which the parties were required to turn up and update the court on whether the arbitration was still ongoing or whether it had reached a resolution). However, anecdotally and generally, the Myanmar courts have been granting more stay applications and upholding arbitration as the contractually agreed dispute resolution mechanism.

In respect of applications for the enforcement of arbitral awards, we are aware of a successful application and a number of ongoing applications. Notwithstanding the lack of local jurisprudence, the legal position is that foreign arbitral awards from member countries of the New York Convention should be enforced more easily than foreign judgments in Myanmar. As such, parties should consider agreeing to arbitration in a member country of the New York Convention in dealing with parties who are resident in Myanmar or have assets in Myanmar.

There are currently no known investor–state disputes underway in Myanmar.

The number of such treaties entered into by ASEAN Member States (including ASEAN agreements) are as follows:

Myanmar has entered into several bilateral investment treaties including, of note, with China, India, the Philippines, Laos, Thailand and Vietnam.

The most important ASEAN legal instrument to date is the ASEAN comprehensive investment agreement (ACIA), which came into force in March 2012. The ACIA prescribes a detailed dispute resolution mechanism. It provides investors with a list of fora to institute claims via arbitration or through the courts. These include:

Importantly, once an investor resorts to the local courts or tribunals of a Member State with whom a dispute has arisen, the option to institute a claim in arbitration is not available any more.22

These developments are important for Myanmar insofar as providing foreign investors the option to arbitrate their disputes with a government in a neutral forum lends further confidence to investors and the hope that they may be able to hold the government to promises held out by it when an investment was made. Investment treaties offer a host of protections to investors that are crucial to encouraging investment and maintaining the sanctity of those investments without undue interference by governments. Myanmar has previously been at the receiving end of such a claim, the only one to have resulted in a final award, under the 1987 ASEAN Agreement for the Promotion and Protection of Investments. That claim was dismissed, since the tribunal found that certain preconditions under the treaty had not been fulfilled for the investment to receive the protection of the treaty. However, it is not unthinkable that such claims will be contemplated against other Asian countries and Myanmar in the future.

The outlook for arbitration in Myanmar is conservative while the country remains in a State of Emergency. Nevertheless, there are opportunities for foreign experts to play a role in shaping and developing the arbitration landscape in Myanmar.

The key issues are getting the ball rolling for Myanmar-seated arbitrations to be conducted in Myanmar, and for parties to be willing to commence enforcement proceedings of foreign arbitral awards from a New York Convention Member State in Myanmar. The further education, training and development of local arbitration practitioners and the judiciary will go a long way to developing the strong foundations necessary for the development of local jurisprudence and expertise in this regard. This will in turn give parties more visibility and confidence in resolving their disputes via arbitration.

2 Section 3(i) of the Arbitration Law.

3 Section 3(h) of the Arbitration Law.

14 Section 45 of the Arbitration Law.

20 Except in respect of the Philippines, the commencement of an arbitration pursuant to the ICSID Rules is subject to a further written agreement among parties once a dispute has arisen.

21 If either the disputing Member State or the Member State to which the investor belongs is party to the ICSID Convention. 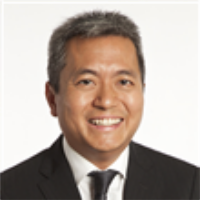 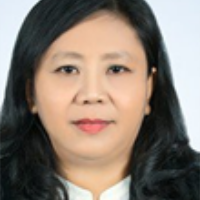 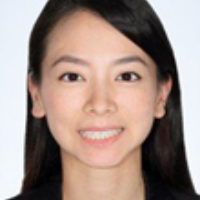 Explore all chapters on Myanmar