Arbitration in Nigeria is regulated by two pieces of legislation: the federally enacted Arbitration and Conciliation Act, contained in Chapter A18 of the Laws of the Federation of Nigeria 2004 (ACA), and the Arbitration Law of Lagos State2 (Lagos State Law). The reason there is a federal law regulating arbitration is historical: prior to the promulgation of the ACA as a federal decree by Nigeria's federal military government in 1988, most states in the federation had their own laws regulating arbitration within their own territory. This was because, under the legislative lists in Nigeria's Constitutions of 1960, 1963 and 1979, the power to make laws regulating contracts lay with the states (or regions pre-1967). During the period of military government, Nigeria was a federation in name only, and the federal government made laws in respect of matters that state governments were constitutionally empowered to legislate upon. After 29 May 1999, when the current constitutional provisions took effect, it became possible for state legislatures to once more enact legislation regulating arbitration within their respective territories. Thus far, only Lagos State has enacted a law regulating arbitration.

The ACA, which was based on the UNCITRAL Model Law, governs both domestic and international arbitration. Part I of the ACA applies to domestic commercial arbitration, while Part III of the ACA applies only to international commercial arbitration. The Lagos State Law 2009 makes no distinction between domestic and international arbitration, and draws heavily on the English Arbitration Act, as well as incorporating some of the 2006 amendments to the UNCITRAL Model Law. This piece of legislation regulates all arbitration references in Lagos State, except otherwise agreed by parties. Notable provisions introduced by the Lagos State Law to remedy perceived shortfalls in the ACA include Sections 21 to 30 of the Lagos State Law, which empower the court to issue interim measures, whether in the form of an award or in another form, or to maintain or restore the status quo pending the determination of a dispute. These provisions capture two scenarios: where a party approaches the court and makes an application for an interim measure before or during arbitral proceedings; and where the arbitrator grants an interim measure in the form of an interim award and such interim award needs to be enforced by the court.

The courts play a supportive and supervisory role over arbitral tribunals, and both laws limit the extent of the courts' intervention in arbitral proceedings. Some of these are applications to court for the enforcement and setting aside of an award, applications seeking coercive orders, or applications for a stay of proceedings or the appointment of an arbitral tribunal. There are no specialist tribunals for arbitration in Nigeria: matters related to arbitration, either for the purpose of enforcement or challenge, must go to a high court in the first instance, and appeals may be made to the appellate courts. Nigeria has both federal and state high courts, and the high court to which matters related to arbitration must be referred is determined by the subject matter of the arbitration, with matters within the exclusive jurisdiction of the federal high court going to that court and all others to state high courts. Arbitration is widely accepted in Nigeria, and there is an increasing use of arbitration as a means of resolving commercial disputes.

Recent trends relating to arbitration in Nigeria have included the establishment of arbitration committees at the federal and state levels, to recommend forward-looking policies and updates to current laws to enhance the preference for arbitration. Nigerian courts have also recently deprecated the rising number of challenges made against arbitral awards, expressing concerns about the effect they may have on Nigeria's reputation as a friendly seat for the enforcement of awards. The covid-19 pandemic resulted in the greater use of virtual hearings in arbitration. Finally, litigation in the United Kingdom and United States related to the award against the Nigerian government in 2017 in favour of a company called Process & Industrial Developments Limited (P&ID), which left a US$10 billion plus debt hanging over the Nigerian government, received a great deal of attention in Nigeria. Although these proceedings did not take place in Nigeria, they have had a significant effect on the manner on which Nigerian parties will approach international arbitration proceedings.

During 2020, Nigerian arbitration proceedings witnessed the wider acceptance of the use of remote hearings. Before 2020, physical hearings of each stage of proceedings (i.e., from preliminary and case management meetings, pre-hearing reviews and evidentiary hearings) were the norm. The use of remote hearings resulted in the issuance of guidelines by various international and domestic arbitral bodies, such as the ICC Checklist for a Protocol on Virtual Hearings, Africa Arbitration Academy Protocol on Virtual Hearings in Africa (2020) and the Chartered Institute of Arbitration's Guidance Note on Remote Dispute Resolution Proceedings.

It is envisaged that this trend will continue beyond the end of the pandemic and the use of technology in arbitration proceedings in Nigeria will remain.

In 2021, the federal Attorney General inaugurated a National Arbitration Policy Committee, whose task was stated as being to develop a transformational policy framework for addressing issues arising from arbitration process and agreements in or concerning Nigeria. Their terms of reference expects the committee to: (1) review the current laws and policies on arbitration in Nigeria; (2) proffer advice on a new national arbitration policy; (3) draft an executive order to support the application of the new arbitration policy across government agencies; (4) develop an implementation plan; and (5) advise on the required infrastructure for setting up world standard arbitration centres in the hub of arbitration in Nigeria (i.e., Lagos State and the Federal Capital Territory of the country, Abuja). Further, the objective underlying the policy is to ensure that Nigeria becomes the seat of arbitration for transactions arising from Nigeria, and for arbitration agreements in respect of contracts between the Nigerian government and its foreign counterparties. Arbitration and other bodies in Nigeria submitted a joint memorandum, in which they cautioned against seeking to use legislation to interfere with the freedom of parties to agree to arbitration and to appoint arbitrators of their choice, irrespective of the nationality and domicile of such arbitrators.

On 6 January 2021, the Lagos Court of Arbitration (LCA), one of the leading local arbitration institutions in Nigeria, announced the establishment of the LCA Arbitration Committee, which is an initiative intended to promote and develop the institution into world-class international status. The LCA Arbitration Committee is composed of 26 highly experienced and reputable professionals active in the field of international arbitration, representing 18 different nationalities, of which 12 are African nationalities. The LCA tasked the committee with reviewing and, as necessary, proposing any updates to the LCA Rules (2018) to ensure that they embody best international practice and pioneer best African practice. Once that task is completed, the committee shall be the final authority for the proper application of the LCA Rules and, in particular, shall be the body performing all tasks relating to the appointment of arbitrators, the challenges to arbitrators, scrutiny of award and controlling costs.

On enforcement of awards, the state and appellate courts in Nigeria continued to support arbitration and to enforce valid awards, an example of which was a decision of the Supreme Court, handed down in early 2021.4

Another notable decision concerned a challenge to jurisdiction of an arbitrator, in which the court set aside an award for being rendered without jurisdiction when a sole arbitrator dismissed the respondent's contention that a notice of arbitration was not served on it and that the arbitrator failed to apply the party agreed applicable laws to the reference.5

Generally, the domestic statute governing investment arbitration in Nigeria is the Nigerian Investment Promotion Commission Act (Cap N117, Laws of the Federation of Nigeria 2004), which deals with investment promotion in Nigeria. Section 26 of the law sets down dispute resolution procedures with preference for arbitration. Section 26(2a) specifically provides that investment disputes involving a Nigerian investor must be resolved by arbitration and in the case of a foreign investor, Section 26(2b) provide that such disputes must be resolved 'within the framework of any bilateral or multilateral agreement on investment protection to which the Federal Government and the country of which the investor is a national are parties'.

For 2020, an award was published on 6 October 2020 in Interocean Oil Development Company and Interocean Oil Exploration Company v. Federal Republic of Nigeria (ICSID Case No. ARB/13/20)6 in favour of the Nigerian government. The dispute involved an allegation of indirect expropriation and breach of customary international law between Interocean Oil Development Company and Interocean Oil Exploration Company, two American companies, as claimants and the government of Nigeria, as respondent. The claimants claim that their investments in a shell company, Pan Ocean Oil Company, which owned 40 per cent interest in some oil assets, were unlawfully expropriated by the Nigerian government. Particularly, the claimants maintained that the agencies of the Nigerian government (the Nigerian National Petroleum Commission, the Corporate Affairs Commission) and local courts that sanctioned the dilutive corporate actions of the shell company, resulted in the reduction of the claimants' interest in the shell company, and of course the oil assets, thereby leading to an indirect expropriation of their investments in Nigeria by the respondent. In the end, the ICSID tribunal dismissed all claims on the merits and concluded that the claimants did not exhaust domestic remedies (like appealing the federal high court decision that approved the corporate actions of the shell company) before referring the dispute to arbitration, and that the actions and inactions of the national agencies of Nigeria and the local courts, being not in breach of relevant provisions of the International Law Commission's Articles on State Responsibility for Internationally Wrongful Acts (ILC Articles) could not tantamount to an indirect expropriation of the claimants' investment. The tribunal further held that the claimants failed to prove that minimum standard of treatment and fair and equitable treatment standards required in international investment arbitration were breached by the respondent. The tribunal therefore awarded costs in the sum of US$660,129.87 in favour of the Nigerian government.

The outlook for arbitration in Nigeria remains bright. The lessons of the federal government's, initially, poor response to the P&ID claim has emphasised the importance of parties paying careful attention to arbitration clauses in their contracts, and ensuring that proper attention is paid, at all times, to the process, from the appointment of counsel through to the appointment of the arbitrators. The P&ID case was clearly the immediate reason for the establishment of the National Arbitration Policy Committee. The positions previously taken by its chairman have given rise to some concerns about the direction in which its recommendations may head, but the position, strongly and jointly articulated by a group representing Nigerian users of the process7 will hopefully prevent any policy that will adversely affect the principle of freedom of contract and party autonomy.

1 Babajide Ogundipe is a founding partner, and Olamide Aleshinloye and Olayinka Ajose-Adeogun are associates at Sofunde, Osakwe, Ogundipe & Belgore.

3 Highly favoured by Nigerian government entities, although that is not to say that the centre is not independent. 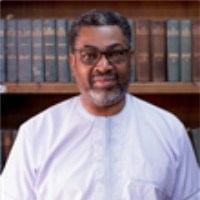 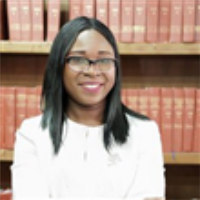 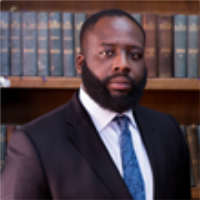 Explore all chapters on Nigeria