Over the past few years, Brazil has undergone constant and significant development of its equity and debt capital market regulatory framework. The Brazilian capital market regulatory framework has been subject to various amendments and updates in an attempt by the local regulators to simplify, consolidate and modernise rules, promote higher standards of efficiency, especially regarding public offerings, as well as to stimulate the adoption of better corporate governance requirements, and to foster access to the capital markets for Brazilian issuers and investors.

Despite the political and economic crisis that Brazil has been going through over the past years and the effects of the covid-19 pandemic, a significant number of public offerings have been implemented in the local markets. In fact, the volume of securities offerings in the Brazilian capital market hit its record high in the six-month period ending on 30 June 2021. According to the Brazilian Financial and Capital Markets Association (ANBIMA), the volume of offerings carried out in the first six months of 2021 is 65 per cent higher than the volume of offerings performed in the same period of the previous year.2

In this respect, it is noteworthy that the Brazilian capital markets had registered a volume of 304,6 billion reais in transactions from January until the end of July 2021 according to the ANBIMA database,3 with particular emphasis on transactions involving debt and equity securities, such as debentures and shares. This impressive performance by the local capital markets in the context of the covid-19 pandemic is intimately related to the expectations regarding the recovery of the economy and the progress of the vaccination against covid-19. Local equity offerings of note until August 2021 included those implemented by Intelbras, Multilaser, Jalles Machado, CSN Mineração, Caixa Seguridade, Armac and Raizen, among others. The performances of the fixed income and the securitisation markets have also shown resilience. In fact, until July 2021, the total amount raised by companies through debentures public offerings overcame the volume raised by debentures offerings in the same period of the previous year.

Furthermore, public policy of the federal government has seen investments in infrastructure, the privatisation of public companies and the performance of several reforms to reduce public expenses and bureaucracy, which has had a positive effect on market perceptions regarding Brazil. Specifically, long-term infrastructure financing performed by means of capital market transactions has been gaining prominence over the past few years, with consolidation of the use of instruments such as infrastructure debentures (created by Law No. 12,431) and evidenced by the large number of local companies relying on public offerings of these types of debt instruments to obtain the funding required for their infrastructure projects.

The Brazilian financial and capital markets system is a highly regulated sector and is essentially composed of regulatory bodies, such as the National Monetary Council (CMN) and the National Council of Private Insurance, and supervisory bodies, such as the Central Bank of Brazil and the Brazilian Securities Commission (CVM), which supervise, regulate and inspect, as the case may be, publicly held corporations, financial institutions and stock exchanges, among other entities.

Typically, federal laws applicable to the capital markets in Brazil, such as Brazilian Corporations Law and the Brazilian Capital Markets Law, contain general provisions and their main purpose is to establish the composition of the Brazilian capital markets; the persons entitled to operate as agents in the market; and the different independent agencies with powers of oversight and the limits of their authority. The regulations setting out the specific rules with which each market participant and transaction has to comply are the CVM instructions, Central Bank circulars and CMN resolutions. This system benefits the Brazilian capital markets, as the enactment of laws is a very bureaucratic procedure and cannot keep pace with the constant changes to which the financial and capital markets are subject, and the enactment of Central Bank, CMN and CVM regulations involves a quicker and more effective way of regulating the markets.

Most of the relevant capital market regulations have been issued by the CVM in an attempt to update and modernise the Brazilian market. Note the following in particular:

Another element in the structure of the Brazilian financial and capital markets is ANBIMA, a self-regulatory agency that requires compliance by its associates (inter alia, banks, underwriters, brokerage firms, investment banks) with the set of rules that it has created to improve standards of corporate governance. Currently, ANBIMA has a partnership with the CVM to expedite the registration of public offerings. Through this partnership, ANBIMA is responsible for examining and requesting changes to the documents for public offerings (ANBIMA's time limit for changes to documents in a regular public offer is much shorter than the CVM's) and, once ANBIMA is satisfied with the documents, the public offering is subject to final approval by the CVM.

Brazil currently has one registered stock exchange that allows companies to publicly trade their shares, debentures and other equity and debt securities, the B3 SA – Brasil, Bolsa, Balcão. In addition to the regulations provided by the CMN, the CVM and the Central Bank, publicly held companies that wish to trade their shares on the stock exchange must comply with B3's regulations (which contemplate, inter alia, regulations on minimum corporate governance requirements that must be observed by listed corporations).

Update of normative acts in consonance with the Federal Decree 10,139

In harmony with the provisions of the Federal Decree 10,139 of 28 November 2019, over the past two years, CVM has increased its efforts to review and consolidate normative acts with inferior hierarchy. In this regard, CVM has updated some rules and revoked those rules that were no longer applicable. As examples of this organisational activity, CVM enacted Resolutions CVM No. 13 of 18 November 2020 (Resolution CVM 13) and Resolution No. 17 of 9 February 2021 (Resolution CVM 17).

The Resolution CVM 13 was enacted to substitute the CVM's Normative Ruling No. 560, which provided rules for the registration, requirements and disclosure of information for foreign investors. No major changes were performed by means of the new rule, but new provisions regarding digital documents and storing information were included.

The Resolution CVM 17, in turn, was enacted for the purpose of replacing the CVM's Normative Ruling No. 583 of 20 December 2016, which regulated the activities of the fiduciary agents. The Resolution 17 also did not perform material changes to the rules that were in force, even though it established new rules on digital documents and storing information and the requirements of disclosure of information by natural persons who act as fiduciary agents.

On 8 April 2021, CVM enacted Resolution No. 27 (Resolution CVM 27), which establishes that the use of subscription forms in public offerings is no longer required when a simpler acceptance document is executed by investors. This document must contain the following information:

Notably, for subscription of securities by institutional investors,6 the execution of neither the subscription form nor the acceptance document is required.

The main changes and innovations provided by the new rule are as follows:

Amendments to the Brazilian Corporations Law

On 26 August 2021, the Brazilian Congress enacted the Federal Law No. 14,195 (Law 14,195), which establishes new rules for the protection of minority shareholders, foreign trade, reduction of corporate bureaucracy and procedural acts, among others. To fulfill its purposes, Law 14,195 implemented several changes on Brazilian Corporations Law, including:

As a way to foster foreign investment in the country, Brazilian tax regulations have since the 1990s7 provided a favourable regime to non-resident investors that carry out investments in the Brazilian financial and capital markets.

Prior to 6 May 2016, Brazilian regulations did not provide a specific 'look-through' rule to reach the party deemed to be the beneficial owner of a given investment structure, and therefore entities that were required to have CNPJ registration did not have to disclose any information on the ultimate beneficial owner of the investment.

While these UBO rules relate mainly to the disclosure of information, after they came into force, the tax authorities began to dedicate significant efforts to auditing local custodians and fund administrators9 to verify the identity of the UBO of a number of investment structures and ascertain whether the 4,373 investors who had been benefiting from the favourable tax treatment in fact complied with the requirements stipulated in the tax legislation.

In general, MP 898/19 had as its primary goal an unrelated matter, which was to introduce changes to the Bolsa Familia financial assistance programme for low-income families. In reviewing these changes, Congress sought to also change the taxation of Brazilian investment funds, to create a potential additional source of tax revenues to help the government fund the changes to Bolsa Familia.

Among the main changes that would be brought about by the proposed legislation, the following are of particular note:

Ultimately, however, MP 898/19 was not voted on by Congress within the statutory deadline provided in the Constitution, and therefore the potential effects discussed above will only assume significance if another bill of law or provisional measure with similar contents is raised, which may or may not happen in the near future.

Further to the above, the Brazilian government has recently proposed a Brazilian tax reform, by means of which the government intends to promote a series of changes concerning the taxation of Brazilian legal entities, investment funds and natural persons, as well as the taxation of transaction carried out in the financial and capital markets as a whole, mainly under the argument that the reform would simplify the Brazilian tax regime and make it more distributive.

If the Brazilian tax reform is approved in 2021, then those changes would only come into force from January 2022. However, discussions are still ongoing and there is no assurance that the proposal will not have to undergo changes until its approval (or rejection) by the National Congress.

Brazil has a comprehensive legal framework in terms of securities laws and regulations applicable to investors and issuing companies, and requirements that must be observed for each type of equity or debt security. In recent years, local regulators have enacted a number of rules completing and updating this legal framework to provide local companies with better access to the capital and financial markets, and detailed guidance and transparency to local and foreign investors who are willing to acquire securities issued in Brazil.

This effort – evidenced in recent years in the enactment of the rules described in this chapter and of others in previous years – is recognised by market participants. In fact, its results have been verified in practical terms: despite the current economic and political crisis affecting Brazil, a significant number of debt and equity securities public offerings have been observed in the local market in recent months, showing that both investors and issuing companies increasingly rely on the capital markets for their (short- and long-term) funding and capital needs.

6 For the purpose of Resolution CVM 27, the following entities or persons are considered an institutional investor: (1) financial institutions and other institutions authorised to operate by the Central Bank of Brazil; (2) insurance companies and capitalisation companies; (3) open and closed supplementary pension entities; (4) equity funds; (5) investment funds registered with the CVM; (6) investment clubs, provided that their portfolio is managed by a portfolio manager of securities authorised by CVM; and (7) non-resident investors with qualifications similar to those of the categories listed in the abovementioned items in their respective countries of origin.

8 Normative Ruling No. 1,634, effective on 1 January 2017, amending the regulations applicable to the CNPJ. 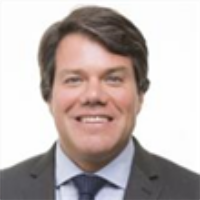 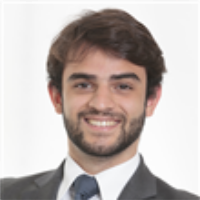 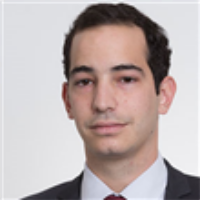 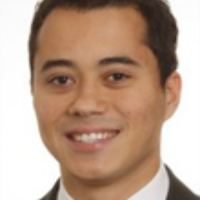 Explore all chapters on Brazil