Well, we did not see that one coming!

When the ninth edition of this volume appeared a year ago, we did not see the coming pandemic, lockdowns and working from home (WFH).

We knew even then that there would be new challenges ahead for the capital markets. We knew, for example, that key interbank offered rates (IBORs), benchmarks on which so much financial market activity relies, would be undergoing a period of change and that market participants would have to face up to the adoption of alternative rates and consider adjustments to legacy transactions based on LIBOR or other previously used pricing sources. No one said LIBOR migration would be easy. And that challenge has not gone away. The message from many key regulators is that, pandemic and other operational complications notwithstanding, the shift remains on track. LIBOR, supporting as it does hundreds of trillions of dollars of market activity, is slated for replacement by the end of 2021!

But we did not see and anticipate other challenges brought about by covid-19, basic as some of these may have been, and hidden as they may also have been, in notice provisions and other boilerplate buried in the back recesses of our transaction documents. How do you give effective notice to offices closed (often with the force of law) and with the decentralisation of WFH? If none of the methods contemplated by the parties' agreement can be used, may a different method be used instead?

Challenges though there may be, the capital markets have nonetheless shown their resilience. As I write this preface, Jack Ma's Ant Group has just filed for an initial public offering in Hong Kong and Shanghai that is expected to raise about US$30 billion, in what could be the world's largest offering ever.

And so international capital markets lawyers are still in business, still relevant. But our modus operandi may have changed a bit. In this world of WFH, we keep company with the books on our bookshelves more than we do with the other lawyers in the building. In circumstances such as these, there are ever more compelling reasons to keep this particular volume on our shelf. We can expect to turn more often to published answers when we cannot consult the practitioner in the office next door as easily.

As I have written before, this book serves two purposes – one obvious but the other possibly less so.

Quite obviously, and one reason for its continuing popularity, The International Capital Markets Review addresses the comparative law aspect of our readers' international capital market (ICM) workload and equips them with a reference source. Globalisation and technological change mean that the transactional practice of a capital markets lawyer, wherever based (even WFH), no longer enjoys the luxury – if ever it did – of focusing solely on a home market within the confines of a single jurisdiction. Globalisation means that fewer and fewer opportunities or challenges are truly local, and increasingly technology permits practitioners to tackle international issues.

Ironically, the second purpose this book aims to serve is to equip its readers to do a better job as practitioners at home. In other words, reading the summaries of foreign lawyers, who can describe relevant foreign laws and practices, is perfectly consistent with and helpful when interpreting and giving advice about one's own law and practice.

As well as giving guidance for navigating a particular local but, from the standpoint of the reader, foreign scene, the comparative perspectives offered by our authors present an agenda for thought, analysis and response about home jurisdiction laws and regulatory frameworks, thereby also giving lawyers, in-house compliance officers, regulators, law students and law teachers an opportunity to create a checklist of relevant considerations, both in light of what is or may currently be required in their own jurisdiction and also as to where things in that jurisdiction could, or should, best be headed (based on the best practice of another jurisdiction) for the future.

Thus, an unfamiliar and still-changing legal jurisdiction abroad may raise awareness and stimulate discussion, which in turn may assist us as practitioners to revise concepts, practices and advice in both our domestic and international work. Why is this so important? The simple answer is that it cannot be avoided in today's ICM practice. Just as importantly, an ICM practitioner's clients would not wish us to have a more blinkered perspective.

Not long ago, I had the honour of sharing the platform with a United Kingdom Supreme Court Justice, a distinguished Queen's Counsel and three American academics. Our topic was 'Comparative Law as an Appropriate Topic for Courts'. The others concentrated their remarks, as might have been expected, on the context of matters of constitutional law, and that gave rise to a spirited debate. I attempted to take some of the more theoretical aspects of our discussion and ground them in the specific example of capital markets, and particularly the over-the-counter derivatives market.

Activity in that market, I said, could be characterised as truly global. More to the point, I posited that, whereas you might get varied answers if you asked a country's citizens whether they considered it appropriate for a court to take account of the experiences of other jurisdictions when considering issues of constitutional law, in my view derivatives market participants would uniformly wish courts to at least be aware of and consider relevant financial market practice beyond their jurisdictional borders, and comparative jurisprudence (especially from English and New York courts, which are most often called upon to adjudicate disputes about derivatives), notwithstanding that traditional approaches to contract construction may have differed between courts in different jurisdictions.

With so much at stake given the volumes of financial market trading on standard terms, and given the complexity and technicality of many of the products and the way in which they are traded and valued, there appears to me to be a growing interest in comparative law analysis and an almost insatiable appetite among judges at least to know how experienced courts have answered similar questions.

There is no reason to think that ICM practitioners would be situated any differently, from judges in this regard or would be less in need of or benefit less from a comparative view when facing the often technical and complex problems confronting them. After all, it is only human nature to wish not to be embarrassed or disadvantaged by what you do not know.

Of course, it must be recognised that there is no substitute for actual and direct exchanges of information between lawyers from different jurisdictions. Ours should be an interdependent professional world; a world of shared issues and challenges, such as those posed by market regulation. A world of instant communication. A world of legal practices less constrained by jurisdictional borders. In that sense and to that end, the directory of experts and their law firms in the appendices to this book may help to identify local counterparts in potentially relevant jurisdictions (with new jurisdictions having been added this year – Austria and Taiwan). And, in that case, I hope that reading the content of this book may facilitate discussions with a relevant author.

In conclusion, let me add that our authors are indeed the heroes of the stories told in the pages that follow. As I wrote in the preface to the last edition, my admiration for our contributing experts continues. It remains, too, a distinct privilege to serve as their editor, and once again I shall be glad if their collective effort proves helpful to our readers when facing the challenges of their ICM practices amid both the growing interdependence of our professional world and, now, the coronavirus pandemic and its impact on the global economy. 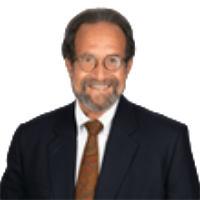